So over the past year or two I've tried out a variety of different keyboards with different switch types. I started out with Cherry MX Browns and graduated eventually to the Unicomp classic with buckling spring switches.I grew to like the feel of buckling springs but found the keyboard to be problematic when gaming. I'm by no means a hardcore gamer but it is quite frustrating to do a keypress expecting something to happen and then it doesn't. The Unicomp keyboards, with their 2KRO, don't cut it.

I moved on to the Das Keyboard Professional 4 with MX Browns, then back to Unicomp, then another keyboard with MX Blues, then another with MX Clears. Feeling adventurous, I tried a keyboard with Topre switches. It was a somewhat unique experience but once the new keyboard feel wore off I found myself again disappointed.

In the end, my impression with Cherry MX is that it's a cheap feeling compared to buckling springs. The buckling spring switch always seemed to have a 100% accurate tactile response wheras the Cherry MX switches never do -- it actuates just below that tactile response. Especially noticeable during repeated keypresses. That, combined with the lower resistance and several other factors make using them rather unsatisfying by comparison.

My perfect keyboard would be something similar to buckling spring with rollover good enough to not be noticeable during normal use. I don't want to buy used. Unfortunately it seems like I'm looking for a unicorn. Thoughts/suggestions about a good keyboard for me?

Not sure what this is about. Maybe a bit of an introduction to the thread you expect to grow here.

If the ErgoDox Infinity and the Microsoft Ergo 4000 had a baby I would be very happy.

It's one half incoherent rant and one half taking suggestions for keyboards to try.

Yep... I've got an ergodox infinity, and plan on making my own enclosure for it at some point. I like the layout, but I want one whole keyboard as opposed to two half keyboards.

Once I get a 3D printer, I'll start "designing" a "case" for it, but I'm reasonably sure it'll mostly involve literally bolting the two halves together in a slightly tented configuration. As a bonus, I should have room for a small USB hub underneath the middle.

@TheOtherDave Can you post some pictures of your ergodox please?

I would also be willing to help you model your enclosure seeing as I will likely be going that route as well. I am on Linux so I would probably have to model in blender.

I would really like to have some sort of adjustability where you could control the pitch and yaw of each side. Plus if I was to go through all of that effort, it would have to look good.

Keep the Model M and get yourself a Soarers Converter. Basically a teensy between the board and PC. I don't have one myself but some searching will tell you if it is 6 to N key rollover with it.

All the joy of buckling spring, all the new timely goodness of modern keyboard controller.

I'm not quite sure about a suggestion for you because I'm certainly not qualified or experienced enough to make one. Personally, the blackwidow ultimate suits me best. I love the ease and click of it. I can type so fast with it.

I won't be in the same place as it for a few days, but the only real change I've made from stock is adding the "full hand add-on" https://www.massdrop.com/buy/18725

Also, since I don't have access to the tools to "correctly" make the enclosure I want, I positioned the little rubber feet in a straight line down the outside edges so that I can put an appropriately-sized object (which happens to be a broken USB hub, funnily enough) under the inner edges to tent the two halves how I like. It's a bit wobbly if I put too much weight on palm rest, but it'll do until I can get a 3d printer.

Unfortunately it seems like I'm looking for a unicorn.

I feel like a unicorn would make for a pretty shit keyboard.

Very nice! I love how these keyboards look.

They type pretty well, too :-)

There are some things I'd change if I was building my "perfect" keyboard from scratch, but the ergodox is pretty close to what I ultimately want... close enough that even if it can't get me there, I'll enjoy the ride. 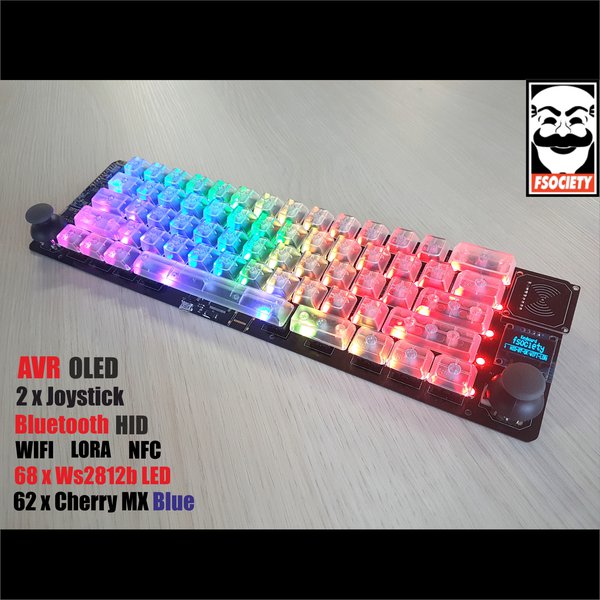 As a matter of fact, people nowadays can easily spend >10 hours a day in front of a computer; wiggling the mouse, click and clacking the keyboard, those things are just inseparable part of our modern life. HID such as keyboard has simply become an...

No disrespect intended but I hate the trend of adding lighting to everything.

It doesn't have enough (also not the cool part about it if you haven't seen it b4... Only takes a second to look.....)

A cool piece of tech. You are referring to the joysticks?

True wireless keyboard
No wires allowed. Communication and charging everything is done wirelessly.

This would have been kool too.... Don't ask me how much I kicked in for this failure....sob 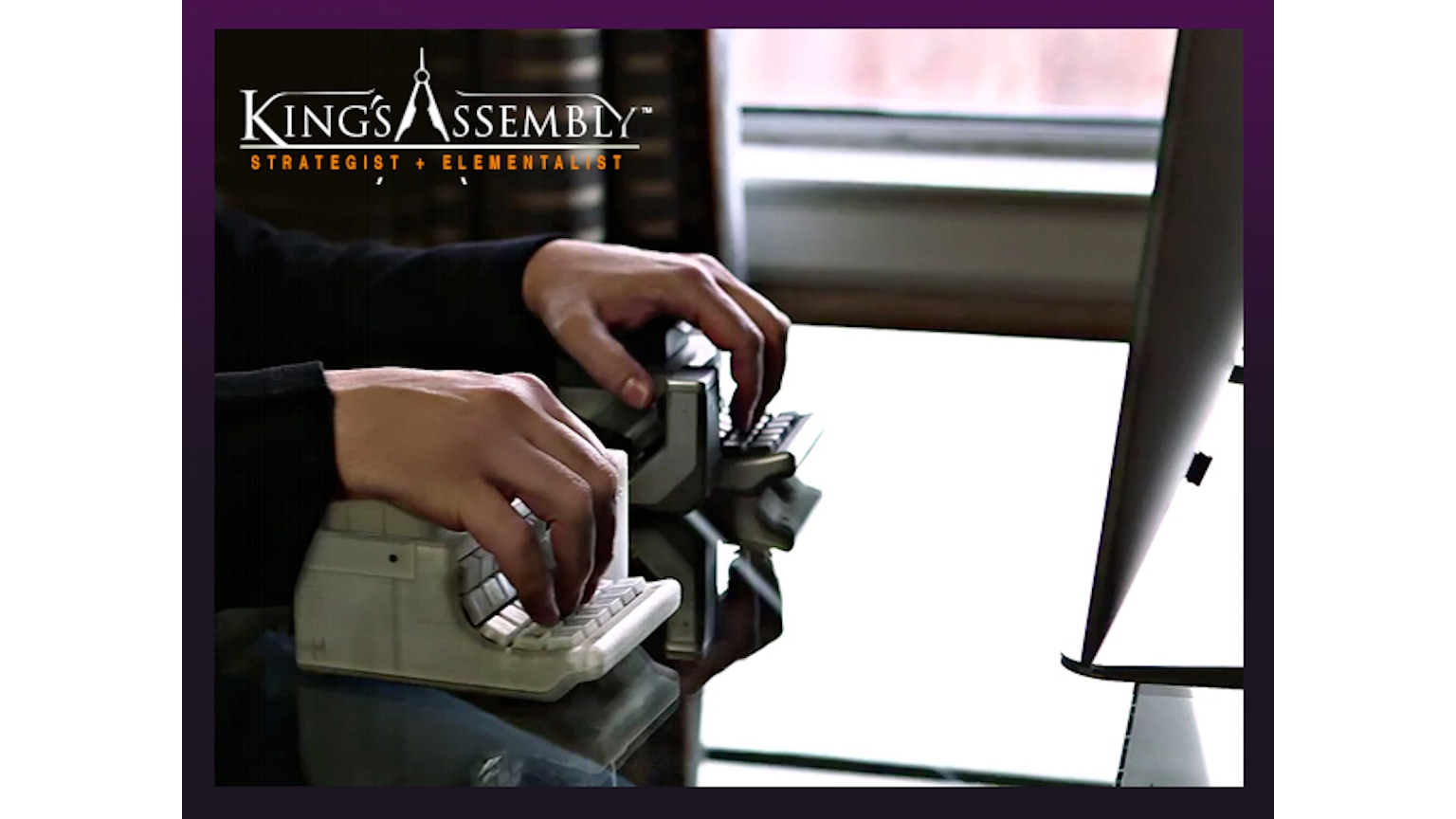 A high-precision laser mouse. A full mechanical keyboard. An analog joystick. Together.

Massdrop has the Ergodox kits up probably once or twice a year... Their physical layout/dimensions are up on GitHub and, at least for the Infinity variant that Massdrop sells, the firmware and PCB are open-source. If you wanted to add a built-in mouse/joystick to a keyboard, I can't think of a better place to start. Even if you decide to build completely from scratch hardware-wise, their firmware might work for you as-is. The developer's site (https://input.club) has a section in their forums for DIY keyboards, and I think I remember the guy saying that he was going to add mouse/joystick support.