The pentium 4 is good if you need to do 5 different things at once then good. Thats all you're going to get. Also on the newest possible P4 machines you can play skyrim! (I played skyrim on one as well as.... well basically everything on my steam until early last year).

In my last noting of the Pentium M, I sad that most of its compatibility items (PAE, NX, etc) are turned off. On a pentium 4, as long as you update the microcode to the CPU at some point after your install (linux will do it for you, windows 10 will also do it I believe?), you will actually have a good and solid box. Depending on if you get an LPGA or the on chip one you can have 2 or 4 GB of ram. You don't need more than that, honestly. I did streaming and I didn't need more than 4.

Anyways you won't be streaming on a pentium 4. At least to twitch anyways. They can handle a good amount of games (up to like 2011 as far as I have tested) and nearly all video can be played on youtube aside from 4K. 1080p just takes a while to load but does ok. I would recommend getting a later CPU than one of the starting ones for the higher cache and clock rates. Even with the code bump, a 1.4 GHz chip is shit no matter what you do with it.

Games I would recommend:
Anything pre 2005 (can play with an ATi 9800 and that is normally enough)
League Of Legends
CS:S
Deus Ex (all of them run great. I would look for a Winfast PX7900GT [the only Nvidia GPU I will bat for as a good fucking card[)
CS:GO I assume is playable, but I would get a good GPU. ATi HD 5850 AGP will do.
Minecraft is good
most anything will work, as I said, up until 2011.

Next post will be on what apps, best OS, and possibly hardware pairings after that.

Depending on which particular pentium4 cpu´s you are refering to?

Many of mine are prescitts, but some are gallatins, I think but the general consensus is going to be that the first ones were 1.2 ghz to 1.6 and that'll be way to low for most, which is why I said to look for the later mavhines that are 2.5 ghz and up. However if you have one of the first 2.4 ghz HT machines they are pretty solid as well.

Edit: I do want to point out that the btx format machines are superior to the atx standard ones. Cooling is done differently and the layout makes more sense. Addon fans are also placed in just smart places rather than crammed wherever the hell they will fit. The next post will be atx v. btx.

If you used a pentium 4 when they were new and maybe built your own you'll know they were hot little shits and had no intention of stopping it. If you haven't heard the term, I would like to introduce you to the BTX motherboard format. This layout was create by HP, dell, and Gateway in attempts to solve the problem of pentium 4 cooling as well as the bullshit heat that atx produces.

BTX basically is ATX flipped upside down and turned 180 degrees. The CPU and Ram are in the front of the case and air is blown over them into the back of the case. The heat is rather quickly sucked up by the power supply (some had a specific "heat path" to blast heat out) and ejected leaving the PCI cards in the bottom of the case to stay rather cool. I believe Dell still uses BTX bythe way.

Now how is this better than ATX and why should you look for a BTX machine instead of an ATX machine? This sort of system is built with the idea that keeping that P4 as cold as possible is going to keep is as fast as possible. Heat will also be cycled out of the case as fast as the fans can go instead of being blown around in a circle forever until it leaks out of the back or is blown straight into a fan to be carried out somewhat quicker. In truth, ATX is a bit worse as BTX is taken from a design similar to servers. All of the problems that AMD chips have had with heat can easily be solved with a btx format but only industry companies that prebuild machines (Dell basically) even use this format anymore.

So if you get a P4 for 5 bucks from a yardsale, make sure it works and if its BTX you have a done deal.

I built a p4 2.4 ghz prescott with 2gigs of ram and a geforce 6200 agp. It plays games from the 98 and XP era like a charm and I love it! I wonder what recent game it could push....maybe not much since my board is limited to agp cards.

Back around that time, i went with an Athlon XP 2700+. My friend went with a P4 2.6ghz. We agreed that both of our PCs were comparable in terms of performance. Though, i had a slightly better GPU.

I still have a machine with a Pentium 4 517 which is clocked at 2.93GHz and has hyper-threading. I don't really use it much anymore but at the time it was one hell of a machine.

dual p3 was better, and amd athlon was also better.

Not exactly the point of the thread but ok?

i know its not the point of it.
athlon 64 was beating p4 in pretty much everything... 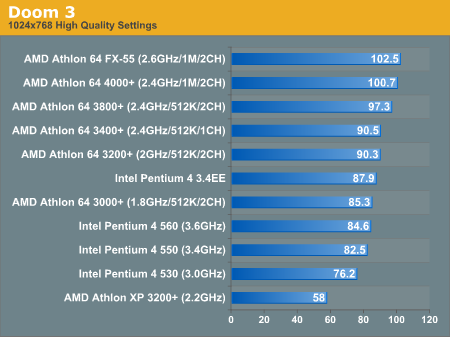 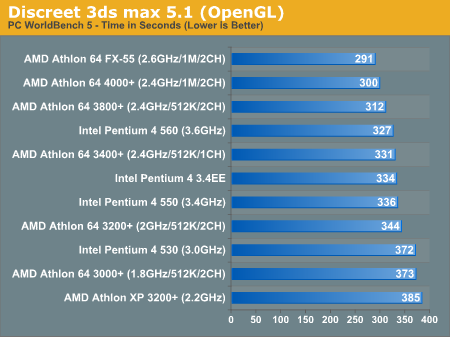 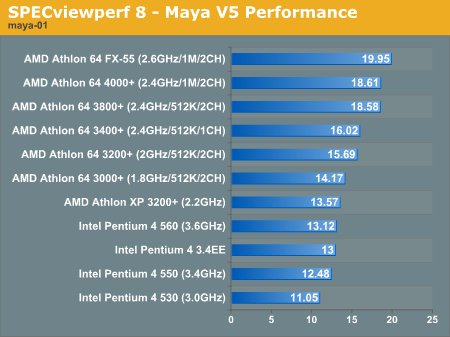 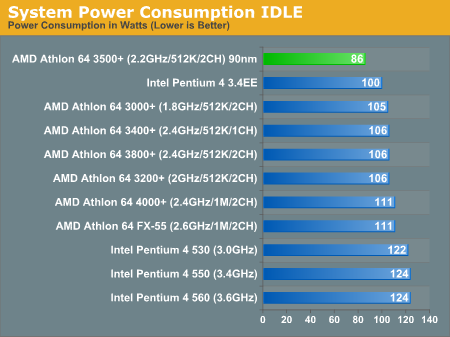 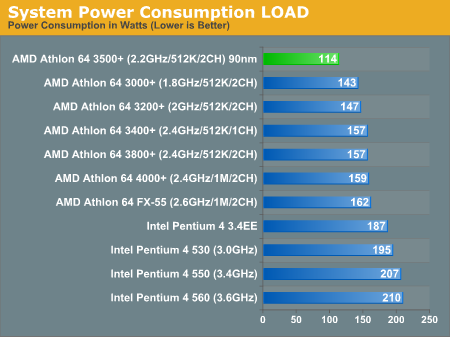 Again, not sure why you're posting this.

My why in the world threads are why to use this hardware years after the release with the microcode getting fixed and there being ways to hack it. I mean good for you and your athlon, I'm an AMD user myself, but this isn't really a place for it. Go ahead and start a thread in competition with mine if you like :U

And of course it was it was 64 bit and soon after (like a year) dual core as well.

What OS and What Uses?

A pentium 4 is a VERY simple chip by today's standards. Though a lot of people underestimate the lowly P4. What has to be noted is WHAT you want to do, OPEN or CLOSED source, and how much RAM you have. My example system is a dell workstation with a 3.6 GHz Extreme (first set) chip. I have 2 gigs of ram in the system, Sata available for use (4 slots in fact) AND the system is overclockable making its BTX format competitive to other workstations of the time. My overall plan is to actually use it as an audio workstation using Ardour and REAPER for the audio work ahead of me. For each I only need a gig alotted to the software in ram and about 387 MB ram for the OS.

For MY SPECIFIC machine I am going to be using either an ATi RAGE 128 GPU for display or I will figure out a better card. Because of this I have 2 options: 1) Windows XP. 2) A linux (ARCH or Ubuntu Mate are my prefs).

XP is actually still a really good system provided you don't do anything super duper stupid on it. Most software works on it still and updates are still available. Ubuntu will actually end up being the better system in the end as I only have IDE drives available to me and a filesystem like xfs or jfs will make the lag more bearable. That being said, I will not be using anything past IDE speed4 drives (seagate barracuda IV's [ 2x 40 GB for boot of linux AND XP just in case], WD409B [another 40 GB drive for bounce space and swap as well as audio storage] and a seagate barracuda V [200 GB storage]) as they are both the newest I have and the fastest that will work really well in the system altogether. Despite what people say, IDE still does rather well and isn't as slow as one may think. Some think of the windows 95 days but it really depends on your CPU and FSB speeds in combo with transfer rates and what you're expecting your machine to do. I'm not an audio professional, therefore I really do not give a crap if it takes a minute or two for my machine to boot.

I did use to use a P4 machine as a daily driver so I know that it will take about a minute and a half for it to completely boot and about 10 minutes to load and render a minute and a half audio project. Actually probably 6 as I am going to overclock my chip some and see if I gan det 3.8 GHz or maybe even 4 out of it. That WOULD be quite interesting. Forgot hyperthreading so with OC and HT I'll expect 5-6 minutes for load, sequence, and render procedure when I want to make my track into an MP3. Sounds like a dream but it has happened that fast on a lesser chip for me before. If nothing else I can live bounce the track at MP3-256 and that will take as long as the track plays. No problem.

So, recapping, we're using an overclockable hyperthreaded chip with a specific goal in mind and limited hardware speeds. This is not going to be a major project computer, but good enough to learn with and use. If one were to do a similar project an apple G5 would be a better buy (in my opinion) or whatever they had spare that was newer than a P4. I know that not many are going to use a P4 machine for this sort of thing, but I think it is a good example of what I know what they can do, how long it takes, and what all I can expect.

I'll do my next part on what a good linux setup would be for the hardware I am using as I start and proceed with my project over the coming weeks.

Thanks for reading so far if you have :3

I should also at some point probably combine all these posts huh? I guess I'll do that when I am done or something.

HARDWARE and linux, what OS and what else?

As of now my P4 system has Ubuntu Mate installed and I actually managed to find an ATi 9600..... SE. After a littel research I found that its the exact same chip with 64 bit memory and the clock turned down. Not too worried about that since this is going to be a digital audio workstation. I also want to warn that if you didn't spend any money on the machine that you should go in expecting anything. After setting up bios and tooling everything in where need be I discovered that one of the IDE slots doesn't work. I only need one really and I can get a double cable and redo the install no big woop, I just don't have a CD drive at the moment :P So expect small things like this.

Anyways, the hardware lineup is an ATi 9600SE, D-Link wireless G wifi card, Soundblaster Live sound card (I don't trust the dell chipsets for anything), and a SCSI 3 card I will most likely just play with, but it does work and if I get some drives it opens up space that I may need later. Handy.

So far Ubuntu Mate is super snappy as well. As fast as my desktop and I have a sneaking suspicion its because I separated / and /home. I will add on later if I use another OS like Arch or Netrunner but for now this is fine. Follow this sorta build and you should be OK.

Also if you manage to find a dell Dimension 8700 and you feel like dicking around with a computer go ahead and grab it! They're basically free now.