The OS No Longer Matters

inb4 "But this industry but that industry but my industry" this is a thread for desktop users. If you are analyzing microbiology and you need AD for your networked dick pics folder at work, whatever. This is a thread concerning desktop users from Tax Returners to Coders to Gamers to Youtubers. Also, if the legion of AKCHYUALLY pops up, I'm just going to ignore you and not care.

Around 9 years ago PC's were a new thing to me. I never really played with them much the same as I played with legos, power tools, or my playstation 2. We didn't have money and what I did have for a PC was kept as safe as possible. At the same time I was sick of my PC constantly breaking from windows updates and the virus problem was driving me nuts. Because of this I jumped onto linux. I didn't know anything about it, what any of the main distros were, anything about package managers, nothing. I thought ubuntu looked pretty stupid so I grabbed YLMF because it was apparently good for Pentium M laptops. Because of that jump I learned about Terminals, the kernel, package management, I found IRC. I must have spent 3 months playing with IRC alone and my grades suffered for it. I didn't care. I was happy with what I had for once. It was less of a tool and precious item and more of an exploratory thing.

Then pulseaudio came out and I thought I killed my computer. No, pulse is just trash.

Nowadays I'm still a linux user. I'm still a gamer, into streaming, doing linux things, and writing stuff. I don't have to worry about license fees, about my PC resetting in the middle of a stream or a live CSS pug, I just go on with my day. At the same time I learn about OSX and how to use it. Aside from needing ports to get some of my tools, and even then still needing to learn some of the mac tools, I still do a lot of the stuff I do in linux. Then, on the rare occasion I am stuck at windows, I just figure my shit out along the way. Though for all these environments I can get comfy in any one of them and find myself a month later thinking about a tool I need in something else or how the new linux kernel comes out soon so I need to bench my hardware and take notes.... I just end up back in my little XFCE/AwesomeWM/Openbox linux environment doing my normal thing. Easily I could do my thing in OSX or windows (if windows would work on my stuff correctly), but I end up in what I find comfy. And thats ok, thats perfectly fine.

But even so, every day I see the lines blurred out more and more. The windows DE gets a lot of bug fixes every day, OSX Ports get some new apps, new FS, new code, more docker..... Hell even game ports and GPU driver updates. I see so many things start to cross over now; its amazing to see. KDenLive has a freaking windows version now! Amazing! Linux is getting AAA games day by day! Wow! OSX is becoming..... Well to be frank its becoming BSD plainly, but thats still really cool!

The more I watch the modern OS plane is becoming as flat as Ohio. We're seeing more and more crossovers in apps, games and drivers that theres less and less of a difference no matter what you choose. I find that really cool.

And for the legion of akchyually, icon related.

Aremis: "You use the OS, and not just the apps as many claim"

Also Aremis, about a week later: "Your Choice of OS doesn't matter"

Depends on the user sir

It's ok to be wrong, but at least be consistently wrong, man.

Being able to do most of the same things doesn't make it easier or harder to do those things on one OS or another, and it's not like every OS can do everything the others can do either.

Don't project one's ability to seamlessly transfer their workflow from one OS to another as it being possible for everyone or even the majority to be able to do the same. Personally, I don't want to go through the hackjobs neccessary to get every game in my inventory capable of running on steam. Less than 1/3 of my steam library is capable of running natively. I don't want to go through the pain of configuring hardware passthrough and that mess on my desktop. I don't want to be a Linux user in a windows home and school. That's a bloody mess of incompatibility. Leave alone all of the other things that I KNOW how to do on Windows and would have to LEARN how to do on Linux. I'll prefer using the thing I know how to use until it can no longer do what I need it to do.

I am willing and prefer to pay to use something if it works better for me. I'll pay for windows keys. I'll pay for programs. In fact, I prefer the curation that is commonly had in paid alternatives to free and open source alternatives, which are hit or miss in nature. "It's free," doesn't mean "It's better," and "It's open source" doesn't mean it "works better" for me. For me, closed source that is plug and play is preferable to open source and needs tinkering to get working.

I just find it hard to overlook the ridiculous amount of phoning home and bloatware and spyware built into Windows and OSX.

At some point you are giving away your morality.

I mean I gut my windows install to a minor degree, but I really don't fuss over it that much since I don't have anything to hide. Yeah if I was doing some sketchy shit I'd probably do it in a Debian VM or something... lol

It's more the fact that it's all being sold to companies for a profit on top of all of Microsoft's BS pricing.

If the OS was free? More power to you make a profit off my data.

However. They are still charging absurd amounts for 3 year old software and ALSO selling your data.

For all the complaining on OSX people should realise they just took what Microsoft was already doing to a more blatant extreme.

I'll pay to have it just work for me, and I don't really care that they profit from something that I have no care for. What is there for me to care for on my desktop? My youtube habbits? My school papers? My games? Microsoft can profit from all of these things without inhibiting my ability to use these things, so I don't care.

What if just one of those companies out of many is loose on security? It is a direct threat to users.

Most of what they take is metadata, I don't see much threat in someone seeing my metadata. Plus I do put in some work to limiting the amount of shit that they take, for privacy reasons. I'll take that risk for the benefit of having an OS that I can use every day without having to google solutions to problems, and having an OS that can actually do/facilitate everything I want it to do.

Can we get an #aremisbeingstupid tag please?

Those are some fighting words! Lol.

I kind of lost the ability to care with that since the country is under packet cap and analysis anyways, so bitching at microsoft is kinda pointless at this point. The update system, FS choice, DE, and Workflow are what piss me off.

I just find it hard to overlook the ridiculous amount of phoning home and bloatware and spyware built into Windows and OSX.

i do, by playing video games that i can actually run.

I tried for along time to run only Linux but gaming frustration sort of kicked that. So basically now I have a windows machine I use for gaming and a system76 laptop I use for Linux. My server is fedora 26 with Zfs and containers. In the works of building a rack server setup. Along with this build I am going to convert from a Dell t20 and move everything to rack servers on rails. I want a development server to be able to mess around and if it blows up not worried about the services I rely on. I will continue to use Windows until vulkan kicks in and is used heavily in the industry. I still think this is 5 years away if not longer. 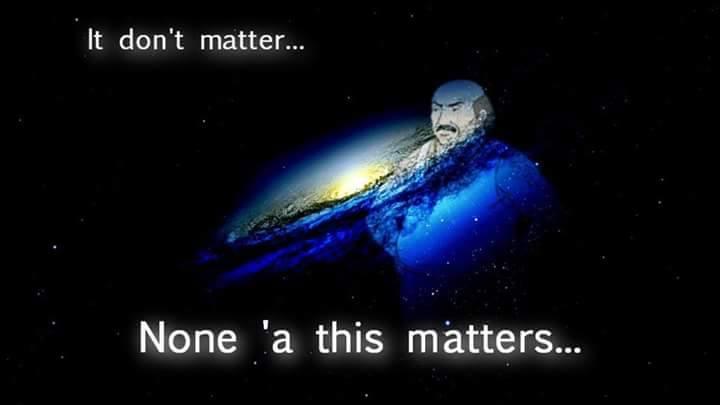