The Misadventures of Tron Bonne (follow-up to "What are some old games that could...")

There isn't much of a point to this post, I just wanted to follow up on a post I made in this thread:
https://forum.teksyndicate.com/t/what-are-some-old-games-that-could-use-a-remaster-by-a-developer-or-a-modder/91214
Where I said:

What are some old games that could use a remaster by a developer or a modder?

I would like to see Capcom's Megaman Legends get redone, but, more inparticular, the spin off: the Misadventures of Tron Bonne...because I can't get an emulator to run it proper and copies of this fucker go for way too much:

So, for the NONE of you who care to know, I was looking through the PS store today and noticed they added this game to the store. No, it's not an HD port, it's just direct port of the PS1 version.
I only played the tutorial level thus far as it was JUST after the tutorial boss that my PS emulator would start fucking up, so I wanted to make sure Sony wasn't selling a defunct product. I noticed some minor graphical glitches on the main menu, but in game, so far, everything seems to be really well done!
So, YAY!!!!! Good news for those of us who just want to enjoy this under appreciated game and not be a hardcore collector, you can download it for $3 instead of $300, wooooooooooooooo

Now if only we could see some ports of Zone of the Enders, Xenosaga, and Spyro I might just actually play my Vita more than I do now.... 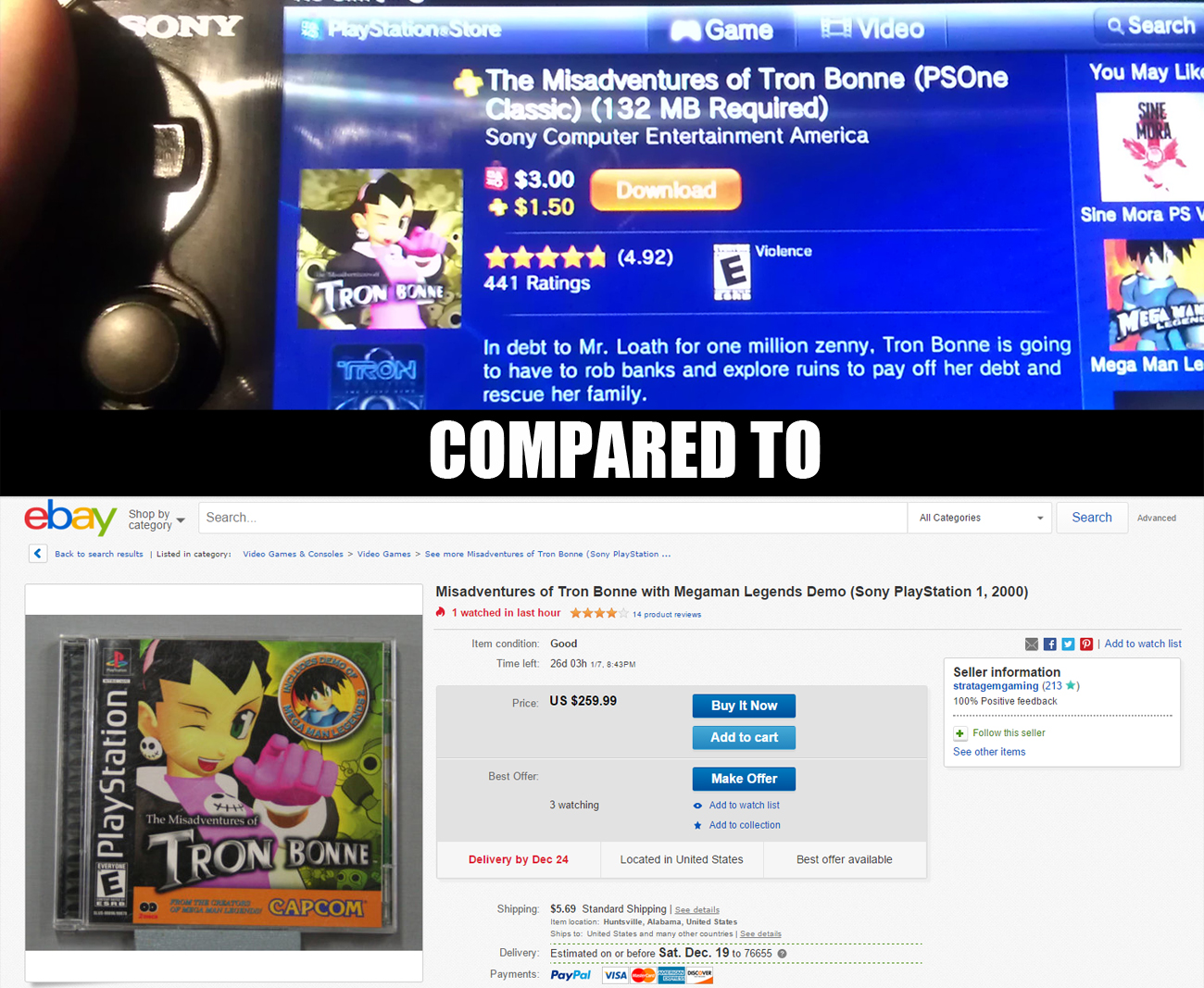