The memory QVL calls for Micron E-die. How Do I identify the type of die?

So I’m looking to get an Asrock X570 Taichi. The memory QVL for the specific memory I want calls for Micron E-die.

I did see some people suggesting that you try to lookup based on the model number of the memory and see if you can find someone else that knows what die was used on that stick. After watching Actually Hardcore Overclocking’s video “Why X16 memory chips have less bandwidth than X8 memory chips” where he bitches about memory manufacturers buying the cheapest memory of the week that meets their minimum specs I don’t think looking up what other people say about a model number is a good idea. 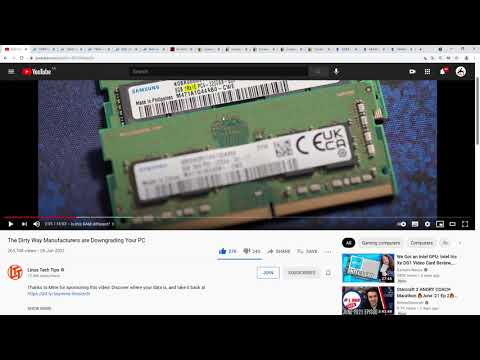 Ideally I’d be interested in the answer to the more general answer of how do I identify any of the popular memory dies? Considering the number of people talking about it there have to be guides out there.

The memory QVL for the specific memory I want calls for Micron E-die.

You’re reading the QVL wrong.
The “Chip” column specifies what chip that specific model of memory has, not what you’re supposed to look for.
Some manufacturers disclose the exact chips they use, some don’t. For those that do, it is stated in the column, for those that don’t, the column is empty.

The reason for that is that the kits that don’t specify what chips they use just take whatever is available and happens to meet the timing requirements on the packaging. The ones that do specify it are bound to use the correct chips because otherwise it would be false marketing.

As for the general answer: It’s printed on the chip so you won’t know unless you look at it.

As for the general answer: It’s printed on the chip so you won’t know unless you look at it.

Also yeah pretty much this.

Well it’s good to hear that my specific problem is solved, and if I pull up the Kingston datasheet it does call for Micron E-die. https://www.kingston.com/datasheets/KSM26ES8_8ME.pdf

I still have an itch on the general question of how to identify a memory chip, especially since I tried and failed on identifying the Micron chip. 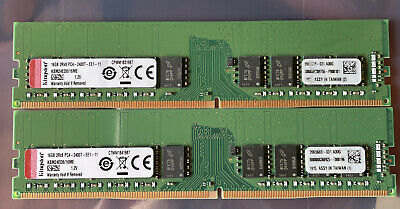 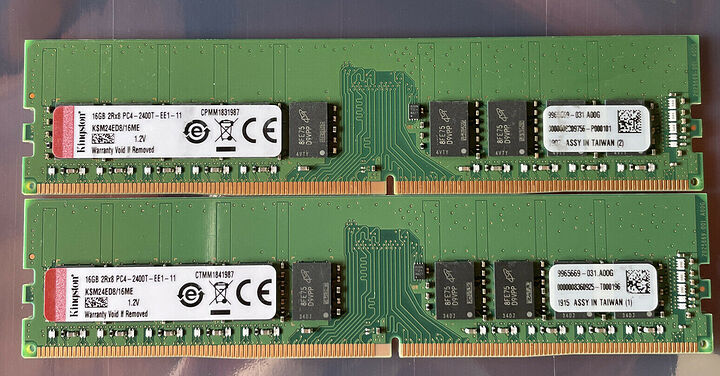 One stick has a chip with this printed on it:
Micron Logo

Another Sstick of memory has a chip with this:

From searching variations of that text the best I’ve found is a memory QVL from Tyan. So tough luck on this chip?

and got this Samsung datasheet https://datasheet.octopart.com/K4B2G0846D-HCH9-Samsung-datasheet-138897464.pdf that identifies it as D-die.

So is that that answer? Find the original datasheet? You can’t tell by looking at the size of the package, nor do any of the manufacturers consistently work the type of die somehow into the part name?

So in the case of the Kingston memory if one of the memory chips fell off and someone found it and asked me what kind of Micron die it was since I can’t find the original datasheet I’d have to tell them tough luck?