The Level1 Techs Extra-Large Q & A! | Level One Techs

We tried to do as many as we could, sorry if we missed your question (maybe next time?!) This also went a lot longer than we expected, so here's some timestamps if you're just looking for quick answers:

This is a companion discussion topic for the original entry at https://level1techs.com/video/level1-techs-extra-large-q
3 Likes
Goalkeeper January 19, 2018, 4:08pm #2

I was waiting for this FOREVER!

Thanks everyone! Made my day 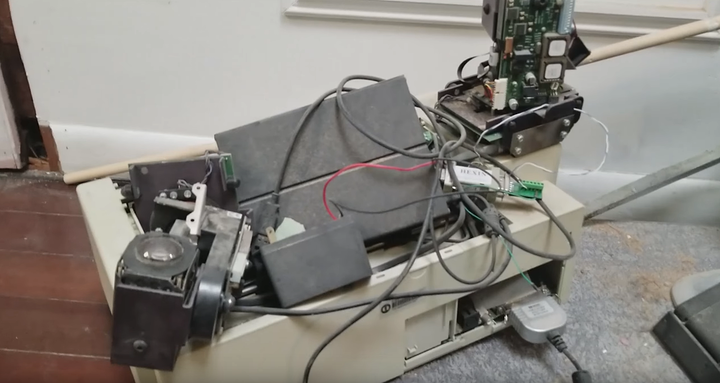 The question is did you use a bot or not?

If it was because of the whole “posting a minute after the thread was published” thing, that happened by chance. I was on reddit, then decided to see if their was something going on on the forum. As soon as I came to the site their was the thread. I’m totally not a stalker. Yet.

I am talking about wendell mentioning that you liked all of his posts on the forum. Did you actually clicked through all of them or used a bot?

Ohhhh. Yes, I did that my self over my summer break last year, without the use of bots. I did it all by hand.

One day I realized that, in my opinion, Wendell did not have a lot of likes from each individual person. I came to this conclusion based on the fact that while its pretty clear everyone loves Wendell, on his personal page his “liked” counter did not have as many likes as I thought he would have had from one person ( i.e. Everyone is below the 200 count) . Especially considering the fact, that it seems as if its the same people that like Wendell’s posts.

Personally, I thought people would and were acting like “fanboys” and liking his posts as if to show off and call themselves “Wendell’s biggest fan”.

So I decided to make it my life goal and to go out and like all of his posts so that I would be on the top and be “the top fan” and be unreachable, because who would spend their time to try and beat me. It took me like 3-6 days ( maybe even 8 days if you are allowed a max of 50 likes per day ) before I ended up becoming bored and stopped. Now looking back at it, even if I did get to the top someone could do the bot thing. I don’t know how to bot tho.

So I never would be anywhere near the top.

Wendell was totally cool with it tho. He never told me to stop. Until now, when he said so in the video.

Honestly, I never thought he would see all of the notifications in his notification area individually, I thought that the forum would be smart enough to group them all together. Like “Hey Goalkeeper gave you 50 likes today”.

I also think that its cool that Wendell remembers. I imagine him now at some tech conference or in front of his friends or family telling them about how not to get your notification area blown up.

He (Wendell) does have a lot of physical strength, he’s got, like, that aspy strength…

7 minutes in, this is gonna be good.

Will there be another Q&A in the future? I only have one question but it might take a bit to answer.

I don’t how I missed this one, must be thick in the head or something.

@wendell, would you go more in depth into your workflow? I’m interested in these low-res proxies through ffmpeg.

Thank you for taking the time to answer my question. I was genuinely curious and you guys went into a great level of detail.

Also, I lol’d at my call out. Sorry

Someone had suggested that the Q & A was over since it wasn’t pinned, and KemoKa is a solid bro so I didn’t want to leave him hanging

For my build I’m looking to use hockey sticks, a puck with the net as a chassis… will EVGA’s 2200 watt power supply allow the over clocking of Vega?

and of course the very first post. kewldude007, of course, of course

Want to help sort them out? Working on a training class

@wendell There’s a big difference between Mac and Windows Premiere… Mac can render ProRes natively, Windows can’t. Adobe has the code to render ProRes on Windows, but Apple doesn’t allow ProRes rendering on Windows because APPLE. FFmpeg’s ProRes implementation is reverse engineered, and will not pass QC tests for broadcast.

Every SSD based professional video recorder in existence over the past few years is PRORES. You can imagine the nightmare this caused Windows editors.

I went Hackintosh for this exact reason. cause DNxHD wasn’t there yet.

Also, you guys should check out my friend tesla500, friend of EEVBlog and creator of Chronos 1.4.

“Oh, it’s this new site… It basically sends you a list of football phrases you can use in normal conversation.”

That discussion at 51:32 reminds me of the anime Time of Eve:

Time of Eve (イヴの時間, Ivu no Jikan) is a six-episode ONA anime series created by Yasuhiro Yoshiura. Produced by Studio Rikka and DIRECTIONS, Inc., the series streamed on Yahoo! Japan from August 1, 2008 to September 18, 2009, with simulcasts by Crunchyroll. A theatrical version of Time of Eve premiered in Japan on March 6, 2010. In the not-too-distant future, androids have come into common usage. Rikuo Sakisaka, who has taken robots for granted for his entire life, one day discovers that Sammy, h...

likely was more of a mention than a promise… but