What is THE EXPANSE? (HD & 4K UHD) It’s been called ‘Game of Thrones in Space’ but it’s so much more than that. Set in the 23rd-century and defined largely by realism & grit, the TV series is based on novels by James S.A. Corey.

Developed by Mark Fergus & Hawk Ostby (Children of Men, Iron Man) and produced by Alcon Entertainment (Blade Runner 2049), seasons 1-3 are on Amazon Prime in HD & 4K UHD (the visuals are spectacular!). The 4th season filmed under Amazon’s new contract (after being dropped by Syfy) and is now in post-production, due for release in late 2019.

Watching THE EXPANSE requires sharp attention and a keen eye for detail! For some good analysis and to watch others boggle along with you, check out reaction videos from newcomplex (up to 2.7) and Scriptonite (up to 1.4).

Post Guidelines: The Universal Rules of Civilized Discourse and kindly TAG YOUR SPOILERS, including images (the fandom for THE EXPANSE is an exceptionally friendly bunch, and there’s a strong ethos of avoiding spoilers; unfortunately /r/TheExpanse has become quite spoilery lately).
If someone needs a nudge about spoilers, please remind them politely.
And, lastly, please enjoy!

Nice! I’m deffo gonna check it out when it is available to stream.
Will be nice to see how/ if the show diverges from the books, but I think they did a great job of the first few series, especially as they took a bit of a punt, and the production quality looked great (to me)
Will also be nice to see what, if anything changes under the new flag compared to the old owners.

The producers have said that changes under the new flag are mostly about continuity (scenes & pacing aren’t constrained by the need for commercial breaks), longer episodes, and no more language restrictions (even more f-bombs from a favourite character are likely!)

It’s great that s1-3 (36 episodes) can be streamed now worldwide in HD/4K (another perk of the new flag; also works with Prime Video free trial membership).

Already had a free trial- I bounce between streaming services, checking what’s on each every few months as to which to go with, as they don’t tie you into horrid years-long contracts like cable companies.

Him and Peaches are pretty awesome

He IS that guy.

Regarding his origins: not sure if the show went into it…

The novella that told his origin story was really well done. They had so many opportunities to screw it up but it was so, so good. Short and sweet, maybe 90 pages.

From the woman he loved, to the man he served, to him doing what he does best, it was everything I look for in a story

The show is really good about slowly teasing out characters’ pasts, and it’s still slowly revealing Amos’ past. Some parts of The Churn were already put in the show. Interestingly, the actor Wes Chatham was a fan of the books before he auditioned, and he studied The Churn like a bible for the character of Amos. Curiously, the ‘that guy’ scene was not in the books, but is everyone’s favourite!

It is a wonderful show. lots of accurate physics. Very great fiction!

If I had to choose a side… The belters… are my favorite… then earth… fuck the martians… So obsessed with being more powerful than earth that they forgot their entire M.O… But yeah the whole thing is amazing. The big thing is the character dynamics. Not just with the main character but holy crap the depth and expansion of the rest was great. What is needed is more back story reveals especially why Fred Johnson became what he is now. The big thing is that its implied and yes you can figure it out but some people wont understand his character

sad that Juliette Andromeda Mao had to die… lovely character 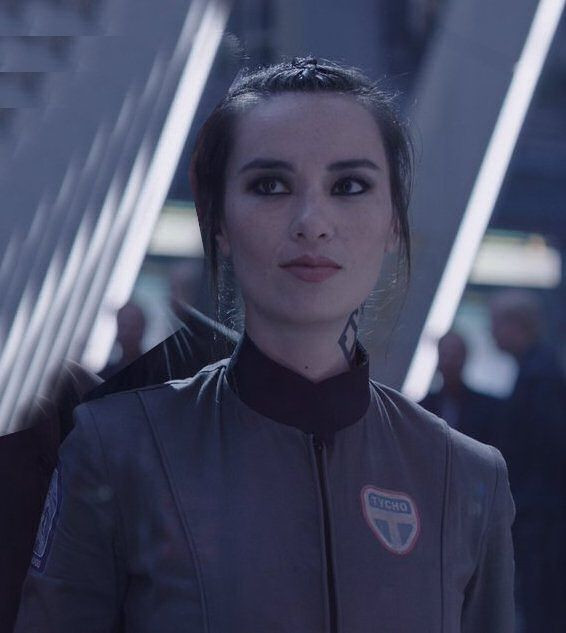 Game of Thrones in Space’

I would much rather say it is a modern equivalent to Babylon 5 or DS9. And yes, it is an amazing show. If you like sci-fi at all, you should watch it.

You’ll like this little montage then! And @AnotherDev, if as a book reader you don’t mind an adaptation spoiler, you’ll like this bit of deadpan humor.

The Expanses is the only TV show I’ve seen where Adam Savage take a trip to Venus.

My favorite aspect of the Expenses is how slow it is. Things take a while to happen in space, because space is big. It’s represented almost thematically by the show, and I love that.

I really appreciate the attention to detail. Even simple things like people crying in zero-g, has the water pooling on their eyes. I guess it would also make it hard to see, they didn’t factor that in.

If they are at the end of the books,

Show is up to book 3 of 9, so there’s plenty more to come. The authors have promised a spectacular finish for book 9, the conclusion of the series, due out next year.

That’s great to hear! Something about working from a good solid literary foundation makes it a great show. I remember how bad GoT got when they got ahead of the books.

The Expanse is one of about three TV shows I still watch. The hard science, cloak and dagger subterfuge, spaceship battles and character development really snared me. The only sad part is that I’m going to have to pony up >$100 for Amazon Prime now. Don’t get me wrong, I’m glad Amazon saved the series, but I could use that $100 for other things…

Did they stuff this up?

It seems a bit rushed and forced at the end, like the whole event thing with the proto-station was driving the narrative. Now not good with names, but the grizzled second in command of the belter behemoth managed to shoot someone with a gun in the speed limited non-manifold universe. I assume it was allowed because of the range… I.e. the field that slows things down takes a small amount of time to form, or be placed by the proto-station. Or was it sort of the narrative drivings things. That guy didn’t need to die.

Come to think of it, everyone was shooting at everyone on the behemoth lol

Did they stuff this up?

Ackchyually, no… characters onboard the Thomas Prince discussed at length about whether or not the speed limit applied inside of ships. The UN scientist who was friends with Anna even proposed an experiment to test, then the frightened Methodist UNN officer blew his brains out, demonstrating that the speed limit does not apply inside ships. Things did move a bit fast in the second half of S3; I’m not a book reader, but it still made sense.