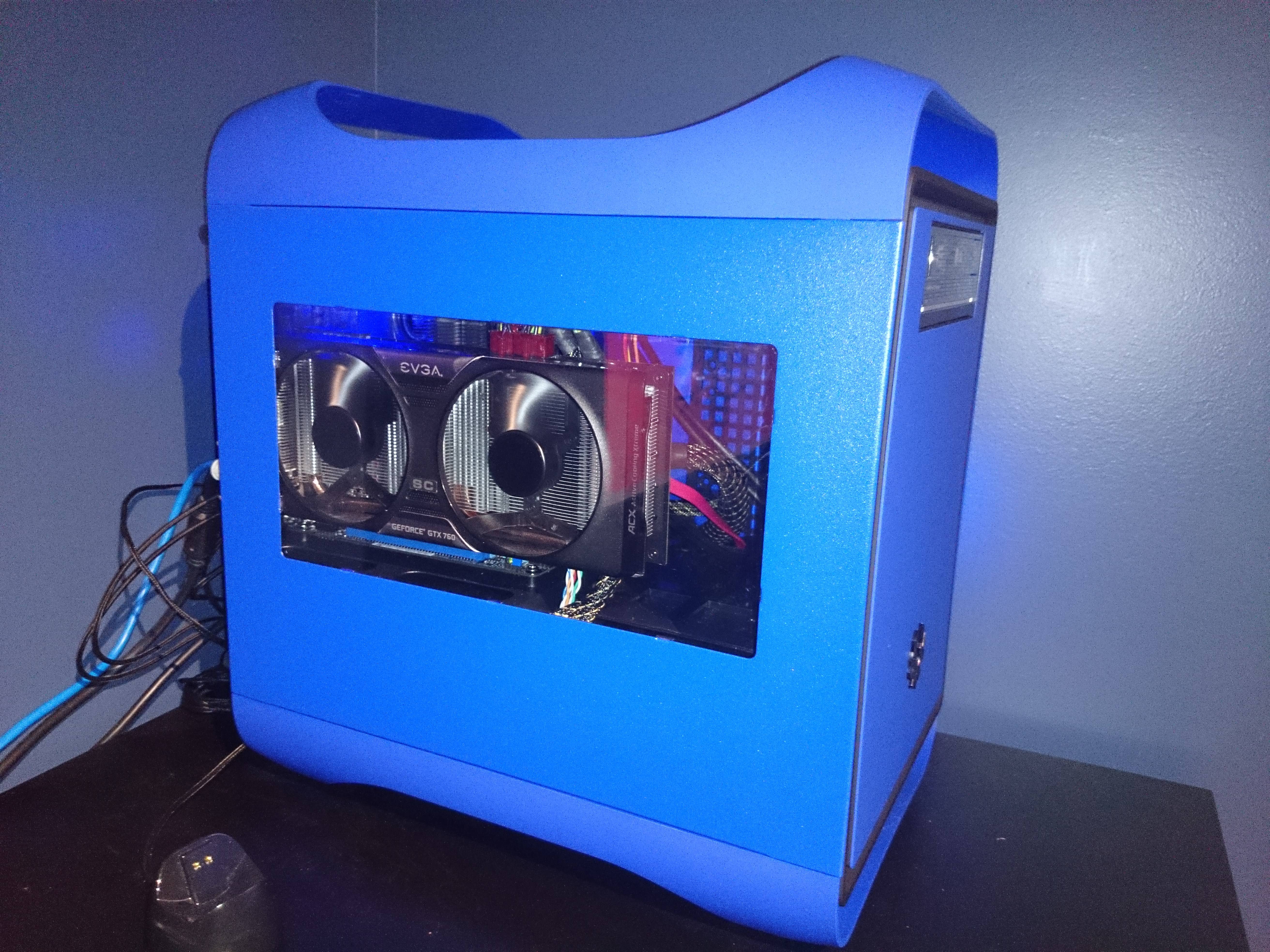 After a bunch of waiting, I've finally taken some photos of my machine. Has complete for ~1 mo.

Photos taken on my Xperia Z1.

Mini itx build always feel as though they're gonna set fire to me. Looks alright though.

Be funny if that hole he cut in the side panel was for the GPU to breathe...

The case comes stock with the plexiglass window <3

Better get some serious gaming done on that thing or its gonna get blue balls.

Any plans on painiting your gpu blue now? Personally I think you should add some green to that thing.