The Beer Garden: What do you drink, and why?

My sisters think it tastes too much like bacon.

She would be right imo. Since that’s the point of the thing

Have you tried Kozel dark? Or even a Bernard. Those two are in the top 3 of my favorite all time beers.

Have you tried Kozel dark? Or even a Bernard. Those two are in the top 3 of my favorite all time beers.

I think I’ve tried Bernard amber, not Kozel. Yet. I try all the different brands obsessively

Aecht Schlenkerla, smoky as heck. My sisters think it tastes too much like bacon.

Just tried this the other day, and didn’t mind it. Definitely a winter beer.
My non-beer-drinking sister also had a sip and exclaimed “omg why does it taste like bacon” aha

Also tried a somewhat local sour beer. Extremely sour… but with a nose that almost hid that with nuttiness and a bit of spice.

Also here are some beers I like to keep on hand whether because they’re limited edition or just seasonal. 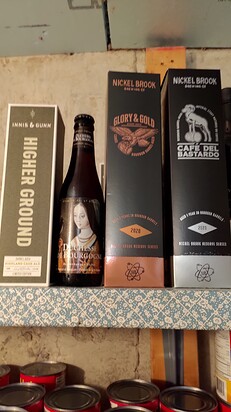 Have you messed around with Porters?

I have mixed feelings when it comes to sour beer. Some seems to be just sour for the hell of it, but at the same time it can be really good if the sourness has a purpose. Rodenbach I usually like.

Have you messed around with Porters?

Both porter and stout. Love those when I’m just gonna drink one or two, after that it becomes a bit too intense. Same thing with the rauchbier really. I usually start with something a bit more flavourful and then I’ll go over to dark or normal lager.

Got myself 2 of each. Bayreuther hell and Schneider Tap 7. I would love to have gotten Tap 5 which is a bit stronger and tastes better to me, but they don’t sell it in Austria. For shame. Tap7 is still very tasty though 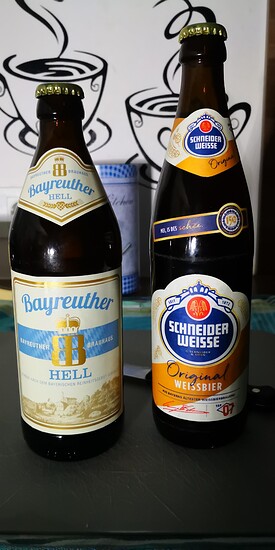 Some seems to be just sour for the hell of it, but at the same time it can be really good if the sourness has a purpose. Rodenbach I usually like.

Agreed on this and on Rodenbach. Though I feel like you can say the same about hops and IPAs lol.
Been enjoying more sour beers lately because I’ve been craving something refreshing but with more complexity than a lager.

I’m pretty sure it’s this brewery, but they make one of my favorites. It’s called Aventinus I think. Absolutely delicious!

Been loving the cider this fall 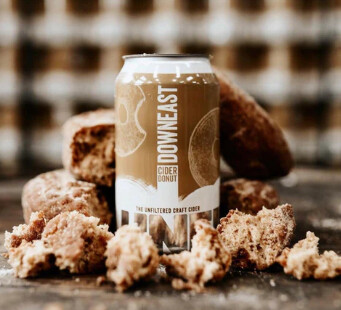 I’m going to be making cider soon, hopefully it’s good and I can score some for free

This is what my next hour or two looks like 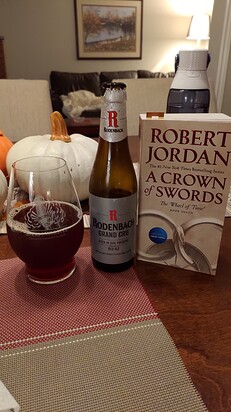 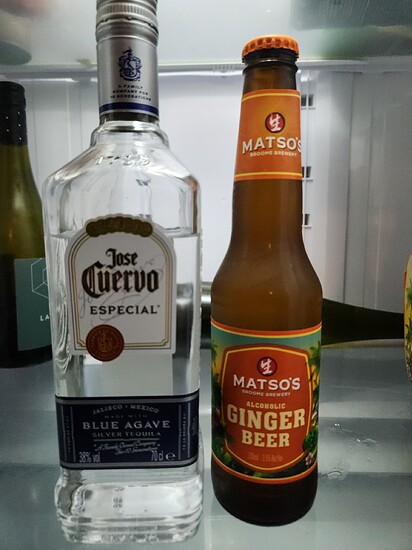 I call it a Bright and Sunny (don’t know if it already has a name), it’s a dark and stormy but with tequila instead of rum.

I recently tried Crooked Stave beer and really enjoyed it, even though I’m not a beer drinker. Drank a can in 15 minutes 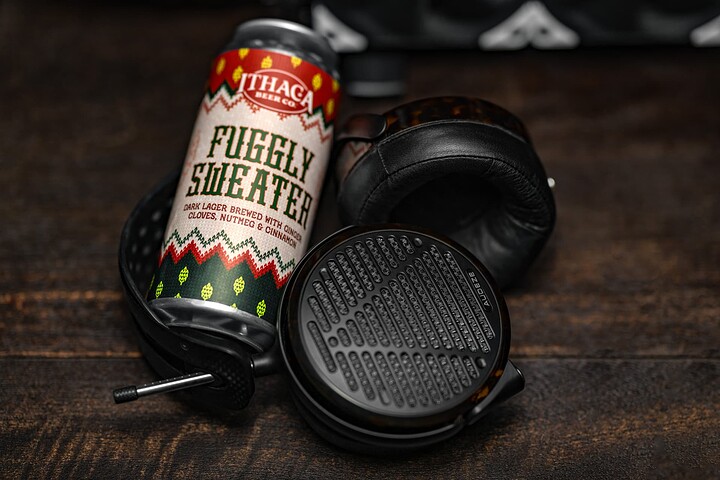 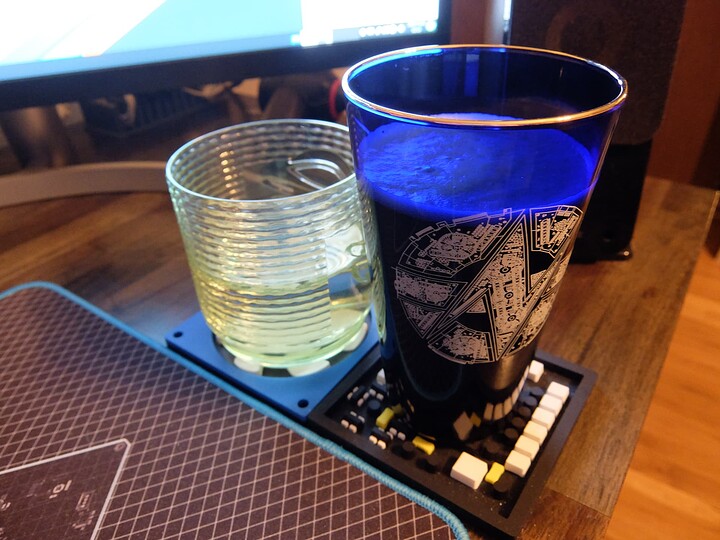 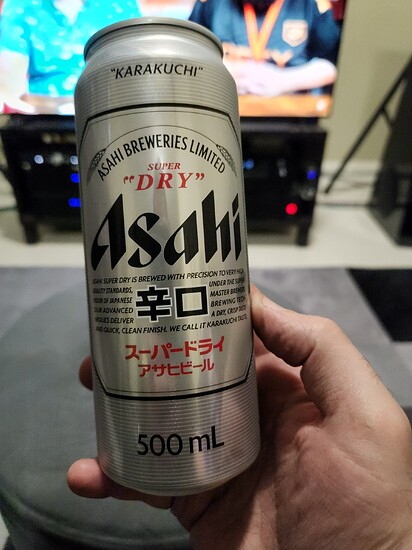 If you haven’t tried it, have it with some Japanese food. I had this epiphany a few years ago when I had Ethiopian beer to Ethiopian food. On it’s on the beer was kind of bland, but together it was brilliant.

Not a lot of Japanese food around here unfortunately

Over the past few months I’ve kind of gotten into homebrewing beer. I really like the science and meticulous aspect of putting together a recipe and I think it teaches me patience too.

So far I’ve more or less assembled a couple extract kits (American Amber Ale and a 90 minute Rye IPA). I don’t want to say “brew” because there isn’t much to brew other than steeping some specialty grains they include…they both came out completely drinkable but both have kind of a caramel taste I’ve read is so infamous for kits that use LME. It did skip the mash process but I think it still gave me a good idea of all the other procedures.

I think next brew day it’s time to try all grain… I’ve had my eye on an all grain pale ale biab kit that the homebrew store can put together. They said they can crush the grains for me and include a bag that fits my 8 gallon kettle. I know I will have to set aside probably an additional hour or two for the mash process but if it turns out a better product then it will be worth the time.

Label fell off, while chilling in freezer… It’ll kick you, to the couch 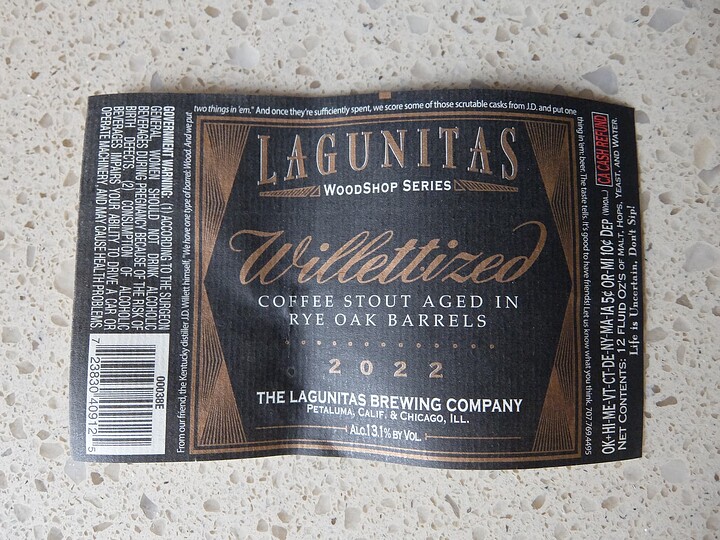