Is there any way to monitor gpu usage and fan speeds from using amdgpu? Sorry if this has already been addressed previously in the thread.

In XFCE there is a sensors applet.

I used this radeon-profile before not sure if all options will be available for certain cards.

Boy have I got a surprise for you 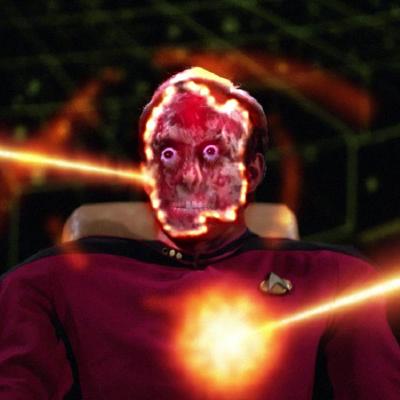 A Linux fan control daemon and fan testing tool, allowing custom speed-temperature curves for fans, controllable by either PWM or RPM, or percentage.

In the Github description only mentioned Nvidia cards but still tried it out.
When installing ran into the error:

Not familiar with Libboost and couldn't install that dependency from my Repos. If this does work with amdgpu then I'll give it another go.

Thats a super specific version.. but its this package

Tried out "amdoverdrivectrl", configure ran fine but when I put make it gave me tons 100+ lines of undefined reference to wxStringBase operator. Below's an example

In the description it states "It depends on the proprietary AMD/ATI Catalyst display driver and makes use of the AMD Display Library". So going to give up on this one maybe I'm just a shitty at tarballs.

The core is ambient and fans are at max. Is there anyway through lm_sensors that I could adjust the crit temps to affect fan speed/clocks? I've saved files in /etec/sensor.d to fudge the numbers but no effect.

edit: I borrowed a RX560 and had no issues, seems to be the fastest option would be buy one.

Is there anyway through lm_sensors that I could adjust the crit temps to affect fan speed/clocks?

There is a tool on Fedora 25 that could come in handy...
gnome-shell-extension-freon.noarch

or try the info on the Arch wiki which could work for you...

has anyone tried to compile the 4.12 kernel with the amdgpu driver enabled and load it into fedora 26?

I tried it with some of the rcs but failed miserably at it.

RX 480 (Open Source) Performs very well out of the box on Solus, if anyone wanted to know

well until I found some fixes solus looks nice works, okay but I don't see any points to their "very good for gaming" thing.

"right" out of the box there is tearing and the rx480 performance isn't as good as it could. kinda disappointed

If mint would ever move past 4.8 I bet it works wonders.

Nothing stops you from installing a higher version than the default. All ubuntu kernels are available up to 4.11 in the update manager and even installing 4.12 yourself works fine.

Much like with buying processor speed and not over clocking, unless theres a specific utility for upgrading kernels I am not going to potentially fuck my installation.

Also ukuu if you really want a utility for all possible kernels.

Of the things that will screw up an installation kernels is of the least possible. The older kernel always remains. Nothings stops you from booting with it if the update is borked.

do you have to build the 4.12 kernel yourself in regards to load in the modules and the dependencies for the amdgpu modules?