TC tried Battlefield 1 with Snoop Dogg and others and got hooked. So he went out and secretly bought a slammin' system for him and his kids to build. He got all the parts delivered and laid them out for his kids to find when they got home. The dude is beyond cool.

Terry... Will you be my Daddy?

I saw this earlier, and it just made me so happy. It is just great. More publicity for the PCMR.

Death to the console peasantboxes!

What's even better is that his friend helped him pick the parts, and there was no sponsorship involved! (I think, I hope so)
Just genuine boding time with his son. Awesome guy, Terry, keep the Old Spice commercials coming, they're fun. I shall use my keyboard device to make sweet, sweet, dangerous music.

to bad his PC is Overkill for gaming.

seems too much like an endorsed publicity stunt to me

but then again I am jaded and suspicious

yeah. after the BF1 promo I think this is just another ploy to make EA look better. I seriously doubt the guy even plays games...

Wonder if he would enjoy a visit to our office...

The story also hit the Verge. I found it cause I had no clue who Terry Crew was.
The specs for those who don't have facebook:

"Also legit is Crews' PC, which he promises is built from parts he bought himself, rather than those handed to him by companies keen to earn his sponsorship. Like the man himself, the PC is a beast. It boasts an Intel Core i7-6800K processor, a two terabyte solid-state drive, 32GB of Corsair Dominator Platinum RAM, and a dedicated closed-loop water cooler for the CPU. The only thing missing from the full rundown is a graphics card, but a comment on the video indicates Crews picked up a top-of-the-line GeForce GTX 1080 to round out the build. Of course he did."

So it is much better then my 7850k but not over the top...defiantly Top Shelf.
Awesome find @Cort_Byron :) 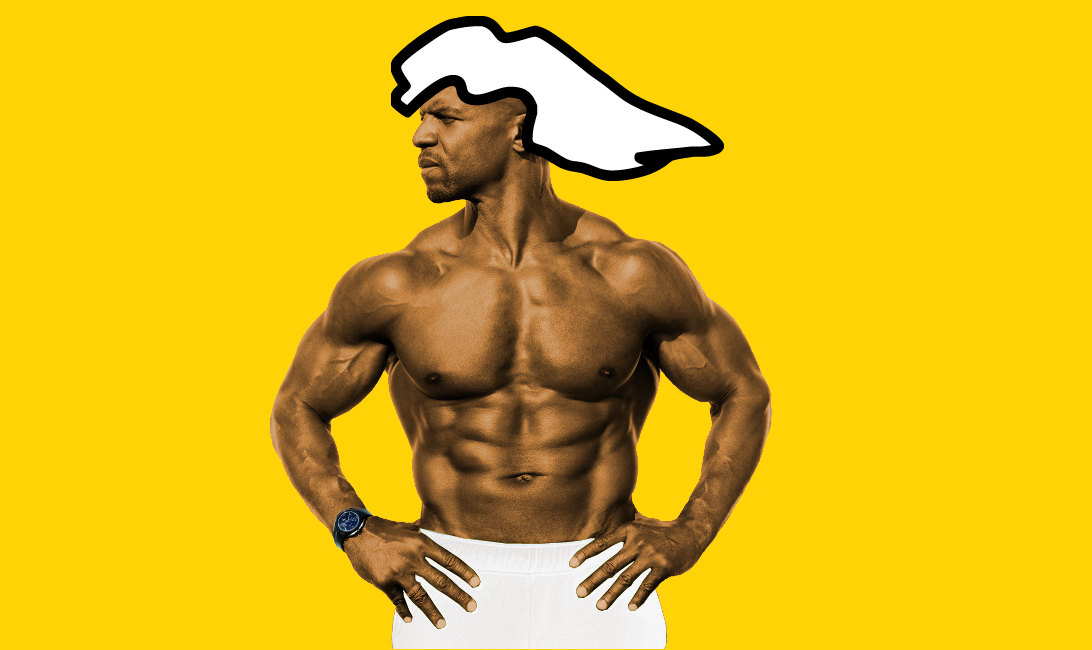 seems too much like an endorsed publicity stunt to me

It wasn't sponsored but that didn't stop the component makers from using it. I heard about it from EVGA.
"Check out our SuperNova power supply at 9 minutes in."

And he said he's not much of a gamer, it's for his kids, but he is looking forward to gaming now that he has tried it. Also so he and the rugrats can have fun together.

Wonder if he would enjoy a visit to our office.

This week on WASD we have a special guest star to discuss 'What are the best games for a n00b?'

Terry's looking a lot skinnier lately. And a lot whiter.

I was thinking the opposite. @Pistol is so pale she ran out of spray tan just doing her face.

This is the most adorable thing ever. The hunk-of-meat-A-Thousand-Miles-singing-Old-Spice man is building a PC. Totally unexpected. (づ｡◕‿‿◕｡)づ