This is barely fucking classified as actual software but i quickly made a shitty program that let’s you communicate with the spirit of terry A davis.

Contribute to FullNitrous/TADChat development by creating an account on GitHub.

Send what he said to you!

I translated your code to HolyC and tried making it make it feel as TempleOS-y as possible style-wise without changing things too much.

I think that I haven’t managed to get the pointer address printed correctly though, but I can’t find a way to fix that. 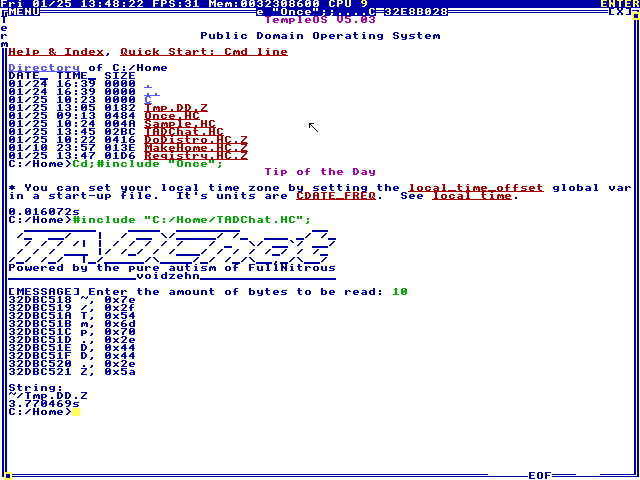 I read your post yesterday and it reminded me to try toying with TempleOS again and I thought that translating your code would be fun little thing I could to to try learning HolyC and some basics of TempleOS’s programming environment. It was pretty fun!

The most valuable resources for me to learn enough of TempleOS and HolyC to write the code are listed below.

Wow, I didn’t know he passed away. Just read some articles on it.