Tek Synicate is better than IGN

This video actually scared me.... everyone is asleep and it's 3 in the morning. I had to turn it off after I saw them attempt to install the CPU fan.

this is not a gaming build, this is a cheap rendering build

Stopped watching after this. 2001 socket. 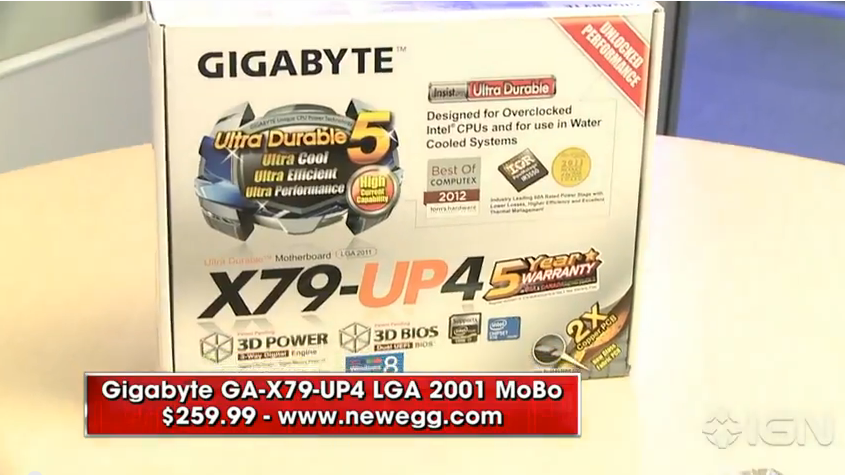 I almost stopped watching after he started applying thermal paste.

it's so bad i have to keep watching

- i agree with you

Ign has always been very bad, There was a thread about this exact video a while back lmao

but yeah..terrible build, and to feed the wrong info to a newbie, even worse.

That video was posted here ages ago...

I don't understand why they overspent so much on this rig... I could have gotten a 3770k into a really nice motherboard with a GTX 680 for that price... Seriously, Socket 2011 isn't THAT great when you are just planning on buying the quad core. Because, honestly, how often are you going to have the money or patience to upgrade the CPU on your system? If you want quad core, get a socket 1155. If you want six core, get a socket 2011. Simple as that. And that case... that case...

Also, another thing... Is that cooler really "A beast" or "absolutely massive"? Because I just got in my Thermalright True 120. And it happens to be just as big if not bigger than that one... And I'm putting it into my micro-ATX build simply because a friend gave me some Corsair SP series fans and I want to use them to their fullest to keep my pathetic socket 775 Core 2 Duo E8200 nice and frozen solid. I'm going to run them in push/pull just for shits and giggles.

My eyes started burning when he picked up the mobo by the heat sink at the start of the video. I don't even...there is no words.

Eh, with most common motherboards and heatsinks it really isn't an issue, unless you happen to be talking about the VRM cooler or southbridge cooler. I forget if he actually did that... Those you don't grab, they aren't secured well enough for that. But I can rather easily remove my motherboard by its heatsink, this is especially true if you have a backplate, which his did. Not much to worry about, really.

It's bad practice, much like him sticking his fingers on the back of the gpu.  Sensitive areas that i'm not keen on touching unless I'm grounded.

Did they even mention anything about static?

And they didn't even mention how to position stand-offs properly...

well i just putt the movie off afther a few minutes.

pff my god, if i just see how they handle the parts.... i never seen such a rude noobs realy..

eaven i could do this beter ☻