Come on Logan and Co. Iv got a few rolls of vinyl and a big vinyl cutter........lets cut a couple of dozen Tek Syndicate Case Badges/Decals, and sell them off for charity!

Happy to cut, pack and post a bunch on my own dime of a good cause! 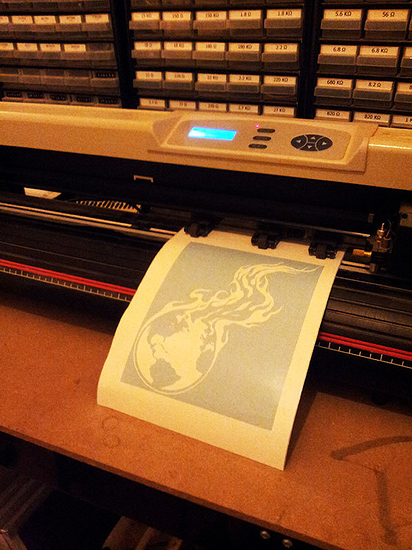 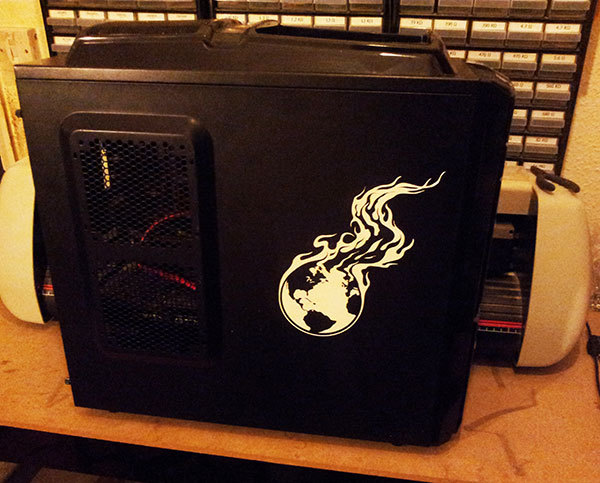 I'm not sure if this is legal. Get confirmation from Logan.

Thats why its in the INBOX

The "Guys" im refering to in the post are Logan and Co. (maybe I should have made that more clear? will edit the OP to make it crystal clear).

I would buy one.

Is that a graphtec plotter you got there peps1?

I don't know whats been happening with this maybe they were not good enough..I would assume Logan and crew has some exacting standards when it comes to representing them..

I can just imagine Raze the World stickers everywhere like gorilla marketing..People put them on street signs, cars, windows..Cover an apple store..Some crazy stuff could happen with the masses having access to stickers..

It looks similar one of the graphtec's my step dad has he been going back in to the traditional side of signwriting lately.

Iv seen a fair few post about getting decals and stickers, even from Logan mentioning they were going to get some made.....but nothing has materialised.

Just thought as I was doing one for my friends side panel, I would put it out there to the team that I could run of a small batch of highly customized (size/colour)decals at no cost, fulfil some demand, and make some money for charity all at the same time, as the Tek guys have not got around to monetizing any merchandise outside of T's and thought it would also help gauge demand.

It's been said many times that they arent for people selling them. You may want to email them about it. Seeing as how it's for charity, it may be a different case.

Yep, to reiterate....No plans on selling these for financial gain or without permission (in fact the exact opposite), and have posted this in the INBOX section for Logan/most relevant team member to see, and discuss.

if they are available back in Malaysia, i'd want a few.

Another would be pc Stickers that say "Tek Inside" or something.

Anything is better than babies inside...YEECH.