Why have you not thought of creating an android and/or IOS app for Tek Syndicate. IT would be amazing. why hasn't anyone in the offices thought about this? sorry for bad english, i am from Norway. :)

I imagine they have through about it, and don't really have enough time to do it... it would be great though

There is a thread and we created a repository but interest faded. One thing I have to do is change the way we embed videos on the site to be more generic. I might roll that change live today, depending on how other testing goes.

all i'm thinking is that the tek syndicate website should be integrated someway into a mobile site, or if someone is available to program something here, and someone in the office can do the quality control, and hopefully roll it out on the different markets. i can't do it since i am not in particular experience in coding.

i started on something...but only worked on it for about a day and didnt get very far. i was able to retrieve the json list of articles, parse it, and the display titles. that was the extent of my work that day, and since i havent really looked at it. the way i was displaying information i felt wasnt ideal for the type of content that teksyndicate produces. i just need to sit down and look into a better UI design so that it displays the information better.

Yup... I'll test it too... Not that I know anything bout coding, but I can tell you if it breaks and what I was doing at the time :)

here is a screenshot of what i have so far. this is basically the only functionality the app has at the moment. later this week i will submit a pull request to wendell 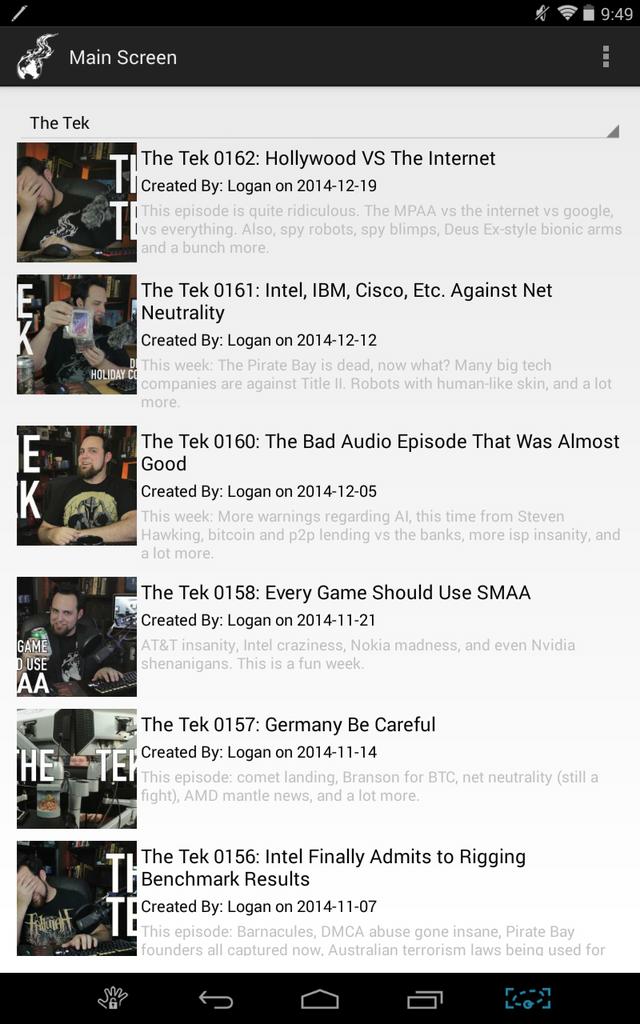 well today i was able to parse through the extrenous amount of html that was the video tag in the json. with that said, i am now able to play the youtube videos successfully! just gotta fix screen orientation changes. but here is screenshot of that working now XD 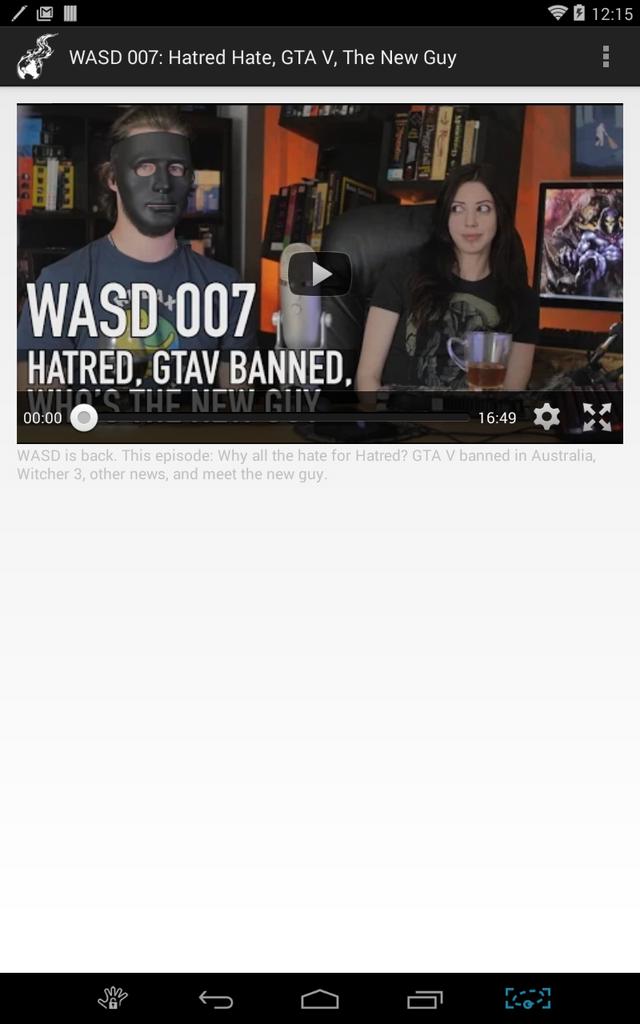 If you get a fully working app made I am really interested in trying it out.  Keep up the good work.

well i keep pushing to the repo and working on the app. waiting for wendell to accept a pull request. then he can coordinate the public testing and bug reporting of the app. so far functionality is limited to viewing of articles and comments. will add more to it, next on my list is to begin work on viewing the forums as those i think will be the hardest ones.

I'd love to try this out. Keep us updated!

i know a lot of people want to try it. right now i am coding. i think i work on code about three or four hours a day trying to get this thing done. i keep bugging wendell about the json api. he has been nice about helping me. it does not have any login ability at all. and probably wont for a while. that was not part of the V1 specs that were defined for the app. thats as far as i am working to right now and i am pretty close to that. once i get forum viewing done, then V1 spec i think will be met. after that its more prettying up the interface and adding small touches like nice animations etc. this week i am gonna try to add in a slide right to view menu.

and it looks and sounds awesome dude. i hope you can continue with the work, and i also hope that it can become the official tek syndicate app.

hark hark Wendel and Logan should support it hark hark

Good news bad news.. New forum means new api but this forum has a much more robust api. So that's good at least.

I heard some guys where making a RazetheWorld app but that was like 3 years ago so I don't think they ever finished it.

can discourse hook into tap-a-talk?