A lot of people have asked me about this, so I did a video on it. It's a bit long and a bit boring, but this should tell you everything you need to know if you want to do something similar.


This is a great way to get a 100% genuine mac to do software development on that also doesn't break the bank.


Be sure you carefully check that the CPUs you might get are compatible. These Macs can be tempermental.


Unfortunately, thunderbolt is just not an option for these, though. No thunderbolt support from the chipset, so I'm not sure that'll ever be possible.


This is a companion discussion topic for the original entry at https://teksyndicate.com/videos/tek-mac-pro-upgrade-12-cores-64-gb-ram
7 Likes
CrossCarbon March 11, 2016, 11:34pm #2

5 Minutes in and still waiting for the

part a distinct someone mentioned.

@wendell Phenomenal video! I really enjoyed it; Thank You!

thanks wendell. i was looking for a video like this. i just joined a new group that run's uses exercism.io for code learning. however when i went 90% were running mac, so trouble shooting with a windows was rough.
considering its not 100% working for some languages on windows this is great!.

while i dont care for mac os, at least i will now know how to manipulate all OS's. the more you know right?

Not all Mac Pro 4,1 can be upgraded to 5,1. If your 4,1 was a refurb like mine, it'll have a slightly different UEFI that the commonly available upgrade tools don't recognize, or at least didn't when I was trying this a couple of years ago. I wound up using 4-core CPUs in mine.

Mine came with 32 GB of RAM. I'll probably stick 64 in it at least in part as troubleshooting. I should also replace the ATI 5770 with something more modern; I'll probably use an R9-270.

My system is used as a compile engine and general net system, with Windows and Debian Wheezy VMs for development. It occasionally gets pressed into service as a Second Life client, as well.

I just wish I could figure out why it locks up and requires a power cycle every 24 hours or so...

Wait, you're moving to portland with everyone else?

In any case I take it running OSX in a Virtual Machine is still legally out?

I think wendell is just working on some things for the PDX office and likely not uprooting himself. However, if he is, then @wendell I'd love to buy you a beer at a local watering hole :D

Why is it that people say OSX is so good for application development?

OS X is good for developing apps for OS X.

BC when you like to code, you try to learn as much as you can. no matter what system. plus creating personal app for old iphones is great. they are lying around anyway

Was the wad of yellow paper in the case an aftermarket upgrade, or is that a Mac Pro standard?
As always, great video!

holding up the 2.5 ssd for testing! lol

Why is it that people say OSX is so good for application development?

Could just be because the GUI of OSX looks fresher for people coming from the Mac users background.

Or for iOS app development, as an addition to what @Ctrl_Null said.

I never owned a Mac, not intend to.. but... @wendell did a great job! Informative, stuff to learn and not a bit boring! I am pissed, where is the boring stuff :P

Tip: Quad core X5677 & X5687 CPU's can sometimes be found for less money than the Hex core X5650's but thanks to their higher clock speeds give similar overall performance.

What do you mean when you say that Apple stopped supporting Mac Pro 1,1 and 2,1 ?

Does it mean that I can't install the latest version on OS X on those models ?

I run an OS X and Antergos dual boot on it. El Capitan is so much smoother than Yosemite, night and day difference. Antergos (Arch) runs very well with the exception of no automatic fan control and the Broadcom WiFi nightmare. Still good for web browsing, RDP, and listening to music occasionally. 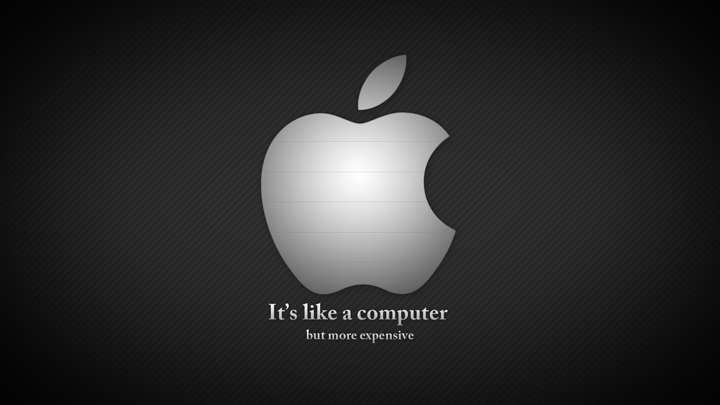