So i’m thinking about getting myself one of those Dune Pro cases (i know, i know, its just an idea) and i think it would look its best with a nice, beefy watercooler system in the front panel.
While looking at the sea of Asetek, Cooler Master and CoolIT based AIOs this morning, i came across the beefy Swiftech Drive X3, in particular the 240mm version (H240) and based on design alone, its by far my favorite.
What do you guys think of it? Is it any good, perhaps better than the 280mm Thermaltake Water 3.0 i already own? 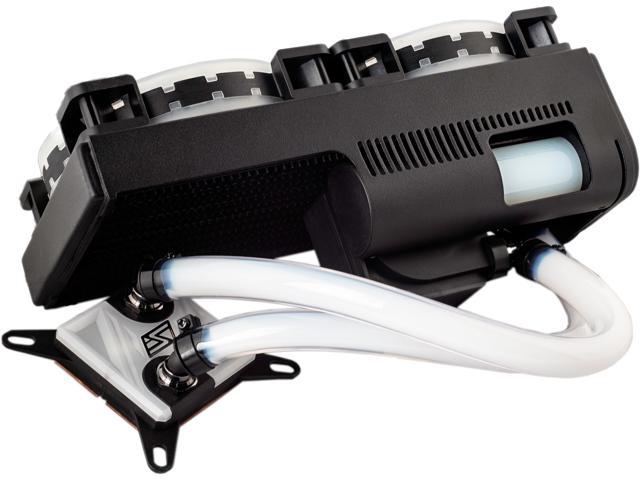 I dont like that the pump and res are a huge obstruction to a good portion of the airflow.

I think you should just buy a CPU block and a rad and make something yourself.

I think it ends being more expensive between the rad, fittings, pump, reservoir, fans and tubbing, doesn’t it? Considering i’m not interested in adding my GPU to the loop.
That said i would love to have a cooler with an Alphacool Nexxxos Monsta 240 rad, i love how thick that is lol

Yeah, but its also way more capable and cooler. buy it a little at a time and it wont seem so bad.

Let me check how much it would cost me to build one with the Nexxxos 240 rad.
I know it sounds dumb, but i like how the Swiftech is packaged, i would probably mount my reservoir in the same manner.

It doesnt really make sense to mount it like that IMO. The thing I dont really like about that setup is it doesnt really work for push pull if you want to do that down the road but other than odd mounting position and blocked air flow I would bet its better than average.

Id still take the kraken x62 over it though.

Hmm, why is that?
Isn’t the radiator on the Kraken made out of aluminum, like my Water 3.0?

Just do a full loop. Or go air cooling. Air cooling is extremely effective and on part with high end AIOs if you get a high end air cooler.

AIOs suck and sustainability is retarded. They die within 4 years often

Well, i could, i still have the Ninja 5 i bought for that test.
It should fit on the Dune as well, it measures 155mm with the fans slightly raised to clear the RAM and mobo heatsinks.

The kraken x62 out performs a lot of other AIOs. I think a lot of these AIOs are aluminum because its just cheaper that way.

I wonder why, perhaps it has a custom pump or something? I know mine has an Asetek gen 6 pump

probably the combination of radiator and purposed SP fans.