I would like to upgrade my Headset and I can't decide between the open-backed Superluxs or the HyperX Cloud IIs. They are around the same price point and about as practical. I was just wondering which ones have better audio and mic quality, the pros and cons of each ect. Thanks for any help

I have the mod mic and I love it!

People tell me it sounds great and I get to use my nice studio headphones too.

There's no doubt the mod mic is better quality than most mics.

I have the 668B and I fucking love the sound of it. I don't have much experience with the modmic but from what I heard it sounds pretty good. Though I heard somewhere that the modmic doesn't stick too well to really open headphones including the 668B I think though I can't confirm or deny this

i just picked them up too and they sound amazing, im not an audiophile but these are the best headphone i've ever had.

I actually had those headphones and modmic before. It was absolutely great. I did eventually upgrade to some audiotechnica open backs. The superlux pads were kind of uncomfortable after many hours of wearing them. There are plenty of super cheap or custom ways to make them as comfy as you want. I'd highly reccomend the superlux + modmic combo.

pro tip: get a cable organizer of the sleeve variety for keeping the modmic and headphone cable together nicely.

i just got these velvet ear pads for the superlux 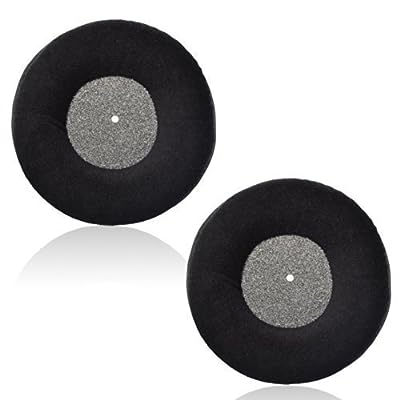 Yes something like that would be perfect. I was just too lazy to do that when I had them lol