I tried making a post about this on Steam... But with the current problems I'm having I can't post anything in the forums there. The Store (except Greenlight since it just links to Community) and Library tabs load just fine, but everything in the Community and Profile tab load as shown below. It does the same when I use Chrome instead of Steam by the way. I saw something saying the issue could be with Steam or my antivirus needing to be updated. I've made sure everything is up to date. I use the free version of Avast. I've also tried opting in and out of the Steam Beta client. Still no help. Has anyone seen this before? Is it possible I'm just having internet issues? 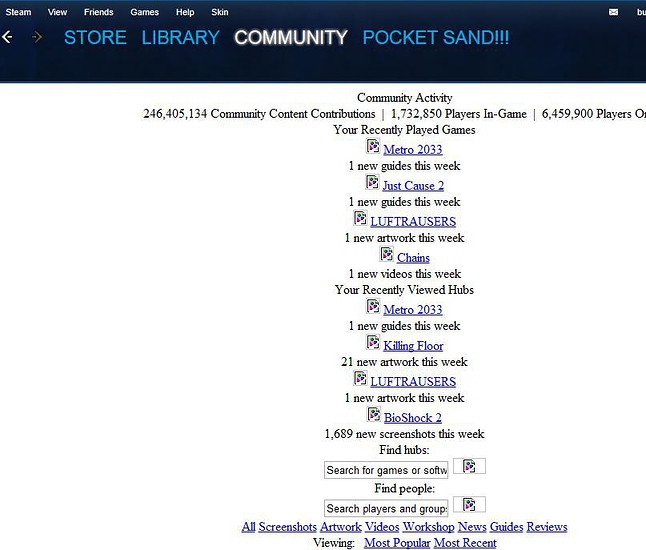 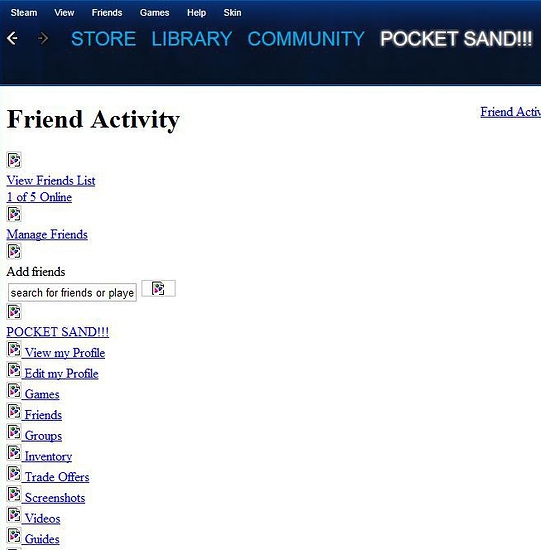 Is this a persistent problem, or did it just pop up?  Steam Community sometimes gets bogged down and doesn't respond well.  I just checked it, and it loads for me, but it was fairly slow.  So, I'd give it a while and see if it clears up.

Just popped up a day or two ago. Never seen it before. I do have pretty lame internet though. Only about 1.5 Mbps for download with the upload being slightly higher. Another possibility I was thinking of was it having something to do with my Steam skin? I've been looking around and trying different skins and this issue kinda popped up around the same time I believe.