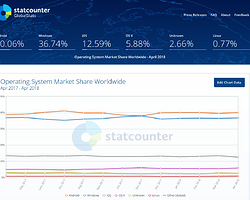 Tracks the Usage Share of Search Engines, Browsers and Operating Systems including Mobile from over 10 billion monthly page views.

I have to say I expected desktop linux to at least be 3%, just a bit behind os x. I guess it puts into perspective of how small the linux desktop community is…

0.7% is somewhat in line with steams stats at 0.55%. Its not very clear on what it does and doesn’t count as Linux. Android is Linux but has its own category, but windows is lumped in one category, does Linux include chromebooks? Specific distros? whats the unknown?

in any case, its crazy that there’s 3% of people visiting these sites using windows XP.

Also just about every server runs linux. So if we added that into the mix it would be a lot higher as well.

I found this curious wiki article which states that statcounter counts linux but excludes chromebooks and windows excludes xbox. 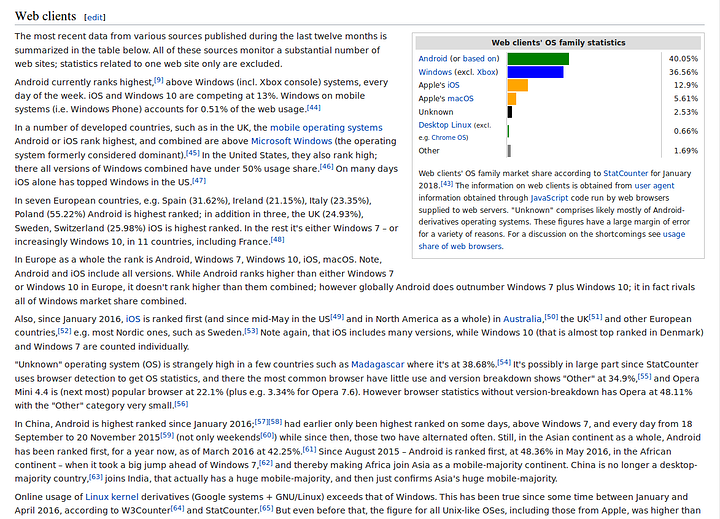 It shouldn’t be excluding chromebooks since they are literally Linux “desktops”, im not sure why anyone would make that decision.

Why? Linux is really good a being a server environment.

It has no support for software or the illiterate users. Has half ass support for modern hardware and features.

I don’t know why we expect linux to take off in its current state. Its built by nerds for nerds.

Why would they do that? Switching to linux does not make your online activities anonymous.
@Ruffalo I don’t have a girlfriend and I’m on windows.

There really isn’t that large of a number of people that are Linux only with all of their devices if you exclude anything Google from the Linux column. Many people spend quite a lot of time on the internet on their non-Linux phones. Many Linux users dual boot, have multiple machines with at least one using Windows or Mac, or have work machines that are non-Linux.

I know from the Steam survey that it is very inaccurate. I don’t know how much it has changed recently, but when I started using Linux you had to spend $10 in the previous month to get a survey. It would come early the next month on whatever machine you happened to log in to Steam. My first few months of using Linux I ran two separate machines and started building my Linux library, so I would purposely avoid using Steam on Windows until after I got the survey on my Linux box. A few months later I stopped using Windows.

The same mostly goes for other surveys, except that those surveys probably pull info from other places, and represents the users of those sites. And as mentioned above, user agent spoofing. In any event, a few percent one way or the other in a survey doesn’t change reality for the Linux desktop.

Probably because most the malicious stuff they are going to run into is going to be aimed at Windows systems.

Linux users being less likely to have girlfriends.

Or just stay in linux all the time and you won’t have to reboot.

Got distracted at work… 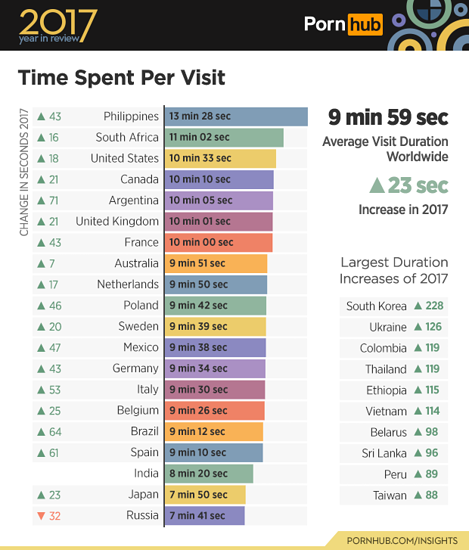 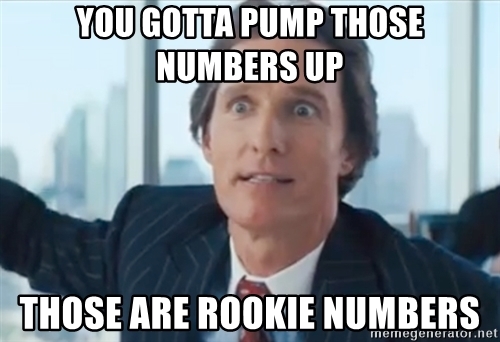 Those Filipinos have a lot of time on their hands.

Time… is that what we are calling that now?!

This is getting out of hand, what started off as a simple joke has turned in the thread’s subject.

Someone Please Close This Thread!