I am relatively new and inexperienced with gaming PC I have always had consoles and have come to the point where I could save a lot more money just investing in a gaming PC instead of getting a new console every few years. I was wondering what would be a good starter gaming PC would be I'm looking for around the $500-$1000 price range, would like to stay towards the lower end of that is possible. My main game I want to play is No Man's Sky currently so it would at least need to run that at a decent level, not needing anything super high performance just decent and easy to upgrade when the time comes.

Do you already have monitor keyboard and a mouse or dose that need to be factored in.

I have a cheap mouse I bought awhile ago but that's it no monitor or keyboard. I wasn't really counting those in the cost my main concern in getting an actual PC that can run the game/games I want to play and I'll look into the monitor and such at a later date.

I'm not really sure what OS, I am assuming you mean operating system, I am currently using windows on my laptop so I am more comfortable with that. As i said before I am relatively inexperienced when it comes to computers and such. I am hoping to slowly learn while building.

That is a little over what I was wanting to spend would you have any suggestions as to what I could swap to get it all under the $1000 mark?

Not bad but I'd change a few things:

Ditch windows. You can pirate Windows 7 super easily, and get all updates, etc. The free update to 10 is over so just stay away from the bag of hurt that is Win8x

Here's a case with better ventilation, and it's cheaper too. 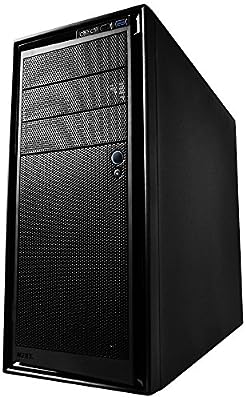 The Source 220 delivers the basics while containing the essentials for performance. As a stepping stone, it continues the series known for its affordability and simplicity. This mid tower case is an u ...

Get a used video card. You can get a lot more bang for your buck or save a lot with a used card.
Check craigslist. GTX 970s can be had for the mid $100s and they offer similar performance. I've seen 980 for about $250 on CL.

That is a little over what I was wanting to spend would you have any suggestions as to what I could swap to get it all under the $1000 mark?

That includes the montior... so if you already have something usable, you don't need that. Also, you don't need to spend $110 on your first mouse/keyboard. I'd start with a $20 logitech basic set. Maybe a mouse is more important for this.. but I'd start out cheap. 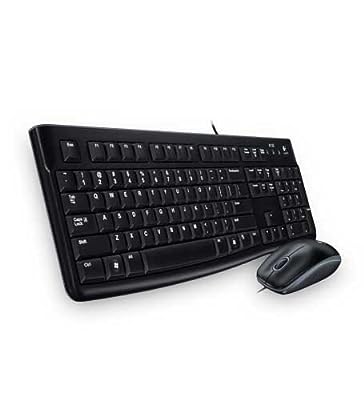 With a comfortable, quiet keyboard that's sleek yet sturdy and a high-definition optical mouse, the durable logitech desktop mk120 brings comfort, style and usb simmplicity together.

Refined and updated. Wait a month for kernel 4.8 and you have a great linux machine. Streaming, gaming, internet, whatever.

I have never used linux before so would you say it is pretty easy to understand or would take some getting use to?

I honestly didn't think about getting a used video card I guess it make sense when people upgrade their systems to try and sell off the old parts thanks for the advice.

just get an aftermarket 480, and it includes a sweet sweet 1080p 144hz free-sync display, it's TN, but it looks pretty good for TN

I've been a user for too long so I couldn't really tell you :P I guess if you can adapt to what tools are in linux V windows and you can learn the different desktops OK its easy to pick up after a week or two. I can only advise to always ask questions and that IRC, distro forums, and TekSyn users are great for anything you want to know about. If you're more comfy with windows I would stay at 8.1 though. I'm not really a windows user by any means, but 8.1 is easy to crack open and lock down and you get the kernel benefits of NT 7 :P Nice and fast.

Oof >.< barely cheaper than mine!

Well I opted the lesser CPU but faster ram. :P

Eh. Still overall doesn't matter much unless you're running like an i3 with a titan X lol, guess skylake does do something to make it matter a little more than DDR3

no optical
no OS
no monitor

Thanks to all of you for taking time to help me out on this. You guys are super cool and I will look into all of the suggestion and ideas. Please feel free to continue adding to the thread if you think of anything else.