Star Citizen, What do "you" want to do?

Haven't seen a topic like this so figured I would start one.

Basically, what would you ideally like to do in the game when it is launched?

Myself I would like to start a "Exploration Security" service to start with then eventually use it to finance my own deep space exploration on the side.

as of yet though I have not decided on which ship(s) would be best for providing security services for exploration missions (open to suggestions) as they would need to be Fighters/Gunships Equipped for Long range trips without sacrificing much firepower.
(Leaning towards a Vanguard Warden/Redeemer)

for the deep space exploration, yep you guessed it, i'm thinking the Endeavor class would be the best ship to aim for as a goal, might start doing some exploration with a 315p/Freelancer DUR (or Carrack if it comes out) though.

From what I can see, Star Citizen is doing basically what other space games have been doing for years now, but taking it to a new level. What I want is a fast paced space shooter. I think Star Citizen will not be the game for me.

so basically you want a space sim with gameplay like COD?

I want everything completely the opposite of @muff :P
well not completely, but I wanted to make a pithy statement

Sorry if I came off as brash. I'm just longing for a bit of the magic that once was. Too many space games have let me down.

That EVE Valkyrie game is what you're looking for. Or just Star Citizen's Arena Commander.

I am planning on focusing on EWAR and hacking/security. I plan on mostly being a crew member on someone else's ship.
I have no interest in dog fighting, and the only time I will do any piloting is for either personal transport or piloting a large ship.

It would be fun to do some kind of Escort service for high value transport vessels.

Star Citizen, What do “you” want to do?

Take over a planet with the Tek Syndicate guild.

I want to race the M50, pirate frigates, be a bounty hunter, overturn planets, colonize asteroids, discover aliens, and (if possible) invent new technologies. This game has tons of flexibility, I just can't afford it right now.

You can't tell me this isn't one of the coolest ships in SC:

it is, but sadly doesn't have much of a range (it's a racing ship primarily)

Find out it there is a planet with a suitable hill from which to roll 30 rolls of cheese cheese down.

I will launch in my Aurora LX, and admirer all the Idris/Constellation etc players blotting out the sun. It will be asif I joined a universe where everyone else is a shittonne richer then me and I'm nothing but a scrub.. oh wait... damnit..

Take over a planet with the Tek Syndicate guild

this using my ships, some thriving forest world full of alpine trees so @Logan can frolic freely, Like Forest Moon of Endor but pine trees.

Basically, what would you ideally like to do in the game when it is launched?

Race my 350r and use it to deliver info faster than anyone else, and have it be my "daily driver"

Take my Constellation Taurus to move cargo my freelancer cant.
OR completely strip it and have a 61 meter long go kart of a ship using those 4 TR5's
OR armor the fuck out of it to the point where it s a flying rock
OR cruise around the galaxy with the swell folks of the TS org doing who knows what
OR... placeholder for more awesome things

Constellation players blotting out the sun 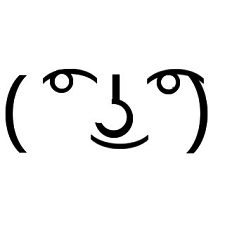 this using my ships, some thriving forest world full of alpine trees so @Logan can frolic freely, Like Forest Moon of Endor but pine trees.

I got a feeling @Logan would want to frolic on a mountain like Forrest Gump and run all over it...and possibly call his ship a shrimpin boat (just guessing at this point)