Hi Guys
I am looking to buy 3 cheep SSDs 120g for cache and docker/VM system files for my freenas box I only need sata3.
Any advise or suggestions would be most welcome.
Thanks

You might have a go at using SanDisk. They were recently bought out by Western Digital, and it looks like their older leftover stock is now a bit cheaper than the rest of the market.

My local online retailer has the following how accurate are these numbers likely to be?

I would suggest the Crucial MX300. Competes with Samsungs offerings and is one of the front runner in flash nand and has been for some time.

Ah, didn't realize you were from the Land Down Under. Not sure how prices are down there. I would say that the read and write speeds are probably somewhat accurate. I've heard Crucial and Samsung have relatively good reliability. They don't necessarily fit the "cheap" category.

Now that's getting up there

Ive had problems with crucial drives..i own 2 and have had problems with both. One doesnt wake up and dissapears from windows/uefi after sleep full power down needed to restore with the occasional unplug from wall. And the other i had to rma cuz it locked it self from windows 7/8 and 10 on 4 different machines i own even though windows reported drive was r/w and crucial tool.box said drive was good. Couldnt write to drive with out a external enclosure for some odd reason . But could use/install linux no issues but i needed it fornwomdows on my lap top

I've only ever had experience with 3 SSDs, all samsungs.

I'm still running my 4/5 year old 120 gb and the other two i put in my brothers rigs are going strong as well. Not much younger drives*. And at least a few years ago they were very well rated drives (pretty sure I got their regular consumer model i know they have a few types)

Prices on NAND storage or whatever it's called are gonig up tho. Ram and ssds, so pull the trigger soon or you may be facing price hikes. I'm not sure if it's a collusion or supply shortages, but either way it's goin up.

I have heard people are having good results with Adata SSD's. They are pretty inexpensive.

Don't worry too much about sustained read specs. They are all pretty much the same for SATA 3 drives. The most important spec is random read/writes and most SSD's are pretty good at that. I have a Crucial MX200, a Samsung 850 EVO, and an Intel 750 PCIe SSD's. TBH the Intel was a waste of money for me. Despite the super speed, I can't tell any difference IRL. I ignored the reviews that told me it's only good for people that work on lots of big files, like video editors.

I have had issues with Crucial, but that may have just been a Linux thing. Did not have the time, at the time, to do a proper analysis.

My OCZ Vector has not caused me any issues but it is far from the best.

The only brand that I will get the cheerleader pom poms out for is Adata. I only have an older 120 gig from them but it is my go-to drive when I need shit to just work.

Sorry this is nearly double the price. Here is a decent cheap one 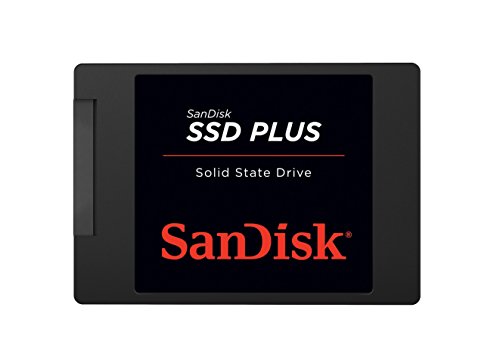 Step up to SSD speeds and inject new life into your laptop or desktop PC with a durable solid state drive from SanDisk.

Thanks for the advise guys.
I went with WD Green SSDs 120GB
I'll report back soon. FreeNas corral for canned. I am annoyed