I have a short thought with some of my hardware setup rn. I would like to keep my fast boot speeds, but HDD/SSD space on my boot is a thing in the back of my head.

So I have a samsung PM800 SSD, 64 GB drive from 2010/2011, and a 160 or 180GB 15K RPM WD Velociraptor that has been living inside of one of my imac’s. I’m wondering if the SSD would be better in my mac pro and the velociraptor in my main machine. They seem to have the same speed, but the WD drive is also newer than the SSD.

Just curious. I might be putting windows 10 on my box again when quake champions comes back out and it’ll only be for that really. Boot space matters in that case.

Alternatively, if its not worth it, why?

The SSD is currently in your main machine?

The real winner here is to just get something like a 250GB Samsung 850EVO. They dont cost a lot, will outperform both the old SSD’s and the raptor, and give you bore storage than both combined.

Also, since this is a new SSD it’ll outlive both the old ssd and raptor as well. 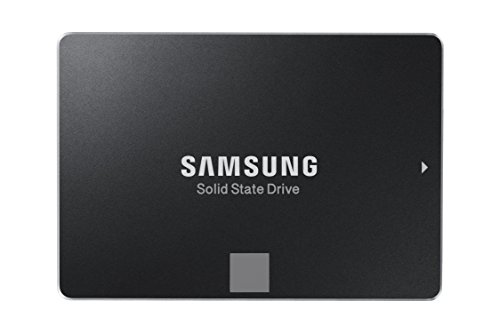 Upgrading your PC with a Samsung SSD is the most economical way to breathe new life into an aging PC. The 850 EVO reads, writes and multi-tasks at incredible speeds, enhancing boot-up speed, applicati ...

Dont bother using the older parts IMO leave them where they are. The old SSD will do a better job as an emergency backup OS/Recovery disk instead of a main OS disk. The raptor will do fine in your mac pro, but consider getting an ssd the the mac as well, youll see a decent speed boost and itll live longer than the raptor.

What you could do is setup both these drives in a RAID 0 and get both space and speed. You’ll need to do this in software because most hardware RAID controllers won’t give you the full space of the bigger drive. ZFS or BtrFS in Linux. Storage Spaces in Windows. Test it and see what kind of performance you get and if it’s worth it for you.

My philosophy lately has been to run as much as I can from my main system and use VMs if I need something special purpose.

Yes it is. Its not causing problems or anything, I just want more space for other os’s. I have a 3 second boot time, literally.

I hate raid. A lot. If it decides its done everything is gone NOW. Not worth it for me TBH.

In that case, I recommend buying a new, bigger SSD like @RotaryWombat suggested. I use RAID 0 to burn up older drives that I can’t really use on their own anymore with data I can easily replace. Unfortunately it’s RAID 0 or bigger drives.

If you’re doing a Windows setup, you could use the faster drive for the C drive, and then create a junction (essentially a symlink) for the User folder onto the slightly slower drive. This is obviously super easy in Linux, but not everyone is aware that you can do the same thing in Windows.

My mobo only has 4 sata ports available. I’ll think about it.

You can try ebay too if you want. Alot of people are upgrading to M.2 and selling their working SATA SSDs for relatively cheap. Obviously all the usual warnings about used hardware on ebay apply.

They seem to have the same speed, but the WD drive is also newer than the SSD.

They might have the same speed in your normal scenarios - where probably more time is spend on other things than reads/writes to the disk (as it is with games, and somewhat also with system boots).

In all the possible tests, SSD should be faster. Your Velociraptor has probably 150GB - I have its bigger brother 300GB and it has read/write 125MB/s, at best on the edge of the platter (newer Velociraptors 250/500/1T have max 175MB/s). It has seek times faster than any 7200 RPM disk but its 10k RPM (there is no Raprtor/Velociraptor other than 10K RPM AFAIK). But compared to any SSD from the same times, it is at best still 10 times slower than any SSD (with exception of a first noname-budget SSDs).

That said, if your only purpose for one of your machines would be a Win 10 for a game, then you will see only small difference between your SSD and the Velociraptor, because games mostly read files sequentially (or in small number of reads) that it makes not that big difference. The disk size might be decisive here when considering only games.
The boot of a system does a little more jumping between parts of the disk, but still disk size probably would matter more when taking into account only 64GB SSD.

Yeah… I’m on the fence atm to be honest. Theres a chance that I might be selling off my current parts fore an FX dream machine I have wanted for years. (I know it sounds dumb but I want fx so damn bad). And if not fx, a 2011 mac pro and going for it. Till then I have to figure out some minor things, like this.

Genuine question, why do you want an FX machine? i own an FX8320 machine and i cant wait to get rid of it TBH so im curious why anyone wants one?

FX is that sort of weird that I love. A multi-core RISC design that has the same single core performance as my current machine, actually a bit better, and double the cores. It fascinates me. I also want to run older OS’s when I need to. Fact is FX will probably be my leading platform for… Well a while, if not indefinitely. I need the older OS compatibility, XP for example, to stream older games (OBS supports XP), and I need the hardware compatibility. Now the arguments have been made to me that I could buy haswell or whatever, and yeah sure I could. I could also buy Zen for about as much as the investment as I would be making on FX. But I’m a processor junky. I don’t care about new, I care about interesting. I had a phenom before my current machine and I loved it. It actually handled streaming BETTER than the sandybridge that I have now, and if I could go back to that phenom machine right now with a 970 board for 20 bucks I would do it in an instant TBH. FX s just the jump higher up than that phenom, the next evolution.

My previous machine was a phenom that was older than my sandybridge, but for streaming and all the stuff I do now it was A++ and better at it than my current system. an FX chip is basically 2.5 of those phenoms slapped together, and I don’t need to buy new ram. Its honestly logical for me to get that, on top of cost effective. Plus, I like processors that are interesting.

Fair enough, I’ve been looking for some excuse to move to either x370 or z370 platform so i was going to sell off my current fx machine anyways. youre welcome to send me a DM and we can chat further so that the thread doesnt become cluttered

OP you should apply here

and as far as storage use an 850 evo it is a great choice over your current offerings. if i was forced to choose with out spending cash i would use the Velociraptor drive for windows. the ssd that you have is just to small for me.

the ssd that you have is just to small for me.

Well the way I have my system set up is that the SSD only holds my linux installation. I don’t really need a billion gigs for an install space since I religiously store everything NOT on the main boot disk. I could have a 32 GB SSD and by perfectly fine. Windows is a fucking garbage fire though. You need like 40 GB for the base installation because once you install and update it just keeps pulling more garbage down from microsoft. Pain in the ass.