For those of you who like spy stories/drama:
Spy Tech Company 'Hacking Team' Gets Hacked
Here Are All the Sketchy Government Agencies Buying Hacking Team's Spy Tech
Hacker Claims Responsibility for the Hit on Hacking Team
Hacking Team Asks Customers to Stop Using Its Software After Hack
WIRED news article
Have a good read.

TLDR: Hacking Team is a Milan-based IT company that sells offensive intrusion and surveillance capabilities to governments and law enforcement agencies got hacked. 400Gb (just a small part of what was stolen) of data goes public, including source codes of malwares, list of customers (including US gov., Russia, Germany, Sudan, ...), invoices of payments, emails between the staff and the customers, passwords and so on.

That had me grinning. Well done haxxors, well done.

The part that got me laughing is when the attacker, hacked into one of the sys admins PC and found this: 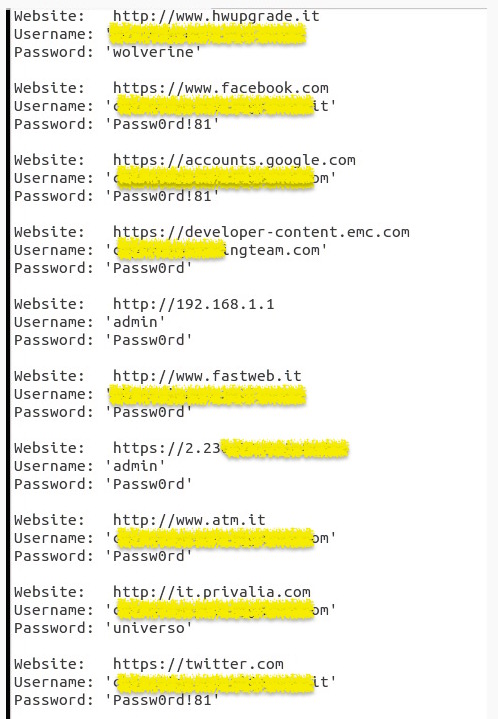 wonderful passwords for a sys admin