Hello fellow humans....SPOILERS AHEAD...duh. (This is a bit of a rant. Pardon.)

If you've played and finished the story you've probably been left by a similar feeling that can only be described by the following words:

You know you've been screwed when the message NEW GAME+ unlocked after what can only be described as the 1st boss fight in the game. Later confirmed by 10 minutes of cutscenes which are basically one cliffhanger after another. This game leaves you with more loose ends than...I don't know....Hillary Clinton's lies maybe? Doesn't matter.

At the end you are served with a nice plate of "Fuck you, thanks for paying for this "Episode 1",which is something we decided to leavet out. You propably wouldn't think this game warrants a full $60 price otherwise, right?"

...If you've played Deus Ex: The Fall, you'll be feeling a familiar feeling - that game also ended on a cliffhanger and a message: ...story continues in Episode 2... although nobody mentioned that at the start anyway...

IN THE NEWS: Apparently we're getting a DLC story as well, not even a full month after launch?! What the hell is wrong with these companies? (...ARK announces paid DLC in Early Access...) Is this it? Have we lost the battle for good, complete games to super buggy (beta) launches, and infinite DLCs? Goddamn it and goddamn the pre-orders.

I am a big fan of the Deus Ex series, and this game offers a good experience both in game mechanics, environments and story if you look at this as EPISODE 1.

CONCLUSION
I'm mad. Because the story ends on numerous cliffhangers, the DLC a month after launch, the game that will come after this will probably involve many same environments and probably the same character set and probably be the "same game" only in "expansion mode", the fact that story elements that haven't been in Episode 1 are even included in the trailers for the game.

What were your thoughts on it? Do you think we should fuck Square Enix in the ass as well? ah...

I'm only giving them a pass cause the game is good. though it was shorter than Human Revolution which was somewhat of a disappoint.

I would give them a pass as well ( I agree. the game is really good...until you get to the "end", if there wasn't for the same shit that they pulled with The Fall - and that game never got to conclude it's story. What's the writters/editors excuse there?

And what's the deal with the whole "Jensen's Stories"? Doesn't smell right...

to be fair, Deus Ex the fall wasn't made by Square Enix, it was made by some other developer for mobile devices.. they just ported it to PC.

Yeah...I know...although somebody was making the shots about the story being cut into multiple episodes ( and informing the customers about it ). Probably Square Enix. Did they complete the half-finished story? No. Because the PC port was so bad and therefore the sales were not up to par.

Some outlets are reporting low sales numbers for Mankind Divided - hopefully they won't make the same decision regarding open plot points as they did with The Fall.

Other worrying factors:
- game was on sale after being out 2 weeks? Picked it up for 35$ on Amazon...
- paid DLC announced in weeks of the launch date (probably in production and maybe even ready before launch? On-Disc DLC?)

If they are unsure they will make enough sales to warrant a sequel why not just package the story into one complete game? People won't be disapointed by that decision which would probably not result in bad marketing and sales for a possible other Deus Ex game, therefore making it a much more savvy business decision.

the ending left alot desired for sure. Great game non the less but i felt the ending for the first one brought much more closure but if they intend to make an enormous conclusion in the third and final installment leaving these things unanswered is the best move for them from a PR standpoint. I just hope the third one blows my mind.

Whats going to happen as i see it.

I can see if focusing on the TF29 finding out that Collective is the New Sons of Freedom which does become National Secessionist Forces in 2031 that we know of in deus ex 1.

JC should be born in 2029 but the game does not seem to reference this fact at all, but I do not recall HR referencing Paul being born either.

When will the knights Templar show up given they are not wiped out until the very early 2030's will make a fun TF29 mission.

Correct me if im wrong but im sure picus talks about tuberculosis in india which versalife cures along with many other diseases in 2030 which may have Orchid connections and the gray death which means aliens.

The Northwest War starts from this and the Siege of Squalnomie also takes place in this year which will make a good finally and a starting point of the Northwest War trilogy or something with a new protagonist I be sick of Jensen by then.

On the Illuminati master plan I think it is to convince Nathaniel Brown to turn the Safe Harbour Initiative into global FEMA camps by any means either by convincing him to support the Human Restoration Act or killing him to plant a puppet to run the Santeau Group and still achieve this, this happed to arc. which is what we saw in Mankind divided.
The reason why this does not end up happening i believe is that in deus ex 5 we will start to see the cracks in the Illuminati in which we see them all fail to agree on how to deal with the NSF which leads to the collapses of the USA government and we will see the full fall of the Illuminati Northwest War trilogy or how many games it will be.

For anyone who hasn't seen it, The Unusual Suspect just reviewed this game. Guy's a legend.

Yeah...last ( more like "only" ) boss fight was pretty chill, I was playing stealth so I had the drones finish him - I don't think he is dead... 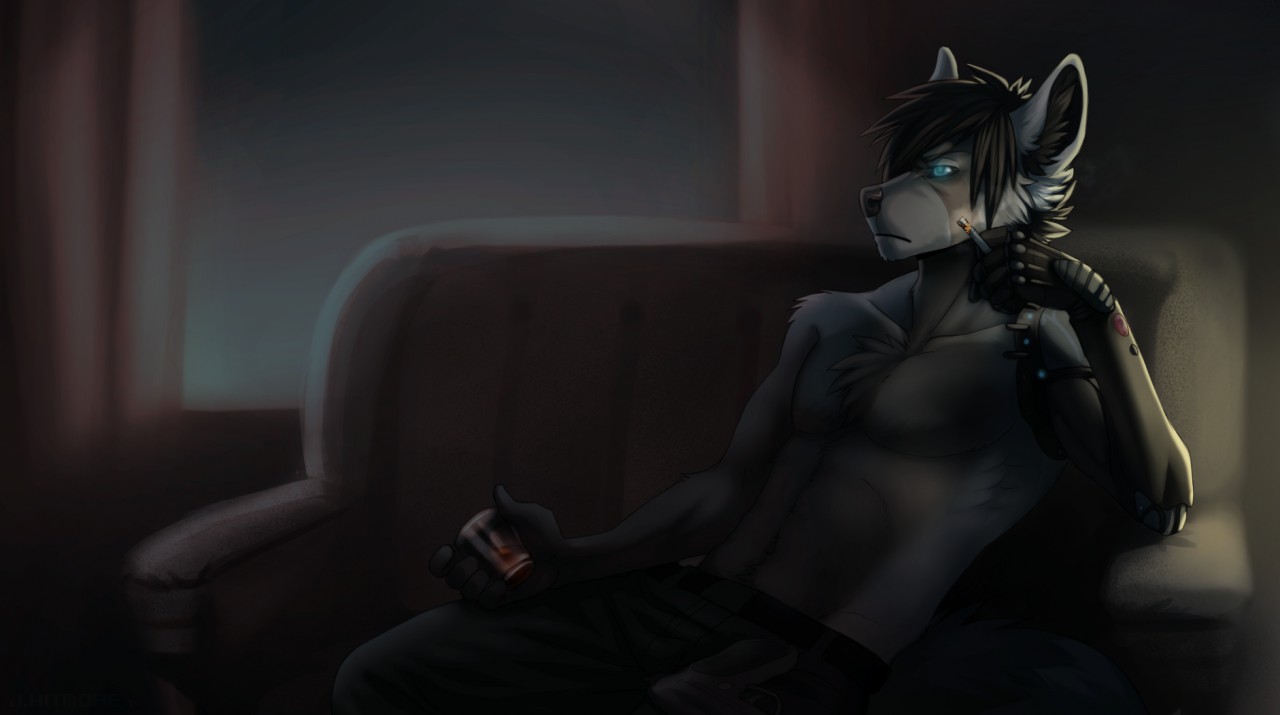