Speccing out a Gaming PC for Next to Nothing (Under $100)

So most of you have probably seen Linus' "$69 Gaming Build" where he used an obsolete VIA board that was pretty horrible even when it was new. You might get the impression that if you only have a few bucks you cannot build a usable PC that could even remotely be considered a gaming PC.

You DO have options and they're a hell of a lot better than what Linus showed. So, here's just a few ways to source the parts:

Take a look at eBay or around town for some AM2+ hardware. Yes, 775 is around the same price but the NICE 775 boards carry a premium price. Just about any AM2+ board you find will support the same set of CPUs and RAM without needing to match chipset features.

Take a trip to a local recycling or resell shop. Chances are they have that $50 complete machine sitting on the "boot-only" rack and you can walk out the door with that. It might need an upgraded GPU but that's pretty easy to scrounge up with eBay or your local classifieds site.

Dumpster dive! This is hit or miss but I've actually managed to scrounge up some pretty potent hardware by simply taking the back alley and checking the corners. Not long ago it was a Lenovo desktop PC with an i3-540, 4GB of DDR3 and a fully functional 320GB HDD with Windows preloaded! I don't know what it was doing by the trash but I don't look a gift horse, er, PC in the mouth.

And now to show what you can get with that.

Using the first option, here's what I dug up on a very quick search:

Bingo! We don't know the CPU specifications, and that's actually just fine. The worst possible chip we could be getting here is the Phenom X4 9150e, a 1.8GHz quad-core or Phenom X3 8250e. Since every AM2+ CPU is overclockable from the FSB we've really got nothing to worry about.

Well damn, we've got half our system complete for just about half our budget. Excellent!

We still need to grab up a case, PSU, GPU, HDD, and maybe some peripherals (though that wasn't required in Linus' video.) Let's put as much of our budget into the GPU as we can; skimping on some hardware is alright to allow for the better card.

Skipping right on to option the second to search for a case. I fired up Craigslist and start looking in >for sale>computer parts. Just scroll through the pages and see what pops up. 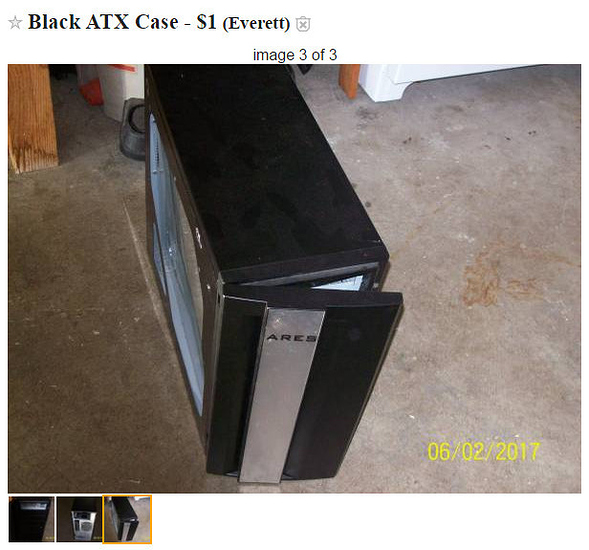 Perfect! Hey, it's not pretty but it'll house our components and work fine. The trick here is finding that one guy who really just needs to have it gone. They'll let it go for next to nothing with no questions asked.

With the money saved on the case we can afford to outright buy a PSU. Normally you're looking for a combination as many sellers will simply include whatever PSU the case has inside for no extra charge. We didn't get that lucky this time but I still found an excellent little cheap PSU further down the page. 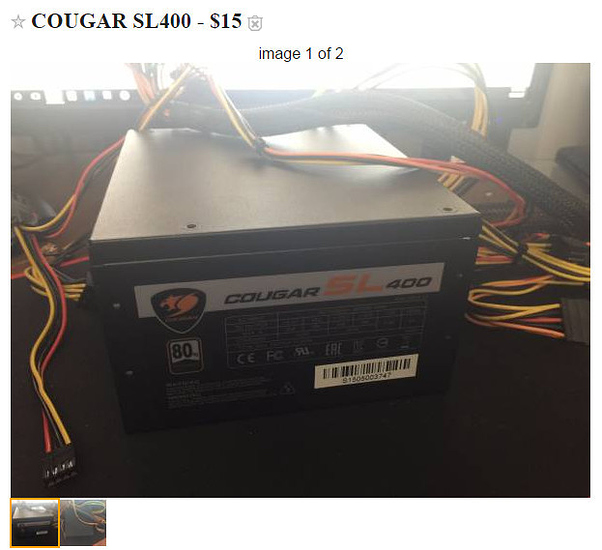 Now here comes the challenge. We need this to be a gaming PC and that integrated nVidia GeForce 7025 on our motherboard is NOT going to cut it for anything above Half-Life 2 at low settings. Our budget is now $48, so let's get to it. At this point either eBay or Craigslist could offer us what we need.

Disaster strikes! The Radeon HD 6870 requires 2x 6-pin PCI-E power and our 400W PSU only has a single 6+2-pin! Well you're going to have to trust in the ability of a 2x 4-pin to PCI-E 6-pin to power the card, and thankfully our card comes with one in the box. Whew, disaster averted... For now.

Okay we've just got to grab a HDD and those are a dime a dozen. 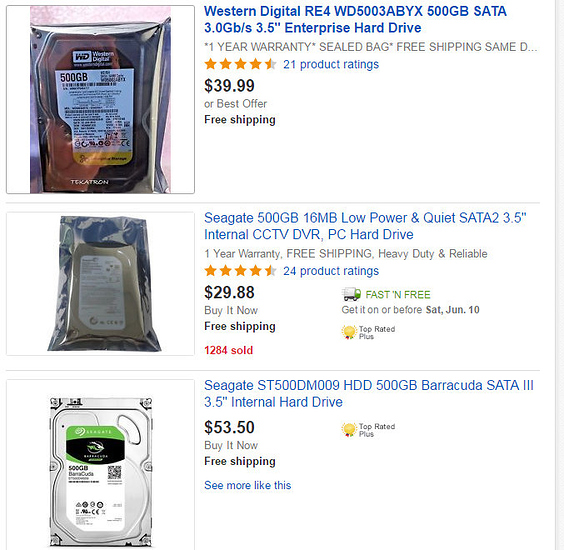 Wow, okay maybe not but we did still score a 160GB WD Blue and with two cents to spare.

Alright so I'd like to clear up a few things down here at the bottom.

Start with whatever systems you can find on your local ads first. Might be able to find some intel core2quads for cheap, throw a hyper 212evo on it and spend the rest on a gpu.

Love this sort of thing

I was going to actually update this with benchmarks but I've found either my Phenom X4 9150e or my M2N-SLI Deluxe is dead. I do have a Phenom X3 8400 here so all may not be lost if the board can be coerced into booting.

Edit: It's the board. RIP M2N-SLI Deluxe.

Walmart's web site has allot of refurbished pc's often for what a legit Windows license costs and even less.
40 something percent of gamers on steam use the iGPU.
The GPU's today that do not need a 6 or 8 pin power cord like the 1050 approach framrates on newer games like Doom equal to what mid-range cars like the 770 get.
Having used an APU I noticed fun games are fun at low and medium settings. Games that suck don't improve with higher settings.
There was a thread here called "Anyone still rocking an X4?" It had some good info as I recall.
Never once saw an OEM PSU fail. If they blew up the way some tell it no one would underwrite a business with a PC. Still waiting to see, "Fire caused by OEM PSU" in the local Newspaper.
Jay did a vid with a 380 plugged into some 40 dollar athlon plugged into a free motherboard. Played Doom quite well

Having used an APU I noticed fun games are fun at low and medium settings. Games that suck don't improve with higher settings. 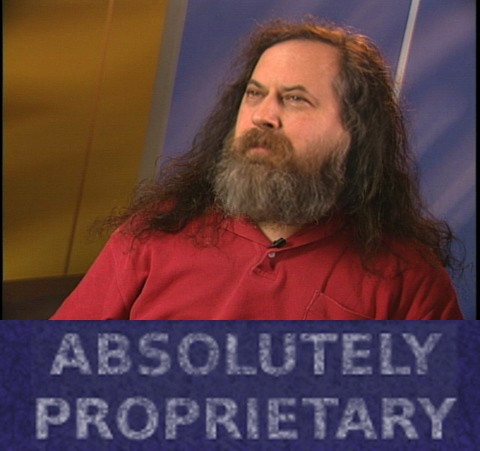 Joking aside, this was a "built from scratch" kind of deal. Like Linus said in his video, everyone's done the 'buy an old Dell and throw some parts in' budget PC. Also, getting cheaper prices is purely down to your local options. Sure, you COULD have that buddy who works at the warehouse who tosses you a fully specced out HP Omen for free because somebody couldn't be assed to fix it, but come on that's such an uncommon occurrence.

I've seen one go down in smoke in a friends PC, one die from a bad solder joint on a cap that took out my beloved Asus A7N8X-X (fixed the PSU and used it for years), and several DOA's. Never any actual flames or arcs coming out of the PSU. It would take some serious PSU kung-fu to pull that off.

Apparently the number one cause of PSU failure is shipping! I found it rather silly how he slammed it down after trash talking it, but I'm sure it was on purpose. I've only seen 2 or 3 of his videos and really don't like it at all. I think that one was the only one I watched most of the way through.

There are tons of ways to make a cheap machine happen, depending on the usage goals. Having spare parts laying around, getting old parts when building new computers for people, or simply buying low end can still get a lot of stuff done. My current PC was $44 for a G1850 Celeron and $55 for the H81M-H. $99 to upgrade my main rig n used the old one for a Linux HTPC.

At the time I stole a stick of RAM from my old DDR3 socket 775 board and other parts were all used. Eventually changed the PSU with one laying around from my old carputer, added a 24GB SSD OS drive for under $20, 2 x 4GB RAM on Black Friday for $35, and finally I had bought a GT 720 for $35 just because I had no video cards newer than an 8600 and wanted something for troubleshooting, which I popped in after it sitting around barely used for 2 years.

I wouldn't recommend that build, or some of my other builds like my N3150 Braswell, unless you are going solar. But with the hyperthreaded Pentiums being cheap enough, Someone could slap together a fairly robust machine for little more than I paid if they can reuse old parts and wait for big sales. Amazon Prime day is only a month away.

Nice post actually. It's had to be either a Phenom or a Core 2 Quad processor. Did rather well within the budget I must confess. But a lot of that stuff depend upon your luck. PSU, decent memory and Case for instance.

It's had to be either a Phenom or a Core 2 Quad processor.

Yeah those are the easier choices but like I said in the footer you can get better gear for close to the same price and still have a custom PC. Newer generations Pentiums and AMD APUs on low-end boards dip as low as the $40 range.

It shouldn't matter that much what I choose to do as long as its not illegal. There's more important issues in the world to worry a/b instead little ole me adding my 2 cents to a thread.

That was mentioned further up in the thread, and it's a good idea if that kind of thing is available in your area. It's not a universal option though.

Don't think it's very 'Franken'. It's just a PC built from older parts, nothing esoteric or unconventional about that.