For those of us on LineageOS, isn’t the default phone and text app Google’s? I ask because I’ve read Google’s app has built in spam call blocking. I get a number of spam bank calls and now just got a political “vote for this guy” text that really irks me.

The default apps are AOSP, which will be pretty much identical to Google versions but it lives outside the playstore.

So maybe lacking the updates google does on spam numbers? I selected the text and listed it as spam and att texted me an acknowledgement, so I guess I at least updated some list somewhere.

So maybe lacking the updates google does on spam numbers? I selected the text and listed it as spam and att texted me an acknowledgement, so I guess I at least updated some list somewhere.

That list is on your Mobile provider side. There’s a client side list on my non-lineage phone, all you have to do is press the 3 dots on the right side of the app, go to people & options, and select “block (555) 555-5555” to add it to the blocklist. You’ll recieve a notification a couple times for “blocked message from x” but it won’t vibrate or make noise.

It also blocks calls from this number, which is nice.

Keep in mind that most of the time they spoof the number they’re messaging from, so you’re actually blocking an innocent bystander.

The dialer on my stock rom N6p will show suspected spam call while ringing. It doesnt block anything from what I can tell.

Exactly. It doesn’t block for me either, it will say “spam likely” and I think that’s a thing from my provider’s side. Tmobile here.

Im not sure if its something google maintains or if its provider side, I’m on project fi. Looking at the feature google makes it seem like its something dialer specific and not provider maintained.

If your using the AOSP dialer, you most likely don’t have the report and block spammer feature as that uses google services as far as i’m aware. If you use the google dialer from the play store (link) you probably do have this feature. 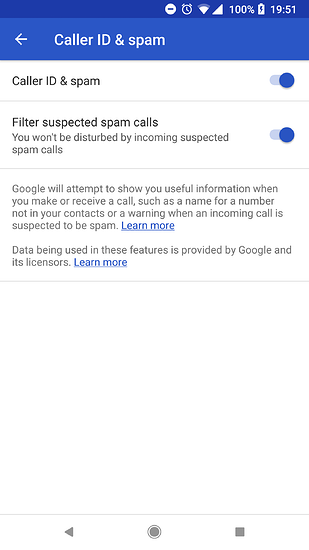 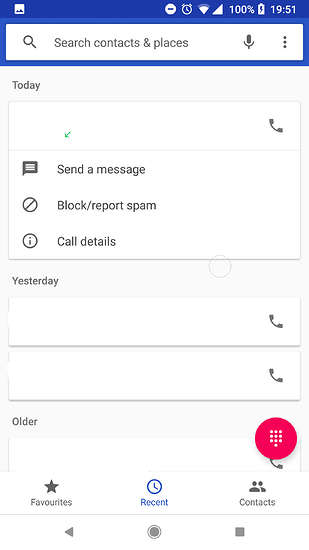 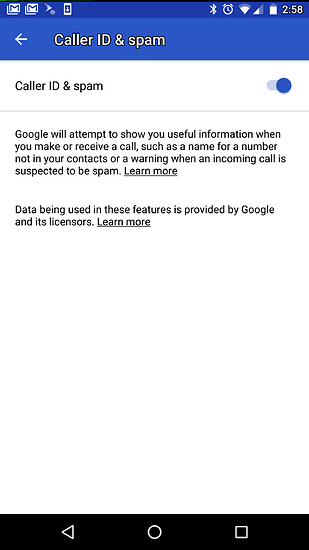 What android version, what phone?

EDIT: I’m going to try to sideload the update tonight for 8 and see if that makes a difference.
EDIT2: fugg it, ill do it at work now

EDIT2: fugg it, ill do it at work now

That was the last we ever heard from @Adubs, victim of an unfortunate sideloading accident.

It seems NRT is old and not getting updates anymore so I’ll have to wait until I’m home. It wants to download the latest OTA but the newest version on it is 7.0. I dont have another tool to sideload on this machine.

I checked and mine is 18.somthing so its probably just because im out of date.