So I picked up Elite Dangerous on sale. The game is fine on controller, but I have the Immersion bug. With EVE Valkyrie, Star Citizen And No Man's Skying on the way

I am looking dual flightsticks and pedals. I am clueless on theses

Plan on getting a Logitech G13 pad as well. I love information density.

Do Track IR and/or Leap motion improve immersion? If you haven't used either please say so before commenting on them.

VR isn't my cup of tea since I find the headsets too heavy at this time. I have used the Occulus at a demo and find Eyefinity Better.

So does anyone have recommendations on pedals, flightsticks, and any other misc stuff for Space Sims?

Plan on getting a Logitech G13 pad as well.

While I can't advise you on the pedals or stick, the G-13 is excellent, I've been using one for several years, the programmable keys let you create profiles that you can save, just all around a nice piece of kit that's comfortable to use.

I can personally vouch for CH Products line of joysticks, throttles and rudder pedals. I slowly built up a complete HOTAS setup of CH Products over the years and the quality is top notch. Most people seem to go for the Saitek X52 series for the biggest bang for your buck, never used them myself. Thrustmaster has always been known for trying to be the ultimate in joysticks for fligtsims and combat jet sims going all the way back to the 90's. I've never been a huge fan of their designs where they try to artificially simulate the real thing with mechanisms that make the joystick require additional force to move - trying to simulate the fact that the real joystick in many combat jets move very little.

At the very least throttle and stick go a long way for the immersion feeling in ED, rudder pedals aren't a huge thing.

You wouldn't think having a device that tracks your head movement would do much considering you're looking at a 2d screen but you would be extremely mistaken. First of all it doesn't take much movement to change your view and just by turning your head slightly you have instant access to the side panel displays and it feels so natural. Some of the inexpensive head tracking devices don't track depth and while it's cool to be able to lean into your display for a zoomed in view I don't find myself doing it that much. I'm using the TrackIR 5 with the Pro Clip in my setup, the price though might be more than you want to spend - there are cheaper alternatives such as freetrack that didn't exist when I bought my TrackIR 5.

I doubt the G-13 would offer much in the way of use for Elite, if you have a tablet you can do some cool things with it as a control panel. 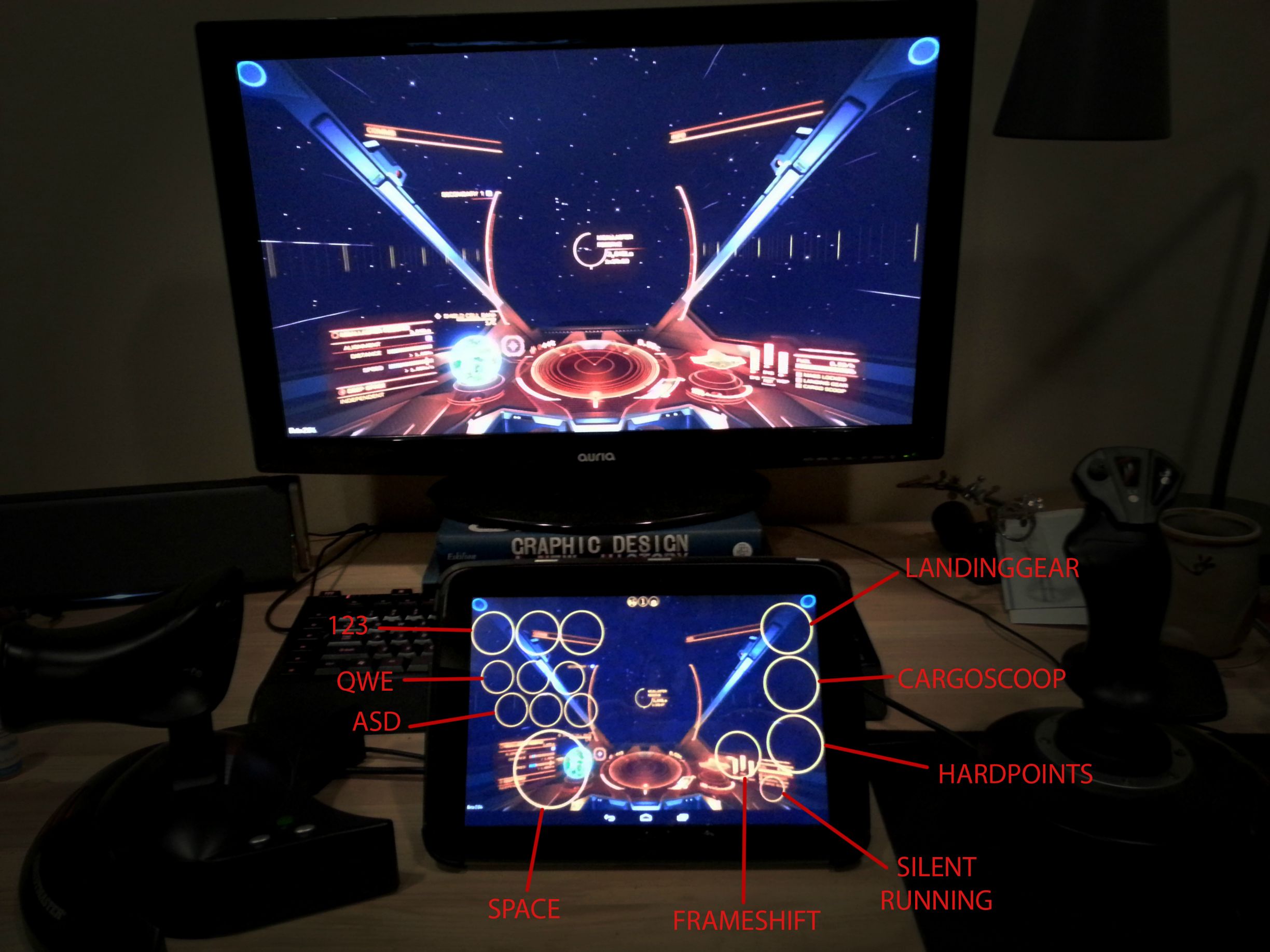 I made a touch panel interface for Elite Dangerous....

some people use voice command software in their setup too.

I use This Flight Stick with Voice Attack. Elite Dangerous was the main reason I completed My Build. Haven't played it since I built this computer because Fallout 4 came out...

Head tracking makes a huge difference in ED. I don't have a proper set up but I use this and it works pretty well, and it's free.