I am not really a mac person but I agreed too work on this mac.

What is dose it it hangs on the apple logo load scree after the chime.
if you hold control to access boot drive select you see the main drive but there is no recovery partition and you can boot into a linux usb stick.
If you run the diagnostic it says there is nothing wrong and it automatically runs the over the internet version indicating it can’t access the one that is suppose to be on disk,
if you try to run a recovery it automatically runs over the internet version and hangs on the loading screen after the download.

It seems to me its fairly obvious it probably needs a new hard drive since everything seems to work except things that would involve disk access.

Anyway apple are dicks and I know they use a proprietary ssd and I don’t wanna get the wrong one or overpay and after this I will probubley never touch a macbook again so do you guys wanna make it easy for me and pick me a drive that will work without me having to research the topic a lot since I am really not interested.

So anyway mac people help meh pick the right one and not get ripped off too much by some vender.

I’m not a Mac guy, so let’s wait for someone to sign off on this. But amazon has one, and it says it is for the MacBook Air in question.

oh dam that quite expensive, the ones i was looking at where like $90 they where labled with my model number but apparently there are two different versions of my model number and the ssds are not compatible between them so its confusing.

Where were you looking?

Did you try zapping the PRAM first (hold Command-Option-P-R down whilst booting, and let it chime three times before releasing the keys? Did you try booting with extensions off (hold down SHIFT whilst booting)?

The drive itself might be fine — could just be some corrupt data.

As far as a replacement goes, Transcend has some options:
https://us.transcend-info.com/Products/No-787

I did attempt too scan the drive for bad sectors with fdisk but it just hangs when it attempts too read it much like it seems to do at startup, yes I know the drive is encrypted and I did try those things yes. it just will not boot into safe mode at all the grey apple will not appear.

my friend payed less than $250 for it and the computers go for $400 in good condition those options are perhaps not a wise purchase.

Yeah, if they only paid $250 for it, it doesn’t make sense to spend the same amount replacing the drive.

If FileVault is preventing a safe boot, did you try disabling the firmware password via recovery mode?

Of course, if you don’t have (or can’t get) the password then this approach won’t work.

At $250, and all other things considered, it might be time for “Dear [Friend], the internal drive is a write-off and thanks to Apple’s proprietary SSDs, I can’t swap in a cheap, generic replacement. A new drive that’s guaranteed to work is north of $170 but given that you only paid $250 for the whole thing, I don’t think paying that amount makes sense. Apple’s entire business model is based around proprietary hardware and planned obsolescence, so I advise writing off the $250 as a learning experience and walking away. If you are prepared to spend $170+ on a new drive, accept the fact that you’ll have to bleed money on a regular basis to remain part of Apple’s ecosystem. Your call.”

The thing is recovery dose not funtion it hangs after downloading the internet version. I suspect if I unplugged the drive it would not but I haven’t picked up the right screwdriver as of yet. Of course you can boot osx from an internal drive so certainly no reason to toss the whole computer in the trash. I am perfectly comfortable gambling with a second hand drive and that’s probably what I’ll do.

Also note worthy adapters to fit a standard drive seem too be a thing for about $10. I think I’ll recreate this post in a more Mac repair environment and see if I can find me an experienced professional with some free time. The solution dump a unnessasery amount of money into a simple problem or give up is unlikely to be the best option. I

mostly its not an issue of the correct drive but whether it has been initialized by apple.
If not you need the install media usb or cd for that macbook in order to initialize or format the ssd.
mac hardware while proprietary are always plug and play so you don’t have to deal with configuration issues.
ssd’s themselves are a pain in the arse because sometimes they require specialized software to access them.

the sad thing is most computers are designed to be thrown away and just replaced with newer ones, I repair computers mainly because i save the good components to reuse.

You don’t require special media,. you have a few options for that install osx to a usd drive from iso or off the apple appstore if you have a second Mac to download it from and format and install your os from that or use the recovery menu. Since I cannot access recovery I will try reformating it from osx B4 I give up and say dead hard drive then I will find a suitable replacement drive. If possible I’ll probably get the adapter and a standard SSD, It would seem research will be required on my part.

Well 1o minutes of reading a single wright-up I learned the model number of macbooks mean nothing because basically all models or macbook airs have the same one the real model number is a differint number It also explained what type of drive I required. I purchased a brand new name brand ssd and an adaper, I spent less than $50 locally. I then spent 5 minutes replacing the dive. My precision screwdriver set had the right bits. I then ran recovery to install the OS. The new ssd is faster than the original.

So no my options where not to spend $250 on an overpriced “upgrade” marketed towards gullible mac people or give up.

Glad you got it solved.

To help out other folks who might find themselves in the same position, you might want to detail the exact adapter and drive that worked for you.

Or link to the writeup at least.

yeah okay, I don’t know if I can fin the exsact artical but macs are popular and the ssd is often the first thing that fails so I will re google the info its really not hard too find
https://everymac.com/ultimate-mac-lookup/
should get ya the info you need to identify your “computer” type in your serial number or the emc number in my case its the “Apple MacBook Air “Core i5” 1.6 11” (Early 2015) Specs"

so with that info its fairly easy to find a drive
in my case you need a PCie adapter simmalar too this one https://www.amazon.com/Sintech-Adapter-Upgrade-2013-2017-ST-NGFF2013-C/dp/B01CWWAENG
I got mine at a local repair shop and I spent $10so the exsact model =¯_(ツ)_/¯ I would suggest googling or ebaying around a little for a good one or a cheap one before buying

So then you need to buy a M.2 PCie drive too put in there and your done I am fairly certain any one will work. 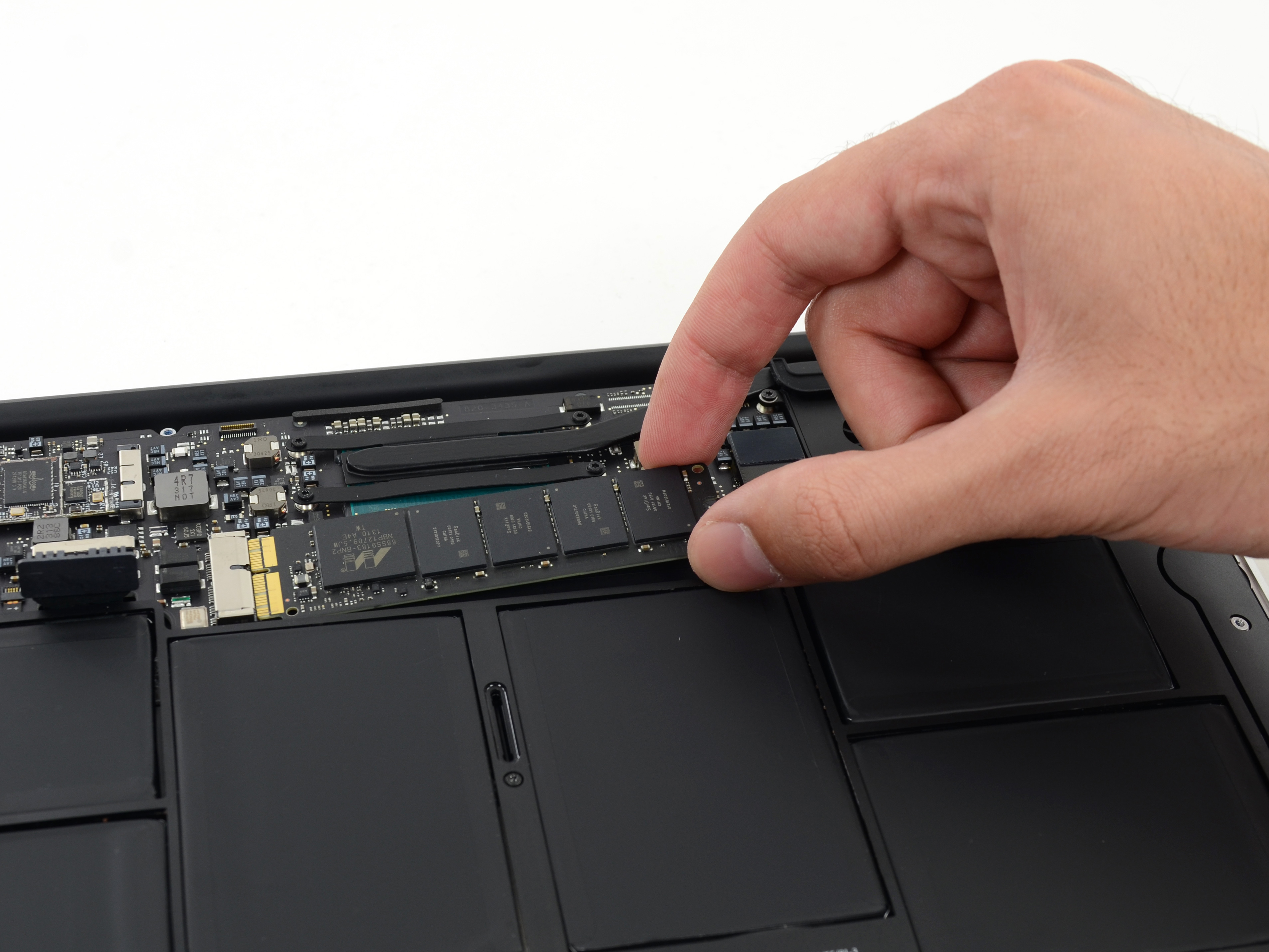 and finally just for good mesure I looked on ebay for you guys I assumed ebay would have an inexpensive drop in solution and sure enough it dose.
this is the drive adapter screwdrivers andd the OS is already installed for $75

note: this seller seems to require you too request the “free” screwdrivers if you want them included

We only use new, direct from manufacturer drives using the newest technology to give you the best product possible. This is a Mac compatible SSD Adapter. MacBook Air. Early 2017. MacBook Pro. except for MacBook Pro 2015 15" and 13" which operate up...