[SOLVED] Had a trayless drive die on me, no real issue, just a shame :-/

This happened a few weeks ago, one of my pools degraded - I did the wrong thing and assumed it was the hard drive, it was not. When I moved the hard drive to a spare trayless, it worked without issue. To diagnose I did change out SATA cables, moved to another SATA header on the mobo and the result pointed at the tray being faulty.

Luckily I have a few spare, but out of all the things that I expected to fail, one of the trayless drives wasn’t one of them!

FYI I went for the trayless option, because it was relatively cheap to buy the odd one now and again, when needed. I think in my servers next incarnation, I’ll be getting a rack chassis with storage for 20-25 drives - I’d likely only use 8-10 of them, but who knows what the future holds!

Hope everyone is well. 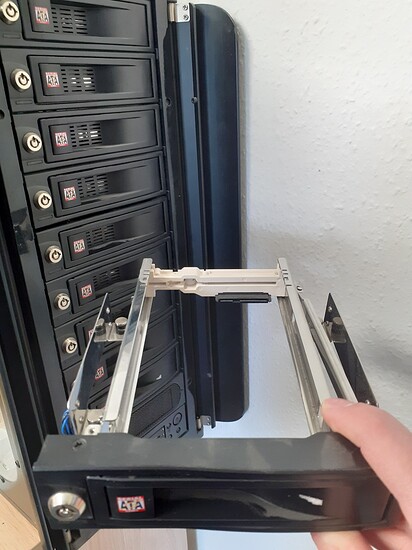