Gave away my i5 2500k and Asrock z68 motherboard in exchange for a Asus Sabertooth 990FX and an 8350. Not thinking or caring what could go wrong with just exchanging motherboards without bothering to back up our not so precious data, we simply changed it all over in an afternoon.

To my ignorant surprise Windows 10 from the other PC's HDD booted just fine on an i5 and GTX 680 pushing to an a399u @ 4k after living in a sterile AMD environment its whole life.

I was prepared to do some swearing at the bootloader after changing every aspect of the system sans the GPU and storage, but I have reached the end of my rope on this one.

How can I restore a bootloader to my arch install?

Update: I've been at this all day. I have a grub console but vmlinuz-linux is nowhere to be found.

Can you boot from a live CD and check if your /etc/fstab is using UUID to identify the drives?
I suspect that the UUIDs have changed and thus /boot is not found where the vmlinuz-linux image is (as far as I know).

I had that problem when I had to clone a server remotely, and forgot about that... had to pay for a KVMoverIP to be hooked up to the damn machine to fix that :(

boot up a live CD.

chroot into your system

chroot into the OS

from there reinstall grub.

If your using BIOS

If your using a EFI system

You might also need to do a new grub.cfg but this is unlikely, do this next step if it installed grub but it still didnt give you the right options to boot.

exit and unmount and reboot

Unplugged all drives sans the SSD with $esp, root and swap (Other 3 HDD's weren't even formatted).

Is grub-install deprecated to grub2-install?

It might be the fact that your using device paths rather than UUID. switch your /etc/fstab to using UUID, and run the grub2-mkconfig as I suggest above (skip the installing grub part) and see if that works.

Arch may have renamed it, i cant remember off the top of my head. which ever is installed is the one to use, the command options are the same.

Also dont make a new esp/efi partition if one isnt there, /boot will be your efi partition and it will automatically look for /boot/efi once mounted.

Still booting to a grub console and can't find a kernel.

Would it be easier to nuke grub and use systemd-boot or syslinux?

It might be worth trying, if found gummiboot/systemd-boot easier to use. Youll likely need to the the chroot I mentioned above to get into the system, if you have the arch install cd you can just use .. whats it called..arch-chroot? the one used during install. remember to mount your partitions first.

said it couldn't find vmlinuz-linux either.

Wow vmlinuz-linux isn't there at all, just /EFI and /grub

did you mount everything properly first?

Would I need to mount /proc and /dev separate like you did above?

the mkinitcpio -p linux should reinstall the kernel on /boot..

Restored the vmlinuz-linux and initramfs images.

Worked once the images were back where they should be.

Detected the images and finished successfully. 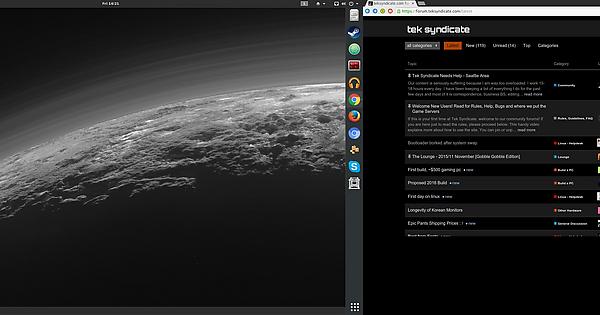 Thanks for all the help, glad I didn't have to nuke everything in frustration.