Free shipping | US only

Feel free to ask any questions.  I'm sorry, I absolutely can't ship outside the US. 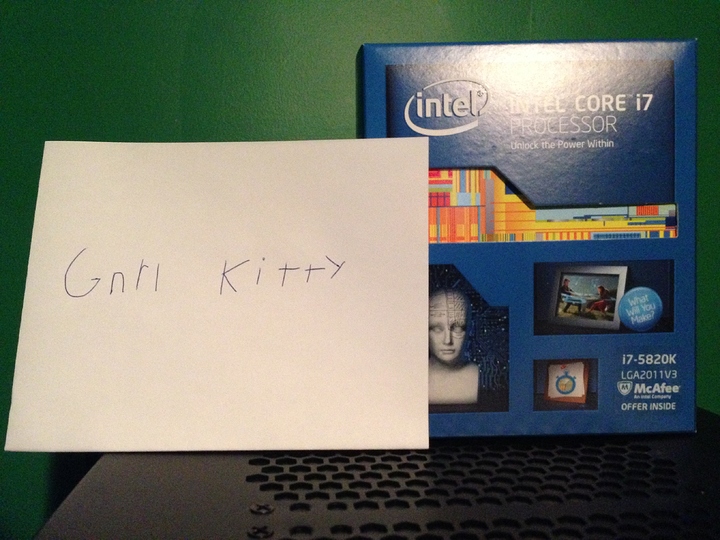 If it's unopened, then it doesn't need to be less than MSRP.

If its not less than msrp, then why buy it from here.

Well, there's only 25 Micro Center's nationwide... so there's actually a higher chance there is NOT a Micro Center nearby.  And hey, 40 bucks is 40 bucks.

Post proof of purchase pic, and a pic of the CPU's serial #.

None of that is relevant for a sale.

Did you order the wrong part?

Nope I bought it fully intending to use it, but I ended up changing my mind.

Yeah... what do you need that for?

I think this is a very nice deal guys. its still $50,- less then Newegg and such. its new unopened. so yeah nothing to complain about.

That the cpu is only $299,- at MC in store pickup only, is not relevant for the people who dont have a MC nearby.

Much appreciated, thanks :D

Prove that it wasn't stolen.  My guess is you stole it from somewhere and are trying to hock it here.  If you legitimately bought it, why didn't you just return it?  Places have a 30 day return policy, and that's just about how long this product has been on the market.

It was released August 29th.  That's 45 days ago.  The only Micro Center in my state is two hours away.  It literally is not worth the trouble to go return it.  I would lose money on gas driving four hours back and forth, whereas this way I break even.  Hence the reason I'm not selling it for closer to retail.

If you are not interessted then just dont react on this thread, with that kind of nonsense!.

His topic is totaly comform the BST rules.

I'm really interested in this, but is there any way you can drop the price to $320? I don't want to pass this up, but if I put up $340 right now I'll be bust for a couple weeks. Not that any of that is your problem...