The sort of flip-flop of the performance crown (with the 8700K coming out ahead by a minimal amount as you stated) has a lot to do with Intel’s architecture, yes. It is absolutely more capable with per-core instruction throughput per clock. Intel also does some things differently, like AVX for example, which put them ahead in some software that supports the newer versions.

This is marketing. In the context of Zen+, 12nm is just 14nm with a new name to differentiate that minor tweaks were made to the process. The individual core architecture was not changed between Zen and Zen+, just some elements were shrunk in place to reduce power usage and assist in pushing higher clock rates with more stability.

Skylake at the core level is a serviceable enough µarch. Combined with refinements to the process and throwing efficiency out the window to scale core counts and clock rates (Coffee-Lake’s 6 cores use roughly 28W more than Zen+'s 8 cores) it is definitely capable of edging out the 2700X in the average. There are still quite a few applications where the 8700K just doesn’t even compete, such as multi-core rendering (hence Blender and Cinebench being AMD’s go-to stage presentations) and AES encoding. Most of the time though, faster cores with better IPC are more than enough to retain the crown.

They use only the finest free-range organic grass-fed & grass-finished Silicon.

This is marketing. In the context of Zen+, 12nm is just 14nm with a new name to differentiate that minor tweaks were made to the process. The individual core architecture was not changed between Zen and Zen+, just some elements were shrunk in place to reduce power usage and assist in pushing higher clock rates with more stability.

This is true and Intel’s 3D trigate transistors DO have an edge over the finfet process in regards to Intel also controlling its fan. There’s actually a lot of engineering that goes into this but you definitely summed up the differences in speed above I just wanna touch base on one thing.

I might make a post on this given most of the misconceptions. Of course borrowing material already made in other places but I can make one so that the misconception between the processes doesn’t occur. Its actually this trigate technology that allows Intel to pack more into the processor and being able to make more logic for say extra AVX at the same node giving the IPC a boost. In fact in the 3d trigate there are some dielectrics that can be more finally controlled allowing the processor to flip and flop faster (its switching capacity is basically directly related to its clock) and that’s why you also see higher clocks on the Intel variants vs AMD however AMD definetly has an extremely efficient Samsung 14nm process going so I’d be interested in the coming years to see which one wins

With that said, I remember there being some pretty big announcement about the SRAM density in Zen matching (or possibly exceeding) that of Skylake and Kaby-Lake, allowing the extra core and I/O logic required for the Zeppelin dual-CCX pattern to fit with Samsung/GloFo’s 14nm process. That led to the process refinements being implemented on Zen+ to sort of ‘double back’ and shrink that logic after the fact.

Even the minor feature shrink still leaves Intel’s 14nm++ at 1.37x logic density or something equally as ridiculous.

So the 3D stacking method of Intel’s designs greatly contibute to core speed vs FinFET?

And what did AMD use before, then?

I’m still pretty overwhelmed by how 2 LESS cores, with single threads can make up equal/more performance…

And what did AMD use before, then? 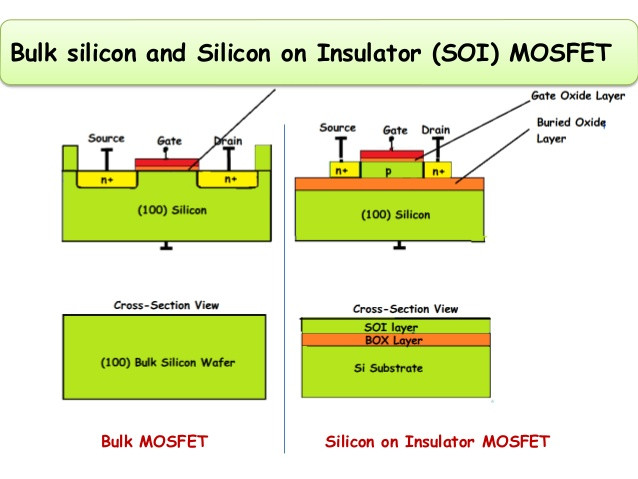 If you’re interested in the strength and weaknesses of Skylake versus Zen, I recommend you read this article comparing EPYC and skylake SP.

Looking at the difference of Intel and AMD cpus in the server space pre- and post spectre patchses, I think Intel takes some shortcuts in the branch predicton.

x86 is a high-level language

Just so you know, x86 machine-code is now a "high-level" language. What instructions say, and what they do, are very different things. I m...

this article predates spectre/meltdown and sort of pointed to why they happened.

I would definitely suspect them taking shortcuts in branch prediction (in hardware, duped registers/etc) and thats why they took a bigger hit when the fixes came.

Make no mistake. Intel’s 14nm+++++(+++) process is pretty amazing. But their fabs always have been. That has been intel’s advantage since the 90s.

However, with their stumbling at 10nm they’ve dropped the ball a bit and now their designs are having to compete on a somewhat level playing field and AMD design wise is just generally more ambitious and often more “clever” in terms of trade-offs in order to be more cost-effective (Bulldozer being an unfortunate mistake, but Intel had their own mistakes like the Pentium 4 and RDRAM… oh and how could we forget the Itanic!).

oh yeah I remember that.

Ah yes, the days of this little tool:
https://www.majorgeeks.com/files/details/intel_compiler_patcher.html

Also, AMD is cheaper in retail pricing and for small business, but Intel is known for giving deeper discounts to large OEMs, as long as they also have viable AMD products (or threaten to have them) - which makes for an interesting capital bootstrapping problem.

(e.g. why not go to 28core mesh like Intel, or even one up that with a donut setup, and then stick 4 of them on a PCB with 16 ram channels and some pcie 5.0 interconnect; put your serdes design skills where your mouth is.

Because that significantly decreases silicon yields and destroys all the cost effectiveness of the Zeppelin core design. The whole point of which is to be cheap to produce, extremely high yield, and fucking insanely easy to validate for mass shipment. AMD can’t just make monolithic dies anymore and compete, they can’t afford the waste of silicon.

Chiplets are the next step in that race for quantity and quality. You get all the important logic on a bleeding edge process, and all the stubborn logic that is significantly harder to shrink on the now extremely cheap last-gen process. Situate them on a 40x40 package and with some clever interconnect work pop out a processor that can be sold for around $500, instead of $900.