If you thought Windows 10 was bad before, S is way worse. The S is suppose to stand for Security and Speed, but it gained security by removing support for Win32 Apps and you could only get apps from the Windows Store. 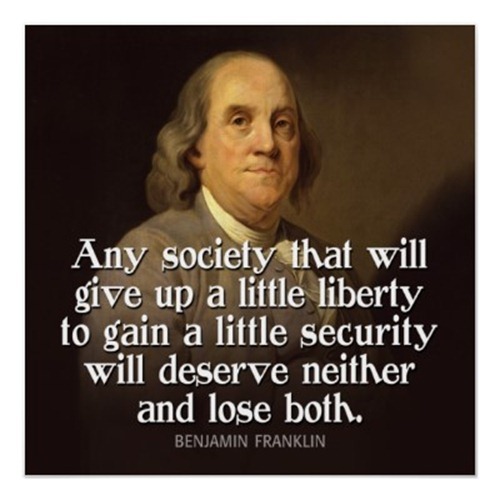 Microsoft store apps only with win32 applications disabled This is not a good thing, okay at this level hardware its purely a chromebook alternative BUT as soon as you start seeing windows 10 s on desktop builds (if the price is right to OEM's then eventually it will happen... ) then its everything Steam feared come true and then gaming will be full steam ahead on linux / vulcan. Am I overreacting or is this a really bad sign of things to come?

then its everything Steam feared come true and then gaming will be full steam ahead on linux / vulcan.

...Am i overreacting or is this a wonderful sign of things to happen?

why yes please, speculation is fun!

as long as it is made by someone with a modicum of knowledge on the subject.

I love this article. For me, the story isn't so much Android's popularity. Rather, the story is Windows' massive downward spiral. There are lots of factors driving this, but MS's decisions regarding telemetry, privacy, advertising, auto deletion of "unapproved software," store lock-in and etc. are driving their customers away in droves.

Most folks don't much care for fascism and they don't want Big Brother controlling their PC. So, it seems to me that the result is intuitively obvious; when you stop giving your customers what they want, your customers will look for an alternative. Great job Nadella ... you dopey bastard!

...Am i overreacting or is this a wonderful sign of things to happen?

This was exactly my reaction in the other thread. More linux gaming development and faster. Its close enough right now that I am considering switching completely to linux.

Opinion: To me this is MS throwing around a few million dollars testing the waters, if it flys and consumers buy the product then it makes a viable argument to bring this to the desktop, MS want to move closer to a Apple type of closed garden eco-system where they either provide or have a hand involved in everything that is installed on your PC.

Personally I don't care and believe the more they move in this direction the better it will be for competing desktop environments (ie Linux), all it is going to take is one miss-step that developers can't cope with or its going to greatly effect their bottom line and developers will start looking around for alternatives.

Windows 10 S isn't an issue, Microsoft's app store isn't an issue. Both of those are potential steps to more "security" just like the phones we have today. At the end of the day you choose to use Windows, don't like it? Change OS. What we need to protect at all costs is the ability to change OS and make sure we don't end up down a path that makes PC hardware locked into one operating system like we let happen with phones.

So long as Microsoft don't push for locked down x86 or similar hardware then theres no issue here. It's there OS, they can do what they like with it. You always have a choice. The moment that choice starts to disappear, then you have a problem with shouting about.

i think the 800 W!ND0W5 IZ SOOOOO BAD GAIIZZZZ threads are beginning to piss in the pool. what happens when a serious issue surfaces and nobody bothers because there's mountains of threads decrying Windows as "literally Hitler"? we should start asking if we need new threads for every single time somebody finds something they don't like about Windows, or maybe just have a Windows Sucks megathread where all the gripes and news articles can go.

So.. Its basically the ARM version of Windows.. but for x86?

Theres been no talk about removing normal versions of windows. Or cancelling it. Or only supporting windows S so.. I'm missing why people are upset?

Dont use the OS if you dont like it?

Its not being forced on you. Obviously, if you dont have a want or need for it, then skip it. Who cares? We're not sacrificing anything. Its a new OS out there for people who want/need more security. Perhaps for a school setting or workplace environment?

The power of an x86 machine that not even your grandmother could fuck up? Sounds awesome in those types of environments.

I'm missing why people are upset?

Because people are paranoid that it may become the only version of windows one day... Or that the "lockdown" would come over to the regular version.
Nobody knows if it's going to be this way, and I personally highly doubt it. If anything I guess they would implement a setting similar to how Apple does it. They'd take away way too huge a market to restrict like this...

Perhaps for a school setting or workplace environment?

That's exactly the usecase they are advertising. How well it works is a different story.

People want convenience. They will give up freedom of choice, security etc for it. They will even pay significantly more for convenience. If Microsoft can give it to people, it will be hugely popular. It could also mean, as @Eden is talking about, that computers for consumers gets locked into Microsoft's OS. They have for sure tried this before, and will continue to try to do it for as long as they exist. If they can get people to believe that locking down computers to only run Ms software is the massively convenient for them, people will want it and pay for it.

Most people don't care what software run, what company has copyrighted what code etc. They want their stuff to work without hassle. And they are willing to pay for it.

Which is really unfortunate that people care so little about their computer rights. It's going to come back and hurt us more than it already has some day.

I agree. It is slowly dawning on people that technology can impede our free speech etc, even our basis of democracy. But it is soo very slow. And then people gets distracted by something shiny. "politics" is boring I'm being told. :-/

Ms are giving away more stuff to schools etc again. It is probably a smart move, Win 10 S for free to schools etc is probably necessary for them to not grow irrelevant in that space. And helps to indoctrinate the young and impressionable into the Ms "ecosystem"

I think barncles video does a good outline