As the title says I found two old keyboards today. I will list what I know about them so far and my general thought.s

It seems to work just fine and it also feels good. It's a bit harder to type on compared to my daily driver, probably because of the curved buttons.

I haven't really taken it apart, because I don't know if i have the skill to put it back together. I found a document that seems to go with it.

This one works just fine as well, but I'm not very happy with the keyboard layout. It also seems to have routing on the bottom of it, so I can choose, which side does the cable come out from.

This one seems to have Alps SKCM Black switches, which feel really good actually.

Link with information about switches will be listed down below.

As you can see, they're not cleaned yet, I will deal with that later.

If there's anything I'm lacking from my post, then let me know.

Don't know much about the BTC but that Dell is pretty cool. There are a lot of cherry black versions but (got that part very wrong) that ALPS one is nice.

Edit: the Dell is ANSI or standard US layout, usually better for getting caps as ISO is very much forsaken by the cooler aftermarket caps. The down side is ALPS caps are pretty rare, there were some on mass drop recently, if you are looking for some /r/mechmarket might have some ALPS set floating around. Signature Plastics also have some ALPS caps but they usually come in singles or packs of a few.

It is possible the BTC is sliders over domes but not sure.

Advice for cleaning is some of those alcohol swabs and also ear swabs for those nooks haha. I found an IBM keyboard awhile back and did the same.

@Zibob I'll try to use Dell one right now, I'm bummed by the ghosting issue. If that didn't exist I would use it as a daily driver, maybe.

@kamakoda I knew about the cleaning solution but it's always good to see someone remotely approve your ideas. I have some old mice and an old Windows 98 machine as well I could do something with. Will probably keep them as well.

As in I can't press down 3 or more buttons.

The white one is Topre and the black one is Alps. (though I had white Alps and it was a nice key switch) I don't know why we don't see Alps keyswitches anymore :(

They work fine but feel a bit hard to bottom out for me.

Ah I see, there may or may not be a controller replacement to fix that, I have not idea right now but there have been others in the past.

@commodore256 Unfortunately original ALPS are not made any more for keyboards, Matias took over but are not very popular over here, they have some following in Japan/Asia in general.

And as has been pointed out, the BTC is definitely not Topre, there would be raids on second hand shops if they were Topre. Unfortunate, just regular domes but with some sliders for replaceable caps.

Well, at that time mechanical keyboards weren't that popular in general. But I thin a ALPS comeback could work. There could be a demand. There are people that try out different keyswitches now. That market is a lot bigger now than it was 13 years ago.

@Zibob I'll check out the rollover once I finish my personal stuff.

@commodore256 So is the Dell version I have fully mechanical?

I saw one like the Dell today but it seemed a little bit spongy, Not like the clacker from work (same looking model).

@commodore256 Alps are around here and there, people over on /r/mechanicalkeybaords make custom boards just for ALPS some times, notably the Monarch a left handed (numpad on the left) Apple stlye board is ALPS only. 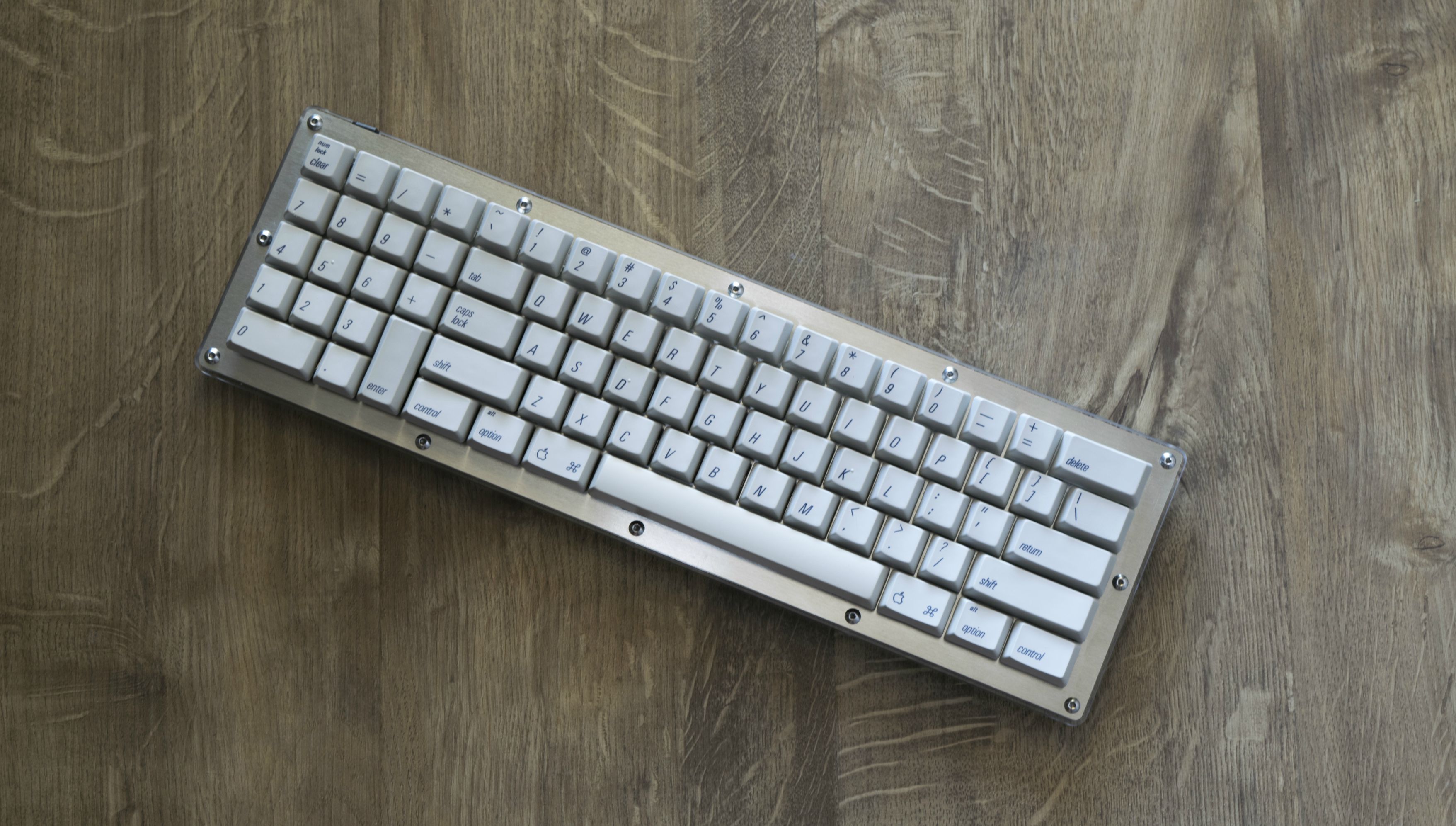 And the MAtias V60/80 that pops up on Massdrop every now and then is ALPS too. The down side is a lot of people like mechs for their customisability and coloured caps and designs, for that Cherry style switches are for more available, and infinitely more customisation, ALPS just don't have the after market to anywhere near the same level.

Nice, I knew about the switches, but was afraid there might be a rubber dome somewhere. It's hard press the key very fast on them, which is something I need, but it will definitely train fingers.

I'm waiting until I can buy Cherry MX keyboard.

I'm waiting until I can buy Cherry MX keyboard.

Ah the calm before the descent...

I joke, it is just funny seeing this many times over and myself having bought a third Cherry MX board, far too many options and things to customise I can never have all of them!

The only things I care about keyboard I want to get are macros and brown switches.

Oddly unless you buy a "gaming" board macros are rare. I do not take fondly to gaming branded stuff as it tends to be a way to sell cheaper lower quality things at a higher price.

That converter I linked earlier actually might be able to add that kind of functionality to your dell board.

For me it is a replacement controller for my Filco board. Otherwise a no nonsense simple hard as nails board that will last forever and with an upgraded brain,multiple lays of programmable keys.

If you fine a model M remember you got to send it too. @Wendell oww theres nothing quite like a model M.

@Zibob That's what I was aiming for, the gaming board.

@kthompsoncsgo I doubt I have any, but who knows.