Maybe not as attention grabbing as the 20+GB of intel leaks, but this may have some consequenses, especially given phone manu security delays under normal circumstances. 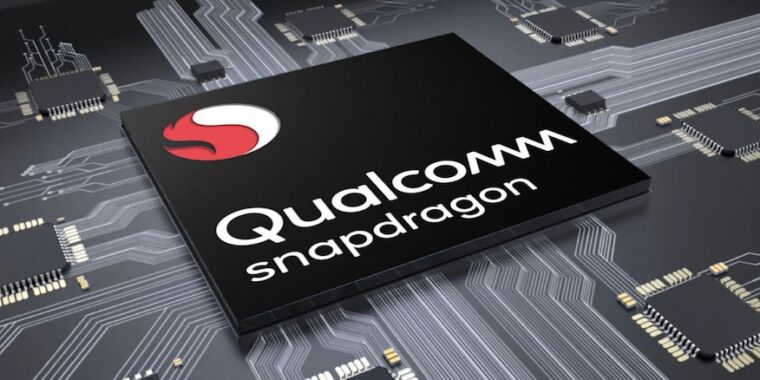 There's no word on when Google and phone makers will incorporate fix from Qualcomm.

The vulnerabilities can be exploited when a target downloads a video or other content that’s rendered by the chip. Targets can also be attacked by installing malicious apps that require no permissions at all.
From there, attackers can monitor locations and listen to nearby audio in real time and exfiltrate photos and videos. Exploits also make it possible to render the phone completely unresponsive. Infections can be hidden from the operating system in a way that makes disinfecting difficult.
…
Check Point said that Snapdragon is included in about 40 percent of phones worldwide. With an estimated 3 billion Android devices, that amounts to more than a billion phones. In the US market, Snapdragons are embedded in around 90 percent of devices.
There’s not much helpful guidance to provide users for protecting themselves against these exploits. Downloading apps only from Play can help, but Google’s track record of vetting apps shows that advice has limited efficacy. There’s also no way to effectively identify boobytrapped multimedia content.

It’s like an on going pandemic we can’t really get rid of. When it’s an hardware vulnerability the only thing to do is switch back to dumb phones.

Thanks for the report!