Smartphones with removable batteries are never coming back

He needs to start blogging about women’s hand bags not smartphones.

Then people need to vote with their wallet!
Apple will still push towards maximum profit, but Samsung, LG and Motorola will listen when sales decline.

It seems like this thread isn’t acknowledging that the majority of users do not care about removable batteries, SD cards slightly more, and there were quite a few grumbles about the jack-less iphones but its not like apple is hurting because of it.

tl;dr nothing will stop the trend because normies

I don’t care about SD card but I want the 3.5mm jack around for now. I don’t need the battery to be removable as I have no problem replacing it in a sealed phone.

Can you remind me again why does a phone need 8 core cpu, 4GB RAM, and resolution that is higher than my 27" monitor?

Because it is mostly not working for you anymore. Run android without anything google and you have a really nice device.

i still need to do this at some point

You are probably right however I don’t even have an android phone. (Well I have one but it is dead.)

Coincidently I was just watching YT videos on how to get Lineage OS on Moto G5. Good lord, the amount of dicking around you have to do is just insane. First you have to unlock the boot-loader. But in order to get the unlocking key you have to create an account on motorola website. Then you have to root the device and for that you need specific files that don’t even work on any other models. Finally you can install your custom rom. And if you mess up at any of the 3 stages you can brick your phone.

I swear installing Arch on any computer is easier that this. Google and OEMs are making it difficult on purpose because god forbid that people are in control of their own devices. They are complete scum and I am never going to buy another android phone again especially when Librem 5 is on the way.

First … But … Then … Finally …
And if you mess up at any of the 3 stages you can brick your phone.

Trust me, it is worth it.

Actually that’s Motorola being assholes. On my S7 I only had to go into the developer settings and flip the “OEM Unlock” switch to unlock my bootloader. From there on it was as simple as flashing the recovery and then the ROM.

Sadly Samsung has also made it nearly impossible on the S8. Hopefully they come to their sense before finishing work on the S9, I really like the newer designs but refuse to use a phone on stock firmware. 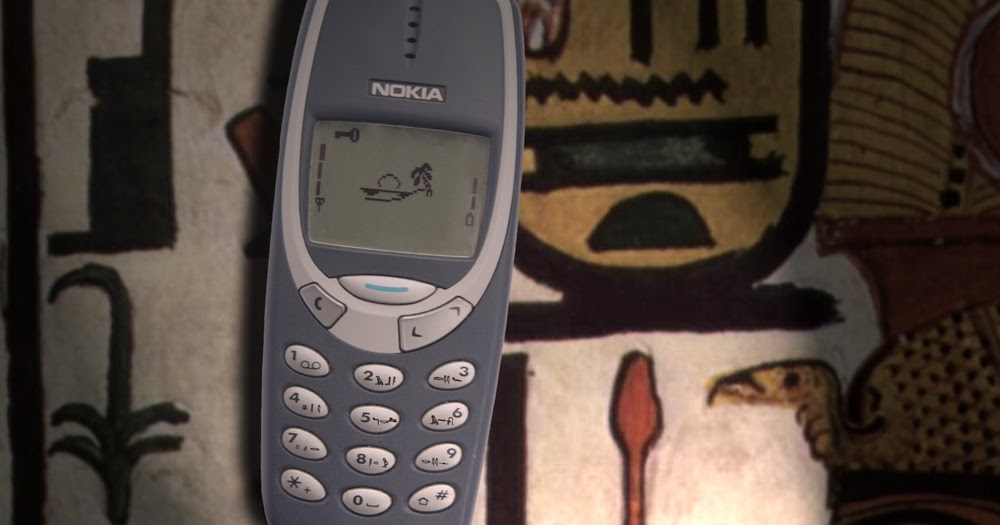 A team of archaeologists in Egypt recently made an unusual discovery. When they opened a burial chamber which had been sealed for 4,000 years, they discovered a range of grave goods and, among them, a turned-off Nokia 3310. It is this object which...

I have been watching The Librem phone from Purism. No way in hell I would pre-order but I am interested in actual review when / if it happens.

Trust me, it is worth it.

If you already have an android phone. I’m not buying one.

No way in hell I would pre-order

I made a mistake by pre-ordering it but I wanted the project to get off the ground really badly so i jumped the gun.

4 GB of RAM is nice though but 2 GB would suffice if the OS was lightweight.

An 8 Core CPU ain’t important but Qualcomm’s 8 Core CPUs for example are no Ryzen in performance (and power consumption obviously since it’s ARM).

Surprised they don’t just make a CPU with 2 or 4 stronger cores than 8 really weak ones, granted ARM is more parallel than x86, but look at the iPhone’s CPU for example.

As for resolution, 720p for 5" screen is enough, plain and simple, 1080p looks nice but isn’t necessary, I benefited far more going from 768p to 1080p on laptops (Even then 1440p would probably be most ideal, 4K is awfully expensive still for a laptop).

Only if you don’t value those features and buy electronics that don’t have these very basic and standard components.

Which is the real crying shame then.

I think he would be surprised to find out many people don’t give a shit how slim their phone is. Is he seriously suggesting that premium design and aesthetics are more important than functionality and practicality? He needs to start blogging about women’s hand bags not smartphones.

Honestly. I had a Galaxy S4 with a removable battery and if it didn’t have a massive SIM reader problem I’d still have that phone. As long as it’s not as thick as a laptop I really could care less, and I’d rather be able to swap out my battery and get at the inside of the phone without small prybars, guitar picks, my fingernails, and a heat gun lol

I don’t buy a phone if it doesn’t have a removable battery, got no problem using cheap phones since all I use them for is calling, calendar, reading and sudoku. Really wouldn’t buy one with out a SD card slot if it was under 64GB.

This s how the big companies cheat us. Now even for a simple change of battery or a hard resets the companies will charge us lots of rupees.

Actually that’s Motorola being assholes. On my S7 I only had to go into the developer settings and flip the “OEM Unlock” switch to unlock my bootloader. From there on it was as simple as flashing the recovery and then the ROM.

You should probably disclose you’re using the Exynos version. The Snapdragon version to this day has never had its bootloader cracked, and the community has all but given up on it. (No option in Developer Settings for them.) The US carriers won’t let Galaxy owners have nice things.

Why a hard drive? Phones are delicate enough as they are already…or are you being facetious.