Smallest Ryzen Build Yet! The NCASE M1 | Level One Techs

This is a companion discussion topic for the original entry at https://level1techs.com/video/smallest-ryzen-build-yet-ncase-m1
1 Like
Streetguru August 3, 2017, 2:42am #2 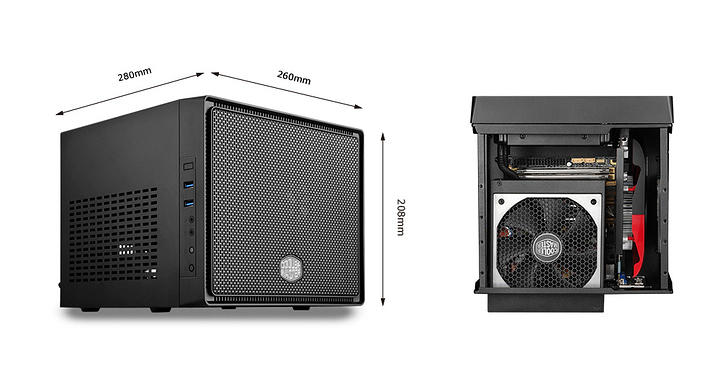 Elite 110 with Vega nano next??? May want an SFX PSU though

What fans are you using what have those blue dampers on the corners?

If this biostar did so well it makes me wonder how well the asrock itx boards will do.

I go to a lan twice a year, and it’s enough to make me think about mini-itx. The info has been so sparse and boards so limited though.

I have the ASRock Fatal1ty X370 Gaming-ITX/ac, and aside from the chipset, it’s the exact same as the B350 variant. It’s a nice board, all of the components used seem nice and the fit and finish is good.

Here’s a video on the VRM and whatnot.

@wendell serious question… TridentZ (rgb vs non rgb) and trident Z vs Flare X what have you found works best. What is recommended to reach the highest memory clock you have thus far probably seen?

RGB NOOOO they have gotten to you

Really weird seeing someone else building the same system you have just Finished building yourself.

swap the 1070 for a 480, the SSD for an NVME drive, make the case black and swap fedora for arch and that’s my build.

FYI, the drive shows up as “Unamed Device” , but works perfectly and behaves as an NVME drive should. Be careful on install as the installers will default to install grub on the USB stick instead of the NVME drive as its not sure what it is at install, but you just select Unamed Device and everything goes grand, got a bit of a scare First time.

I also can only get 2933 on the ram even though they are 3000 sticks, but I am ignoring it for now. haven’t oc’d yet and don’t know if i will as it devours everything i throw at it

would be my choice for a new build (with asrock board, biostar can suck it, bad exp) if it wasn’t for the insanely overpriced case.

will never understand why all the big case manufacturers blow right by feasible mini itx sizes for the absolute bare minimum volume with zero room for cooling, again cool size/layout, for the price I could actually buy raw material and a metal brake then build my own, which may very well happen at this rate, case manufacturers greed is rapidly outpacing my laziness.
use case on a builder would be this basic layout built like a tank with rubber bumpers and a handle for an otr driver friend, disgusting how bad he gets raped on gaming laptops every few years.

I was going to wait for an Asrock board, and I also originally planned to wait for Vega, but i was almost a year without a desktop pc and was going coco-bananas. Stole the 480 from the HTPC and just bit the bullet.

The bios is gross but how long do you spend in that. I felt buying it, that I might regret it, but it does the job. Never owned Biostar before. Have always gone with Asrock or Asus.

Yeah the old guard has given in sorry haha

I really enjoyed the video of this build. One thing though, the Noctua NH-C14S fits in the M1, but not with a 25 mm thick fan on top. The discontinued NH-C14 is shorter so that combination fits, but these heatsinks are all but gone now. A 15 mm thick fan will fit. If I do another M1 build, I will likely combine the NH-C14S with Noctua’s new slim NF-A12x15 PWM fans.

May want an SFX PSU though

What fans are you using what have those blue dampers on the corners?

You can just mount it under the heatsink, not on top of it and it will fit just fine, like shown on the product page.

Should have put a Threadripper in it

Threadripper on mini-ITX? Isn’t the socket almost as big as the board then

(not to mention there are no boards as of yet).

Regardless, they said they didn’t receive a review kit because they are not on AMD’s “list” yet, so they’d have to go out and buy one themselves. Also not sure if building a complete system is allowed yet of if it’s still under embargo.

It could work, and RGB… like triple the normal RGB.

I was about to say “Build in Cm Elite 110 and then talk to me about tiny” and then I read the first comment. @Streetguru have basically said the same thing…

May want an SFX PSU though