So I’ve been tasked to create a storage server for my small office with a fairly limited budget and space requirements.

Our budget is around $1000 and original the plan was to buy a used dell server and just slap some drives in there and call it a day. My boss said he was able to get a server rack for us so I didn’t worry about it too much. When the server rack came, I measured the total depth before buying anything and withy measurements we would be able to fit a case 18 inches deep comfortably so the dell idea was pretty much thrown out.

So I was able to find a case on ebay that looks to be alright, probably not the best but it does fit our space requirements. Ebay case

So with this case I came up with a system to run freeNAS that I could expand later down the line when I get more budget.

This is the first time I’ve built something like this so any help would be greatly appreciated.

What read/write performance are you looking for? With FreeNAS you will likely use something like RAIDZ but you could go some ZFS equivalent of Raid 10 if you need faster writes for example but it will cut into your storage.

With the budget I was given, I really was not too concerned with read/write performance, I just wanted to design a system that we could back up our projects to and grab them in case we had a workstation go down. As far as how the drives are pooled together I was thinking raidz1 for right now with the 3 drives.

I was thinking raidz1 for right now with the 3 drives

That should work fine, just be aware of the rebuild time if you have a drive fail.

Also, 120gb SSD is overkill for just plain Freenas install, but you could use the space for L2ARC or something.

Take a look at this post. I’m not saying you should do that exactly, but it might be helpful.

I would go with a more mature processor: https://forums.freebsd.org/threads/is-that-fine-to-run-freebsd-with-amd-ryzen-3-2200g.66204/

Is this ECC? It’s not a 100% requirement, but generally people build ZFS systems with ECC memory.

I’m a fan of mirrored boot devices, so I recommend getting 2. You could get away with a smaller one if that saves you anything. $27.99 isn’t bad though.

Last I checked, 8TB drives had the best price/capacity ratio. If you can, I would go with a mirror of 8TB drives and add an additional mirror whenever each time you hit 50% capacity. Not sure how much space you need starting out.

If you do need more performance in the future, 10GbE starts to make sense after you have a few mirrors.

Idk, that looks a little sketchy to me.

18" depth limit is pretty severe for a rack mount NAS. Sounds like the rack was intended for either network or audio equipment.

In general, you do pay a “rack tax” for rack mount chassis. I know your boss scored the rack, but if you have a place where something larger can go, that might be better.

It appears that this has equalized since I last checked, so you can disregard.

Amazon is cheaper for drives, btw

I personally go for WD Reds if I need the cheapest and HGST NAS if I want a little more performance.

Another note: you’ll save a substantial amount on the system if you build something around slower DDR3 memory. Lots of DDR3 1066 ECC dimms out there for cheap.

Seek/latency is more of what I had in mind, but yeah, it’s not going to make a huge difference for this. 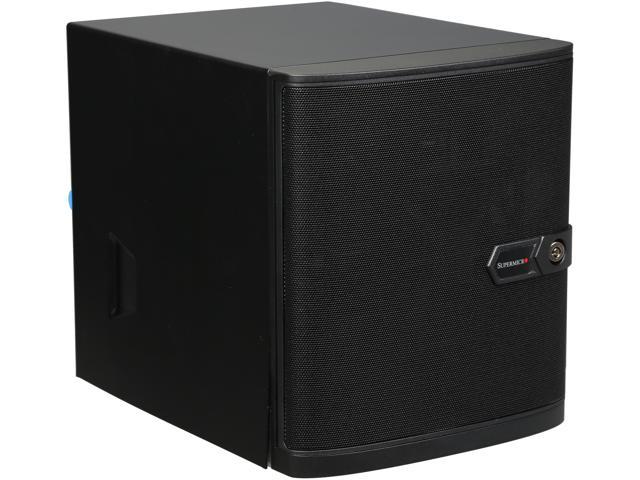 Wow thanks for all the replies! I’ll look over all this data tonight, more than likely will switch to a platform that can take ddr3 ecc. As far as the server rack and other places to place the server itself I really don’t have another place I could place it right now I could ask around but yeah.

As far as the sketchy ebay case I don’t think its terribly bad, it does allow for more drives down the line but yeah.

Even if white labels will be fine