I'm having slow speeds (~6mbps) transfering files from my PC to Xperia Z3 over WiFi on Local Network. Downlading torrents from internet on both PC and Z3 maxes out internet connection and easily reaches 11mbps with no strugle. I doubt it's hardware limitations. It's more to its configuration or other software issues, but I just can't figure out whats wrong. Please help!
Things I tried:
Disabling WiFi optimization on Z3 phone.
Disabling Large Send Offload v2 Ip4/6 in Network adapter settings.
Speed & Duplex setting from Auto Negotiation to 1Gbps full duplex and 100Mbps half duplex in Network adapter settings.
Disabling TCP-Autotuning in CMD.

That is hard to answer since the actual throughput depends on many factors in this case. Just to make sure: Transferring files from your PC to your Z3 via WiFi is as slow as 6Mbps so about 750kB/s? Is that correct? Also is there a difference depending on the apps you are using and whether you are writing to SD card or the internal storage?

I don't have one myself, but I think I could get my hands on one within the next days to test some stuff.

Yes that is correct. And no difference where I'm writing. Same speed to Internal and same to SD card. However, when I connect my phone with PC using Sony PC Companion program over WiFi I get speeds up to 20Mbps, but connection isn't reliable, because it randomly disconnect and connect again and that is enough to fail transfer. Seems like Local Network problem :/

Judging from your analysis I would suppose it actually is a network problem, most likely one with your router. Are you also experiencing interruptions when connecting with your phone through your router to the internet, which I gather you do? And is the connection PC<->Router reliable? 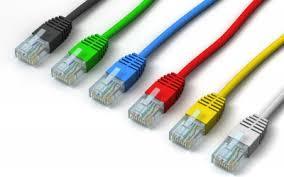 Thanks, but anyway I.m not even opening cover to access usb port so this is not for me. Looking for solution to solve problem over WiFi.

this was the answer i was looking ^^ :D
there is always a way to get to ethernet ;)

Perhaps near to your router there is a device that works in a similar or the same frequency channel and thereby reduces the speed of the traffic between your WiFi devices.
Have you tried to change the frequency of WiFi channel?

How are you transferring them?

45 MBit/s seems to be the unofficial write speed cap for your device according to some sources on the net, so that would be absolutely fine. After thinking it through and reading your answers I have to ask if you are sure that this PC-Companion - I hate proprietary software like that - is using the WiFi and not maybe Bluetooth or something? This would explain the transfer rate. Also sometimes tools like that create virtual COM-Ports and basically fuck things up...

Are you satisfied with your FTP workaround or should we keep troubleshooting?

I'm satisfied with FTP workaround ;) But if we talk about write speeds, then it's copying from internal memory to SD card at ~152Mbps.

Careful when it comes to internal speeds. There might be caching involved, so those numbers might not always be representative of the true speeds. But I'm glad you found a solution that works for you.

I calculated speeds my self.