Hello there! I thought it would be nice to share some pictures/specs for Sliger Conswole build for inspiration. Feel free to post yours bellow! 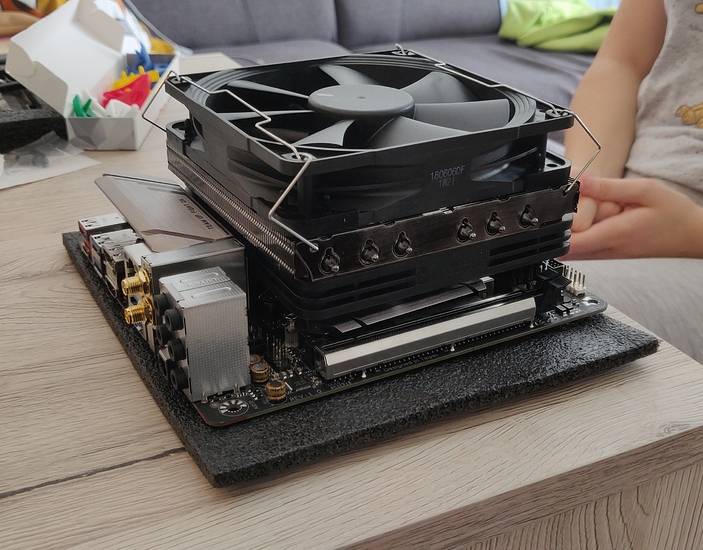 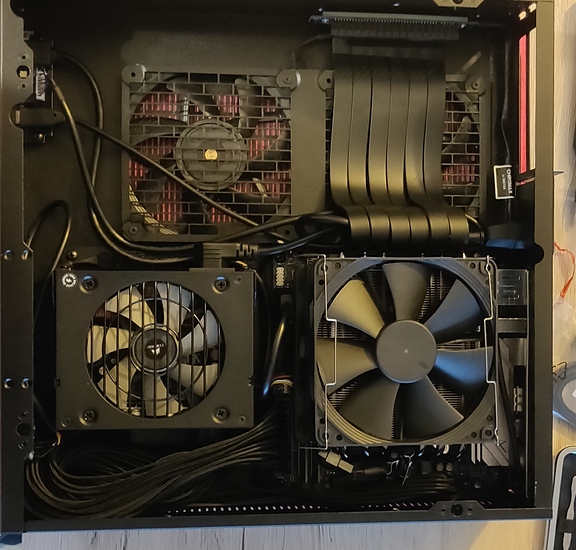 Both CPU fans are pushing air down to cool motherboard as well. everything has 1mm gap between components, lower 120 fan is touching RAM locks just enough for it not being problem. Dimms are straight and all the way in.
I had no issue putting in 24pin, the only limitation is that heatsink is covering Pcie slot, but this case is using riser so no problem there.
Lower 120 fan is mounted by a single screw into the heatsink, it is very sturdy and wont go anywhere.

I dont remember the temperatures exactly but it was around 50-60°C with 100% load sustained after 15minutes with fans set to 900-1000rpm.
I built this for my parents as a super silent HTPC.
I’m sure it would be able to cool 6-8core on stock with more fan noise.

Hello, and welcome to the forum!

You can’t post pictures/links yet because you aren’t Trust Level 1 (it’s a spam thing). It’s pretty easy to get, so if you hang around a bit you’ll ve able to.

I understand that I need to post more than 1 for to get verified, it’s no problem.

About that motherboard, I was buying it from one shop and I filtered requirements I had and H370 was not available at the moment.