Hi Good people. From my brief research i'm at a loss to find a mother board that supports skylake and also ECC Ram.
Does anyone have any suggestions or info on this?

I appreciate there has been a couple of threads previous regarding this but I'm at a loss alas to scrape any info from them.

Any help much appreciated.

I searched through the consumer chipset boards and have not been able to find any that support ECC, and the C230 series which is more of the workstation/server oriented chipset is yet to be launched so you might just be out of luck.

If your MoBo is X99 AND you have a Xeon CPU, it should work regardless. Many of the Asus and Asrock X99 MBs may not have them listed as supported. I just read an i7 vs Xeon comparison article, and they used the Xeon with Reg ECC RAM in desktop MBs.

Thanks for that cave much appreciated.

I guess it will take some time for skyake to become a little broader. Was looking at building a simple NAS with an i3 and freenas. Plenty more options out there i guess.

By his mention of skylake I think he was referring to the ECC Supporting I3's, that reside on the more consumer grade chipsets.

Yes but thanks for that Qain all info much appreciated. Little bit over kill for my little home nas but still ;)

I suppose that it will work as long as the CPU works on the Mobo.. after all the memory controller is on the CPU for quite some time now.

no the motherboard needs to explicitly support it, or it will not work.

Really? In what way does the Mobo interfere with the data lanes? ECC is a thing between the ram modules and the mem controller as far as I know.

Agreed. But fair point. Most of the data corruption wouldn't be fair missed or even noticed on my lil home NAS without that..

I don't know the specifics of why it won't, but I know that if you were to put ecc ram into a z170 board with a compatible chip that the board shouldn't boot, although I have seen some boards still boot but never boot and retain ecc functionality.

CPUs dictate which memory they support. I3s don't, neither do i5s or i7s. Only Xeons, the haswell Xeons are rather cheap and support ECC.

Should i even worry about Error correction on a simple home NAS?

If you haven't built it yet, I would suggest a haswell Xeon setup. As with many data things. You do t realize how important something is until it's broken.

no no check, http://ark.intel.com/products/77480/Intel-Core-i3-4130-Processor-3M-Cache-3_40-GHz I3's do support ECC memory, and they are a rather common choice for home servers because of it.

That's more to do that the z170 chipset is not "allowed" to work with xeons. Intel blocks certain cpu/chipset combinations.

CPUs dictate which memory they support. I3s don't, neither do i5s or i7s.

And that's why ECC wont work with z170 chipset.. as the processors don't have it.. and the xenons not run on z170

no no check, http://ark.intel.com/products/77480/Intel-Core-i3-4130-Processor-3M-Cache-3_40-GHz I3's do support ECC memory, and they are a rather common choice for home servers because of it.

mhmm what chipset does thet i3 need? I don't see it at least.

The motherboards may support it but it may not be listed.
These guys have a quick little write up and are what I'm referring. 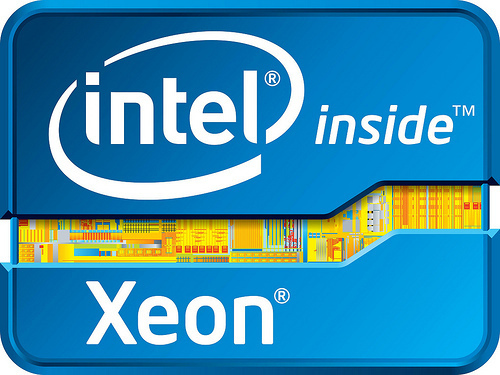 As we move more and more of our workstation systems to Xeon CPUs, we sometimes get asked why we are using server CPUs instead of the "faster" Core i7 CPUs. In this article we will be going over what makes Xeon E5 and Core i7 CPUs different and whether... 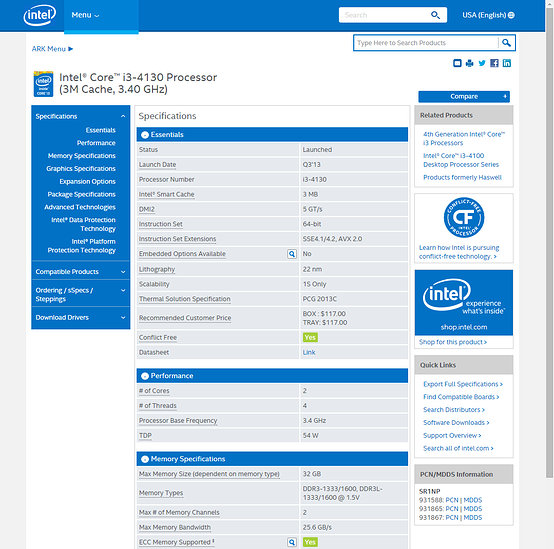