I skimmed through this article the other day and found it quite interesting.

Are there any boards with DDR3 and DDR4 slots?

Because DDR4 prices are low enough that anyone building a new system might as well go DDR4 for skylake.

Are there any boards with DDR3 and DDR4 slots?

Either or; the mobo manufacturer has to decide what they wire

Weren't there like some boards with DDR and DDR2 on them? or DDR2 and DDR3 slots?

I think there were.. but I doubt that will happen this time. That was back when DDR moved to DDR2 as far as I recall correctly

Yeah I have seen some motherboards that were ddr2 to ddr3 hybrid motherboards don't know much about them but all i knew is that for ddr3 your ram has to be at 1333mhz and lower something since the cpu were not made to handle the higher speed ram cause of ddr2 limitations.

I really wouldn't mind seeing a review of this board, with a good Skylake CPU installed, with both an equal size and performance comparison against DDR3 and DDR4 installed. I bet the result would favor DDR3 if price was involved, but its possible DDR4 could destroy DDR3 if everything was left equal. Just depends on how well Skylake responds to the DIMMs installed...

my x99 asus has ddr3 support

my x99 asus has ddr3 support

Which one is that?

has a page in ther manual showing compatible DDR3

Did not know that the sockets are even compatible ^^

The RAM sockets.. I have not compared the lockingslots on DDR3 to DDR4 so far

Ah i see, I believe they are the same?

Ah i see, I believe they are the same?

I would have been surprised if they were: 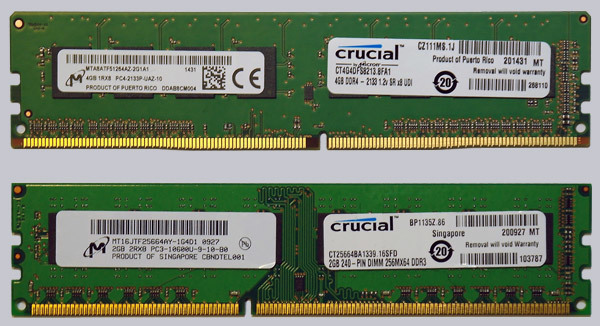 has a page in ther manual showing compatible DDR3

All I can find in the manual for the X99-S

I see though wat you mean... they have DDR3 xxxx MHz capability tables. its wired but physically impossible:

Ah, thats strange, my motherboard definely has a page on ddr3 support... although I didnt really look into it much

AH i see, I didn't really look into the page much, just noticed the table,