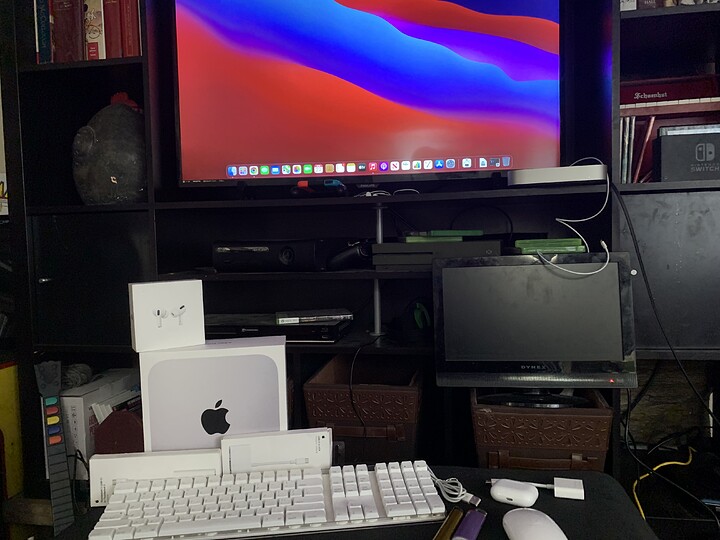 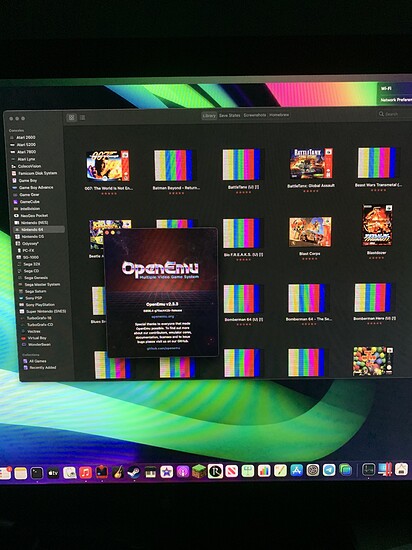 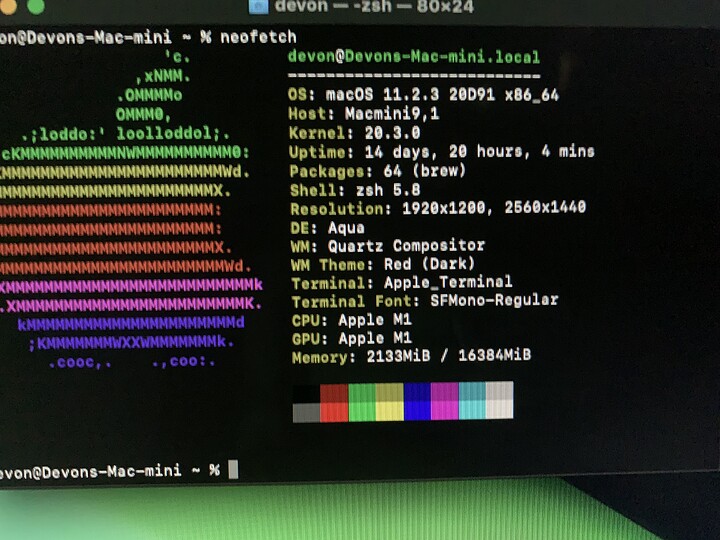 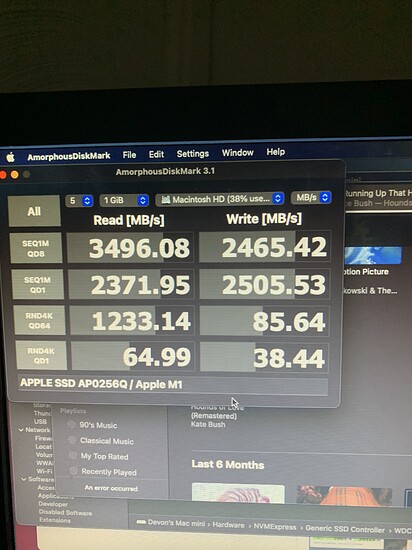 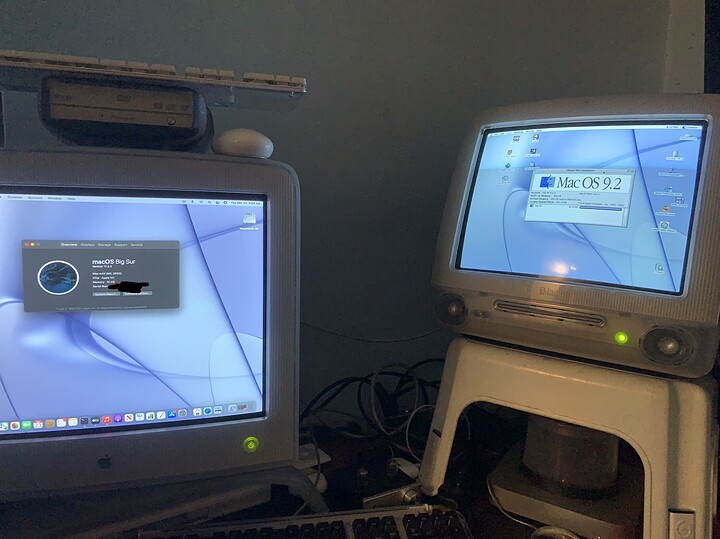 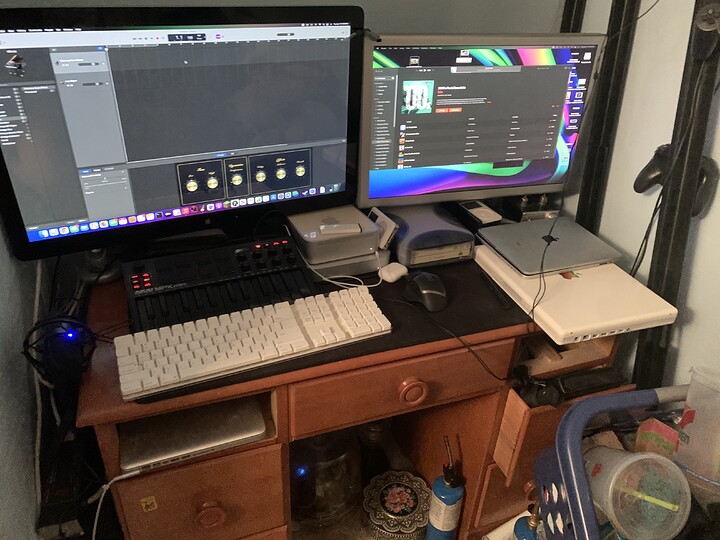 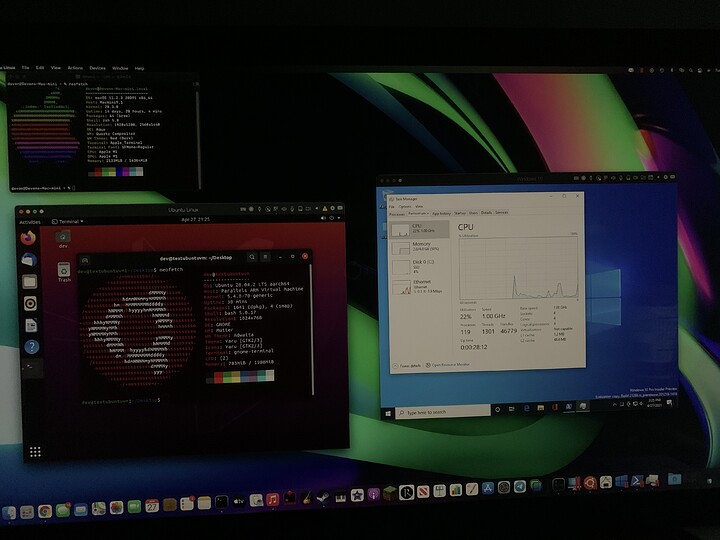 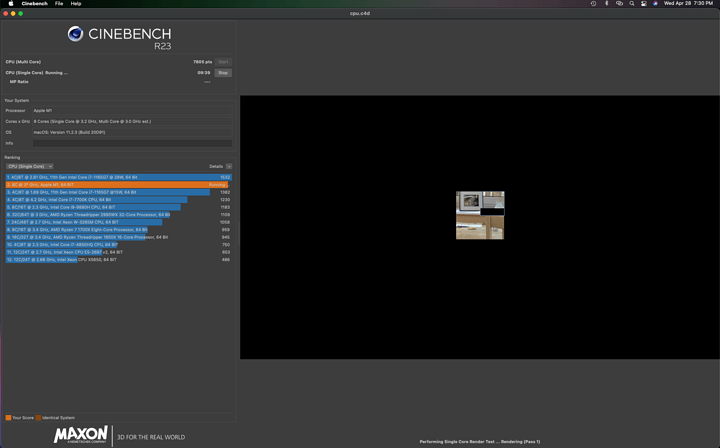 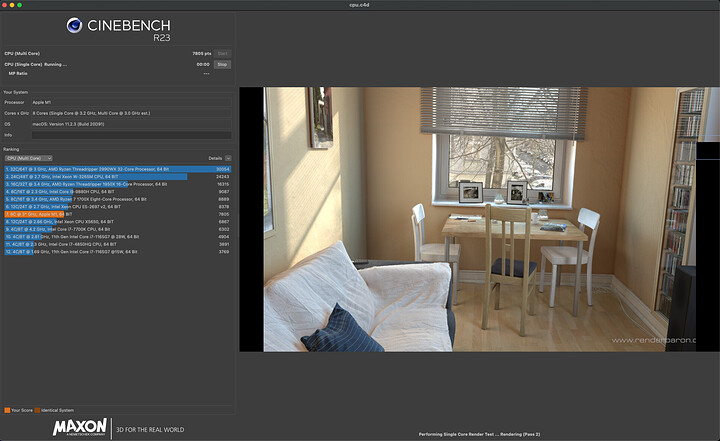 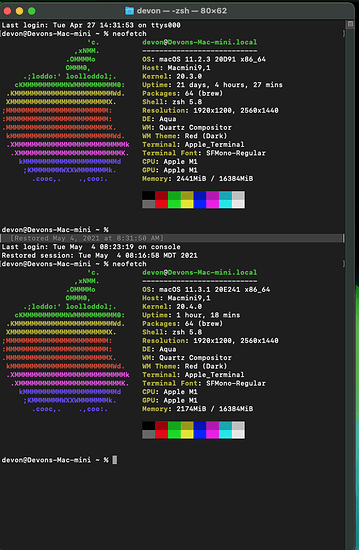 there are web kit fixes and more

im mostly interested in the dictation and other user end things 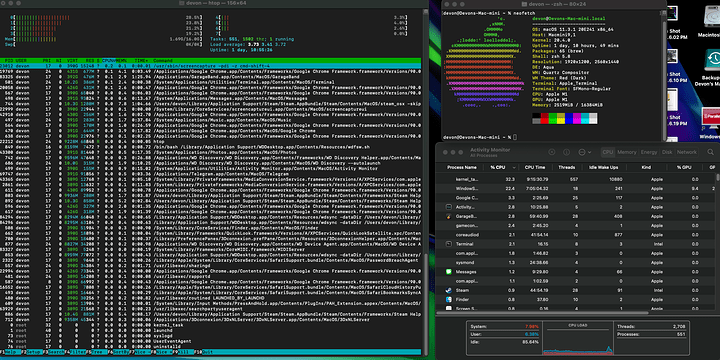 installed htop to track the system in ways i remember well

I am a little bit surprised that the M1 based MacBooks come with no more than 16GB of memory. I estimate that to be the bare usable minimum. What is your experience thus far in regards to memory utilization. Does MacOS on M1 somehow handle memory better than the usual x86 based system?

Interesting! Without having first hand experience I got the same impression since the base MacBook with M1 has 8GB. On any other system this would not be enough to run a modern browser. I also saw your post with, what was it, around two weeks uptime and no excessive memory utilization. Were you able to determine what kind of magic is happening behind the scenes?

Using a the 16GB M1 Air, I normally see memory usage sitting at like 12GB just browsing with Chrome with Spotify, PIA, and some other bits running in the background. The SSDs on these things are stupid fast, so accessing the swap isn’t such a huge deal, but does mean they’ll wear quickly.

Which model do you have? I see the base is 650usd and the next up is 800. Id rather have 16gb of ram than 512gb of storage. What is more important to you ram or storage?

Getting linux installed is a pain

Are you using homebrew? Run into anything that doesn’t work or isn’t available on M1?

I heard the mainboard is tiny. Kinda makes me wonder if I’m the only one that thinks that adapting a M1 mini inside an amiga 500 case would be extremely cool.

M1’s memory management is very fine tuned. Big Sur includes a lot of direct optimizations as well for the architecture. There are definitely some things where it won’t be enough, such as for large data set 3D work, and Apple would rather you buy a Mac Pro for that. It’s a bit of a shame too because M1’s GPU is in theory not far from a 3070 in performance and could definitely do some awesome things in the apps built for it if it had some extra framebuffer to work with.

Does it support opencl? Wonder how it’d fold

No firmware lock that I know of. But good luck upgrading. Half the battle is trying not to delaminate the package. I’m almost certain it doesn’t support OpenCL but I also haven’t been following the reverse engineering progress that would expose that. 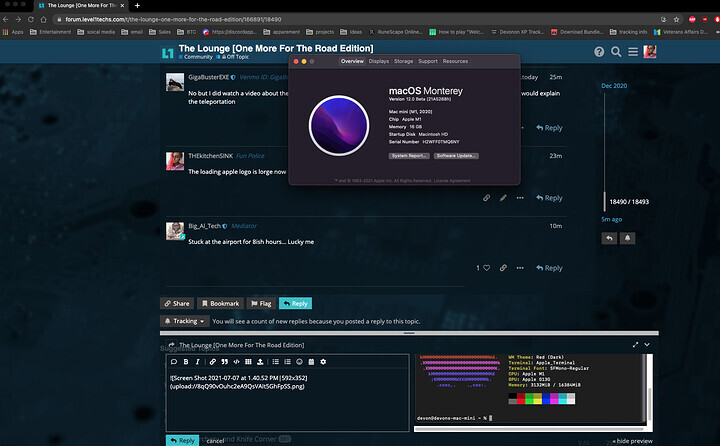 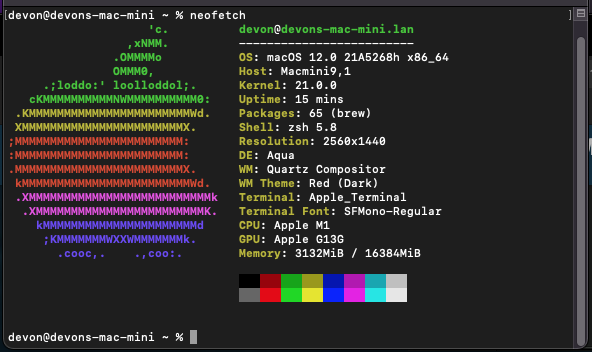 upgraded to mac os 12 beta time to have fun

Ive noticed that some tabs across apps