Should I change the fans on my cpu cooler?

Placed an order at Newegg and added some Noctua black nf-f12s 2000 rpm fans. I thought the brown and tan made a statement. People said otherwise.

If you're anything like me, I could freaking care less. I can vouch for Noctua fans and they're awesome. 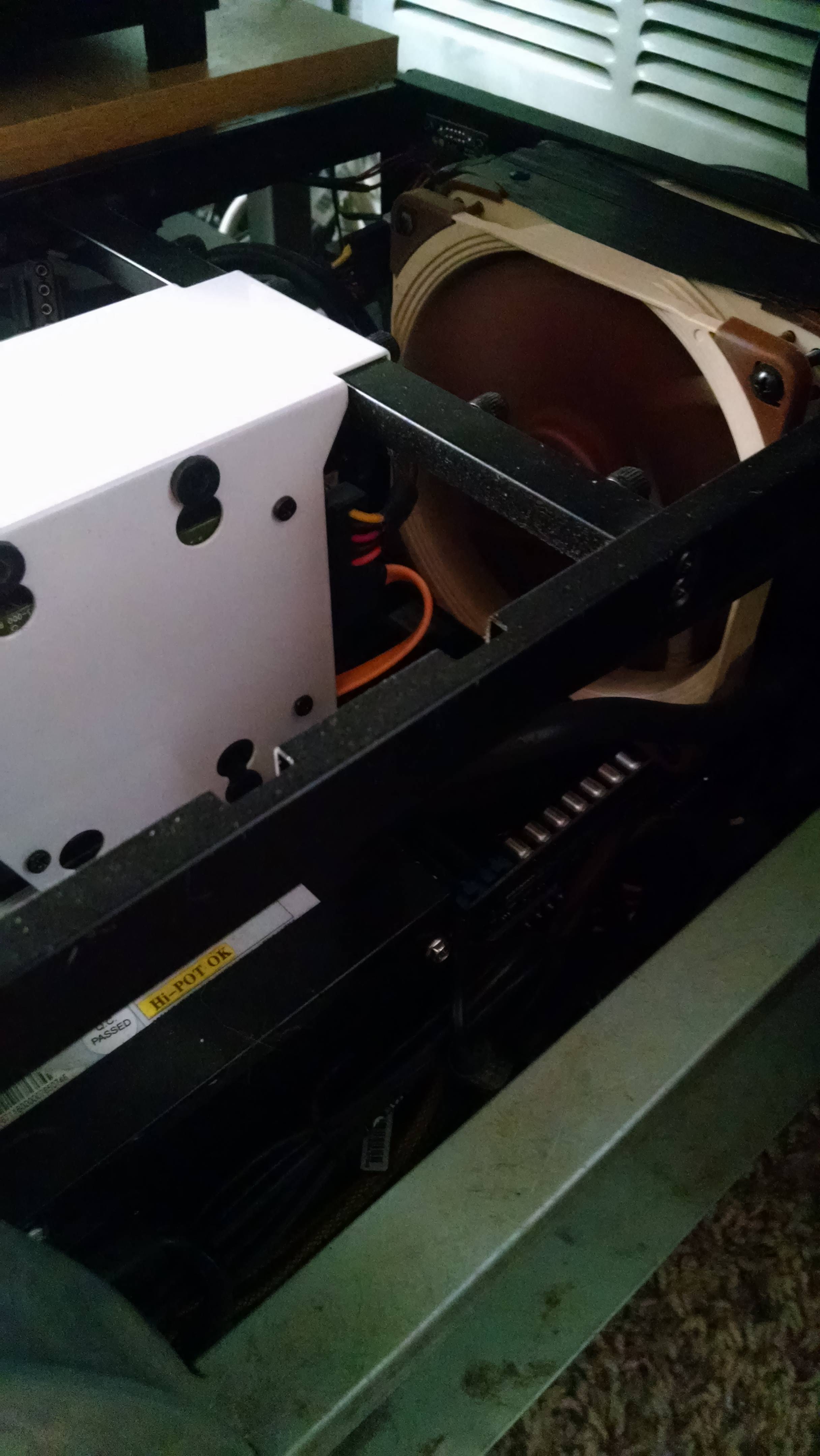 What you're looking at are a couple of 140mms in push-pull with a Hydro H90 which is cooling an i7-3770k overclocked to 4.6GHz, which is 1.1GHz over base clock BTW. Why, you ask? Because I can, all thanks to those Noctua fans, which may look ugly, but damn they perform. I leave them running at 100% all the time because they're so damn quiet, and they keep the temps below 75C even with the CPU maxed out.

Oh God, again... BeQuiet, Bitfenix, Enermax, all of them make pretty good looking, well performing and cheaper fans then Noctua. Praise the ugliness. Noctua have good products, but people praise them like hell. There are better performing coolers, there are quieter coolers and there are a lot of better looking coolers and fans then those made by Noctua.

Really? Better air coolers? I'd love you to show me something that beats the NH-D15, considering it beats basically everything but the H105... http://www.techpowerup.com/reviews/Noctua/NH-D15/6.html

You'll see that especially at higher OC/voltage that the Noctua really shines.

I don't agree with you.

From my personal experience Thermalright silver arrow sb-e extreme is cooler and noisier than R1 Ultimate which is better than NH-D15 and is not much louder if at all.

From a performance standpoint, I'll concede there are better products than noctuas.  In terms of a well rounded product and experience, noctua is simply the best.  The customer service I've experienced with them is above and beyond anything I expected and the warranty period is insane.  The color doesn't bother me either, but I get that some people want a specific color scheme.

Why is the PSU installed that way? Isn't it messing with the GPUs airflow or the other way around?

Thanks,Its a Corsair RM the fan almost never spins. I like the way it looks.

Thanks for everyones input.