Share your Spotify stats, they should be sending emails out where you can see it. Everyone's year sounded different on Spotify. Get your 2018 Wrapped. 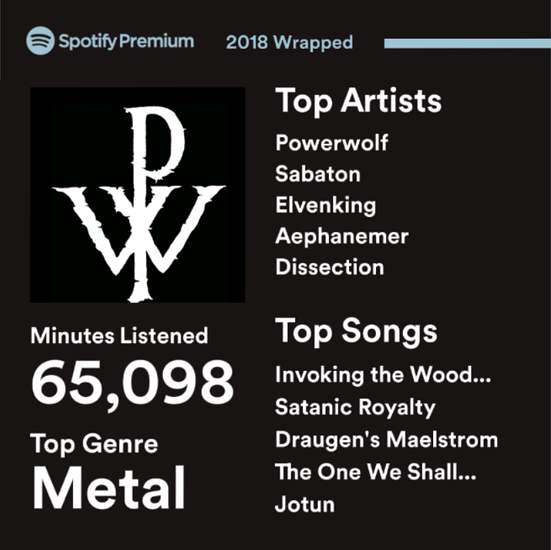 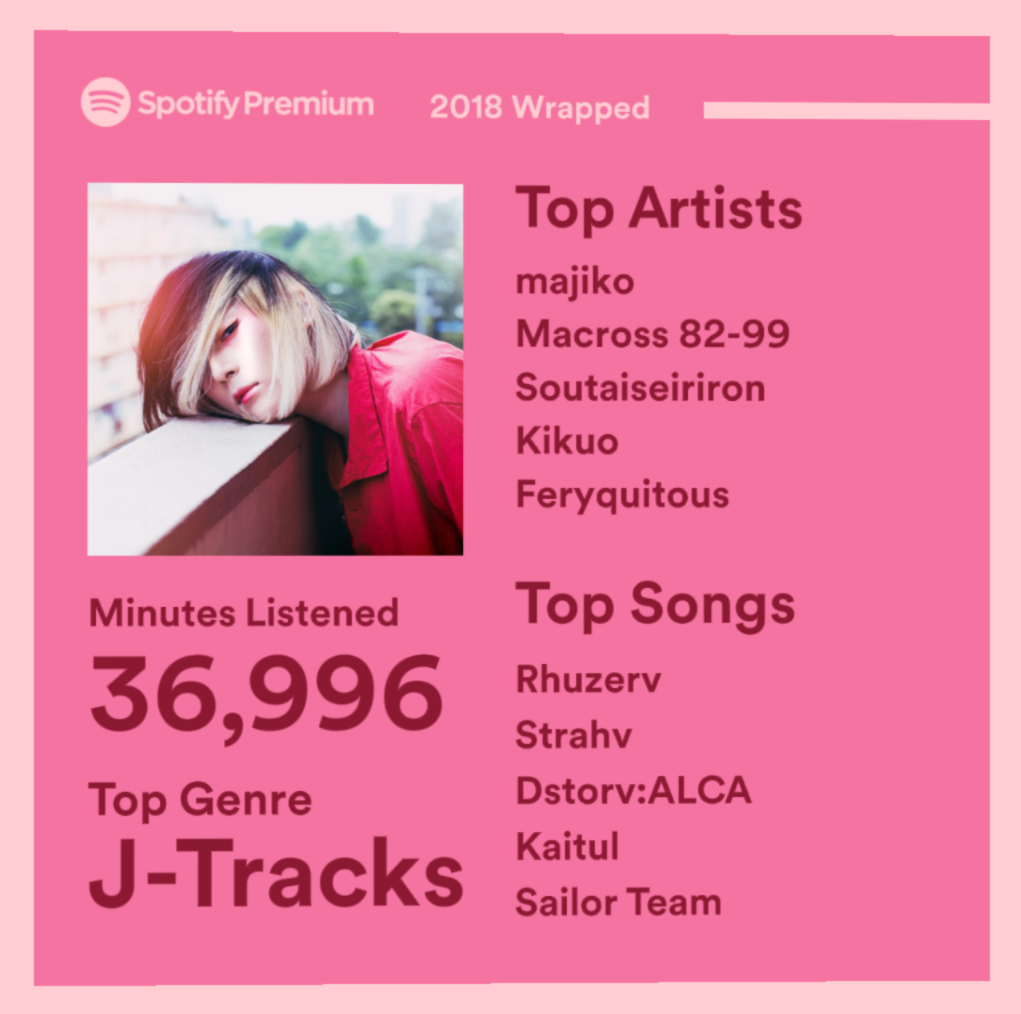 Low listen time because I only recently got this account. 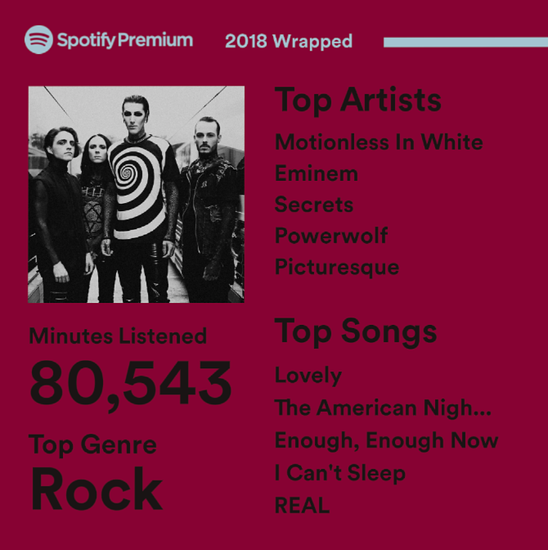 I listen to him but not that much. 100% recommend checking out my top songs if you get a minute (I can message you links if you want them). 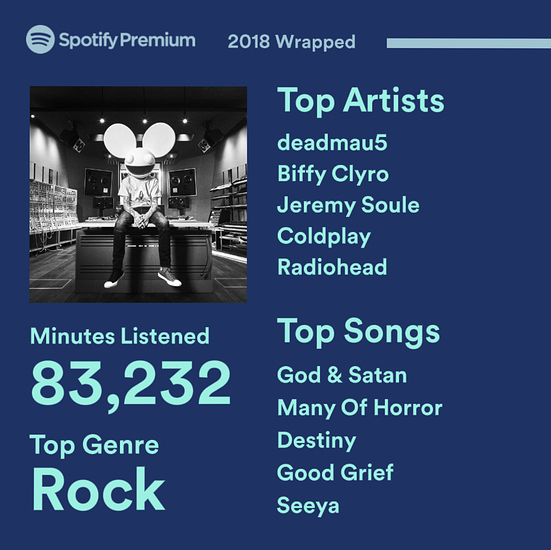 Had a month or two where I’d have the Skyrim soundtrack on in the background a lot of the time. 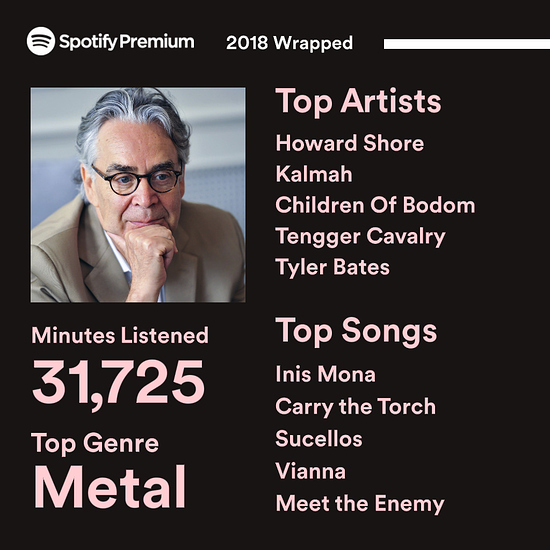 Colors are black, and pink

These colors go by these genres because you @Ethereal are just black&white like some death metal, and mine is same but gay, and @nuke goes already somewhere drag queen

Press ‘F’ to pay No RESPEKs to these lies. 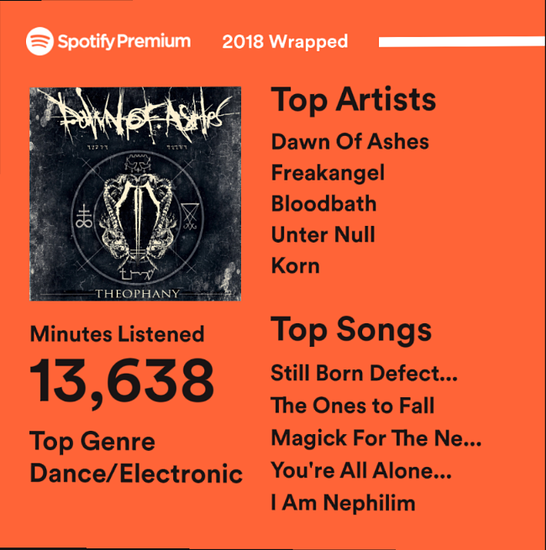 it was too gud when it came out… I had to.

OH, seeing @Kat’s picture and you should @Ethereal edit that you get these picture squares by pressing IG button, it’s just creating that .jpg instead of redirecting

Lol at Tay-tay. IT WAS ONE SONG, SPOTIFY. 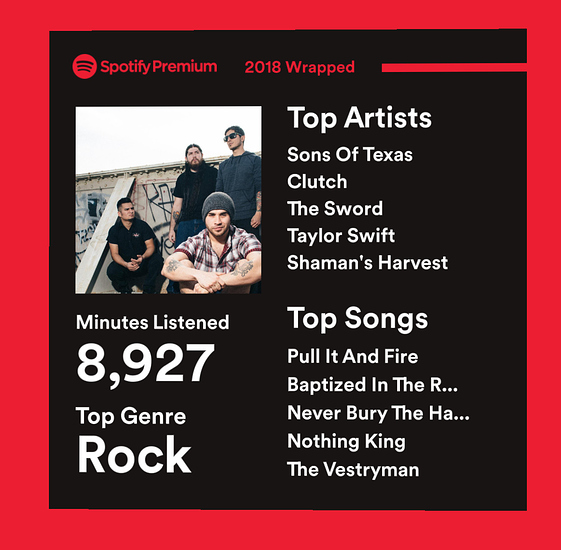 Lol’d at not being mainstream.

Mine hasn’t shown up yet, but it’ll be like 80% classic rock.

@The.Hipster.Lemon, being true to the name.

Damn! You’re setting the mainstream for not being mainstream

then again that’s probably just me being a weeb

There’s a little bit of that in mine but not too much, mine is mostly just post-hardcore and metalcore.

The old Taylor can’t come to the phone right now.