Didn't really know the appropriate place for this as it has multiple things in one. So I'll just leave it here.

VCE for AMD AND the Gaming Evolved APP lets you record in the loop continuously and then save on the fly with hotkeys.
I have seen some performance gain, it would be nice to for people to confirm this.
Works with GCN cards. I'm 7850 + i3 2120 so anyone else out there lemme know what gains / losses you see.
A bit finnicky.
(If I messed something up in the video please lemme know in the comments or in a post. I'm not the smartest person out there BY FAR

)
- Video explaining a bit more in depth on how to use it and stuff. It's kind of obvious for this forum though.
www.youtube.com/watch?v=uETEanVakY0
(If Embed does not work /watch?v=uETEanVakY0 )
What is VCE?
Gaming Evolved for Replay Recording
Codec download
Dxtory
OBS Fork

What happens when you try to use it WITHOUT a compatible card! 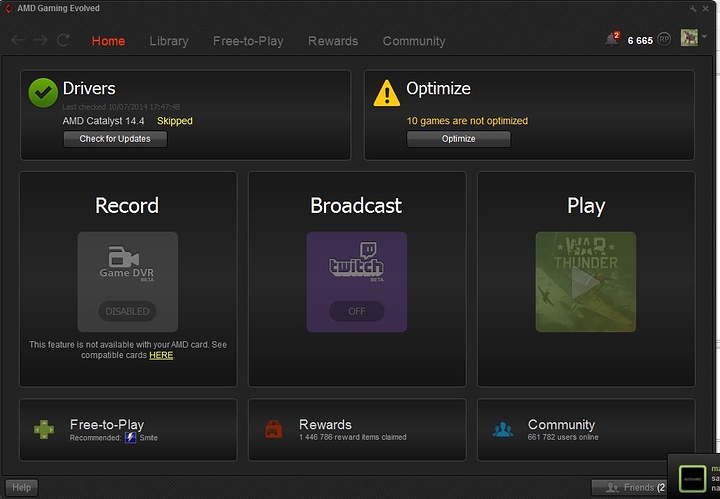 Credit to Joao for that link (friend with shitty PC)

This german post claims that VCE eats 1/3-1/4th of the FPS of the game while shadowplay only eats 5%?

I don't think that's entirely accurate but it's hard to determine because I don't own an nvidia card.

MSI Afterburner has support for VCE without openencodevfw.   I wonder how it compares to openencodevfw, mostly because it's probably more refined. I think I might test that too.