I plan on adding more storage to my computer that I use for programming, gaming and some light video editing.

My use case scenario:
Because I’m studying computer science, I play around with multiple programming languages. (mostly C#, Java and MySql)
For my well-being, I’m doing some web development that consists in: ReactJS for the front-end, NodeJS for the back-end and Adobe Suite (PS, AI) for design.
I’m also doing some light video editing in Premier Pro - a 10 minutes video once or twice a week.

Now, I’ve got a 250gb ssd for OS, programs, IDE and working files, projects + 1 TB HDD for vms, back-ups, games and finished projects - and it’s relatively fine.
I want to know if there’s any substantial benefit (performance wise) of adding another ssd just for the working files?
If there is, I have a budget of around 120$. For this amount, I can buy a 500gb 850 EVO or a 250gb 960 EVO nvme drive.

Hey bud, your ideal setup is what I’m rocking now.

If you migrate your VMs from the HDD to SSD, you’ll see an uptick in VM performance, especially when running multiple systems at a time.

Prior to having the Lab drive, I was getting decent performance out of my VMs when I had multiple systems online and IDEs/Editors a plenty open. Adding the Lab drive has allowed me to isolate my virtual environments, which have given less of a “bottleneck” when running 5+ virtual machines.

Mostly all in my head I’m sure, but I’ve seen disk utilization go down on all drives, which is nice.

I would say this. But people say that they can not notice the difference between a high speed SSD and a NVME SSD.

I know you want to use the new SSD for files, but I can’t imagine the files being so big that you can benfit from the NVME drive. So I say go for the one that can hold more stuff. The -

Unless if AdminDev says differently, then in that case go for what he says.

If I may chime in. Do you need extra storage? Or do you need the performance? If neither, go for the bigger drive. Even with the “limitation” of the SATA interface SSDs are usually quick enough for everyday workloads and at least for me having more storage is more beneficial than the extra speed that is not really needed with normal usage. 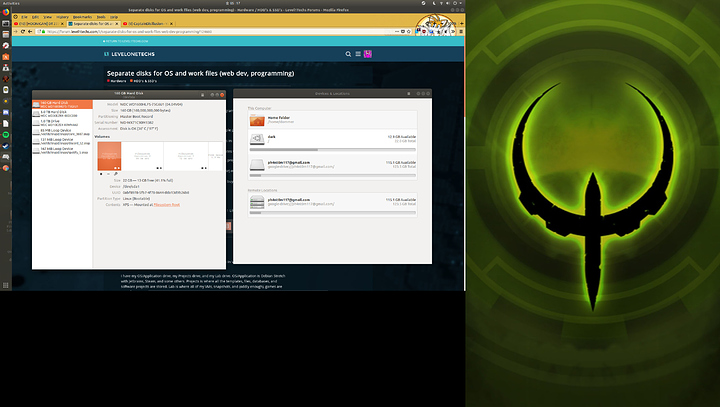 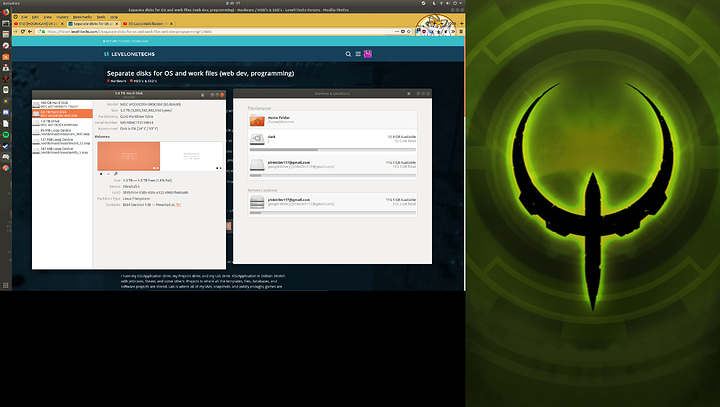 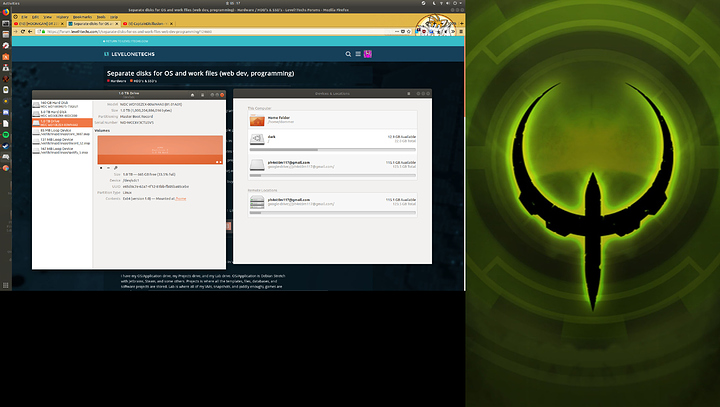 My machine partitions are thus:

Windows can’t do what I need to in system shit in general, but definitely not in drive setup.

Thank all of you for the answers. I think that I’ll go with the 500gb ssd for now and I might add a nvme drive in the future.

Shouldn’t make much of a difference which harddrive you use for VMs.
if anything id grab a mechanical harddrive with more space for your VM’s etc.
running a VM HD file of a SSD is sortta overkill, i mean You will experience a “small"
speed up, but it’s not going to be blazingly faster, and most likely it will be one of those
"Meh” experiences, but offcourse reducing the search time on a harddrive to near 0 will have a impact.
Reading/writing to a VM is usually buffered/managed by your OS, and that is where either to speed ups/slow downs happens.

Shouldn’t make much of a difference which harddrive you use for VMs.

I’m gonna disagree here, maybe if you are only running a few small VM’ with light-weight OS’s in them. If on the other hand you have a virtual lab where you are running Windows Server clusters etc. you will go insane waiting for 5 or 6 VM’s to start on a single HDD. Been there, done that, the SSD upgrade stopped me from killing myself head butting the desk

A good few years back one trick that even a small 30GB SSD could be used to hold the master virtual disk image for Windows, then all the Windows VM’s have differencing disks that are held on the HDD. I did this for the labs laptops back when I was running classes on SQL Server. Prior to that I needed to be in the class a good 20 minutes before the students to start the labs up.

Windows Server is bloated, thankfully large/cheap SSD’s and Server Core have made that less of an issue…