SEP: The Only Blog ON THIS SITE!

Don’t search the category, it only exists for my blog smh

This is definitely me not jumping on a bandwagon, a trend, and this will not die, I swear, in a few months after stagnating due to my own basic failings as a human bean.

But I have so much to write about, so let me ask you. What would you like to see?

I want you to do them all @SEP

Your username makes me think of Symantec

I’ll engage with the community on the weekend…

Since I have to dig up some stuffs.

I voted projects. Looking forward to it.

A year from now Level1Linux will be more than a channel, it’ll be an actual distro

it’ll be an actual distro

Oof, well we are off to a great start.
This post would have been an enumeration of projects I’ve done/working on, but over the weekend I wasn’t able to dig up the necessary hardware (it’s quite packed in after some family moved out); but don’t worry it is coming.

In the mean time, I didn’t want to leave you empty handed so…

TIME FOR SOME FILLER!1! 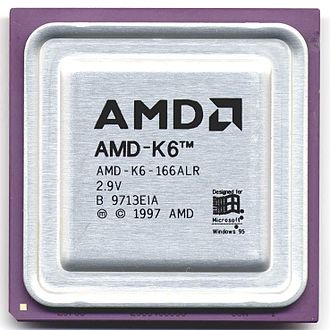 1997 was a damn good year for computing.
MMX was just a baby UwU (and the future was looking bright).

Wikipedia will tell you that this chip was based on the Nx686 microprocessor, a little project that the boys at NexGen was working on when it was acquired by a, one AMD.
Note that this is not the next evolution of the K5, this was NexGen design, not like the K5 which was just an AMD thing

Non-pipelined FPU aside, this CPU was a baller, I played so much Reader Rabbit, Zoombinis, and Roller Coaster Tycoon (without any slow down), not to mention DooM and Quake were absolutely a joy on it also. (yes we are talking several years after DooM’s release so it would be expected but–ssshhhhh, shutup no one likes you)

According to pcper.com, and my own recollection, it is to note that this was the start of a game between Intel and AMD in their struggle for that sweeeeet consumer dollars as the K6 was a warning shot across Intel’s bow. 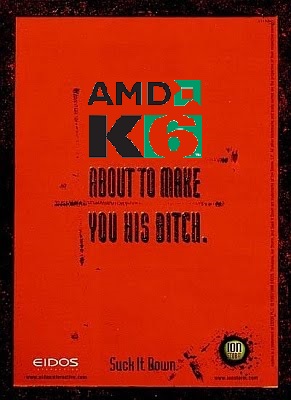 Not only could the K6 fit the same sockets that Pentium CPUs could, but it was marketed as an equivalent to the Intel Pentium II but much cheaper

Intel was not used to the kind of competition that we take for granted today.

NOT TO MENTION IT WAS SUPERSCALAR AND… WHAT’S THIS!? IT CAME WITH SPECULATIVE OUT-OF-ORDER EXECUTION!

as for speculative out-of-order execution…
man… just read up on it, it’s really cool, and too much for me to try to 'splain even in the most basic of senses I couldn’t do it justice.

I should have mentioned earlier, the AMD K6 (kickass microprocessor) was launched April 2nd, 1997, it’s an Aries if you were wondering (known for innate determination and passion)

In 1999 a later version of the K6, the AMD K6-2 added floating-point-based SIMD instructions (aka 3DNow!)

A nice comparison between the previous K5 and the new kid on the block (K6), and some more information (there’s probably overlap I wasn’t paying attention)

I don’t know how to end these sort of things, but I just really love the AMD K6, it was the beating heart of the very first computer I ever used, which if I ever get to putting out that project post, that computer will make a cameo (yes I still own it, and it still works with the original HDDs iirc) 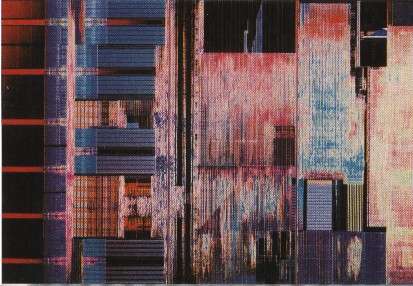 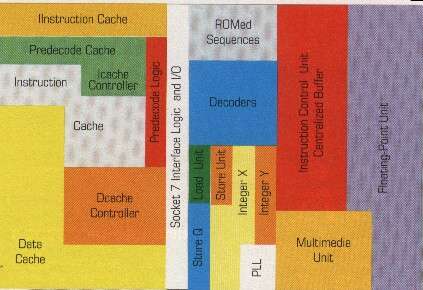 Praise be, my dad had one of these

also why have you not shared this yt channel b4? Looks great

AMD got me early hahaha, didn’t even have a chance lol

my dad had one of these

also why have you not shared this yt channel b4? Looks great

I kind of went on youtube rabbit-hole of K6 videos and I found him, I’ve seen his stuff before but I didn’t know the channel lol

He is Ubuntu only, swore off windows after 7 iirc, didnt even know what arch is…or you are playing the long con…hmmmm

He is Ubuntu only, swore off windows after 7 iirc, didnt even know what arch is…or you are playing the long con…hmmmm